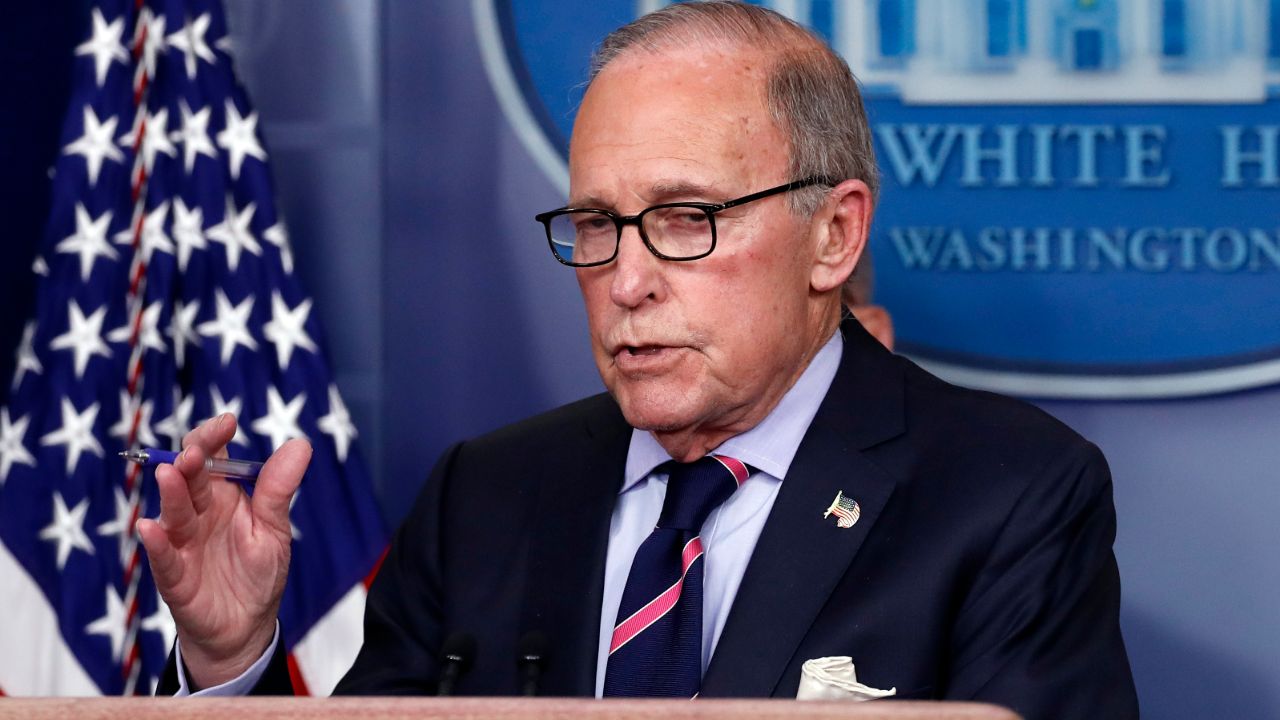 Kudlow: The spirit to go back to work is there

National Economic Council Director Larry Kudlow argues the worst of the coronavirus pandemic is over and the U.S. economy is getting ready to reopen. He also discussed the GDP drop and Gilead's progress in Remdesivir as a treatment.

President Trump's chief economic adviser Larry Kudlow on Wednesday predicted the U.S. economy will experience a big "snapback" from the coronavirus pandemic in the latter half of 2020.

"I think the second half of this year is going to grow, big snapback," Kudlow told FOX Business' Stuart Varney, suggesting growth could be as high as 20 percent.

Still, the severity of the coronavirus-induced downturn will be reflected more accurately in the second quarter, when the nation's economy came to a near standstill to mitigate the spread of the virus. Estimates vary widely — Goldman Sachs forecast a decline of 34 percent — but economists agree it'll be grim, possibly surpassing the worst of the Great Depression.

Kudlow talks with reporters about the impact of the Coronavirus on markets in the Brady Press Briefing Room of the White House, Feb. 28, 2020. (AP Photo/Evan Vucci)

"I think the economy is going to suffer through some really bad numbers," Kudlow said.

In the past five weeks, the number of American workers filing first-time claims for jobless benefits surged to 26 million, indicating the unemployment rate is close to 16 percent, significantly higher than it was during the worst of the Great Recession.

The government has attempted to blunt the economic pain inflicted by the virus outbreak with four stimulus packages, including the $2.2 trillion CARES Act — the largest in recent memory — signed into law at the end of March.

Kudlow did not rule out the possibility of a fifth stimulus package but maintained that any new policy measures need to create incentives to grow in the "longer-term," including a payroll tax holiday, small business regulatory relief, infrastructure plan and liability protection for companies. The liquidity and cash phase of relief, Kudlow said, is coming to an end.

"I'd like to see a more incentive-minded approach that'll get this economy roaring," he said. "We'll come out of the chute in the second half and go right into 2021 with a very positive rebound."