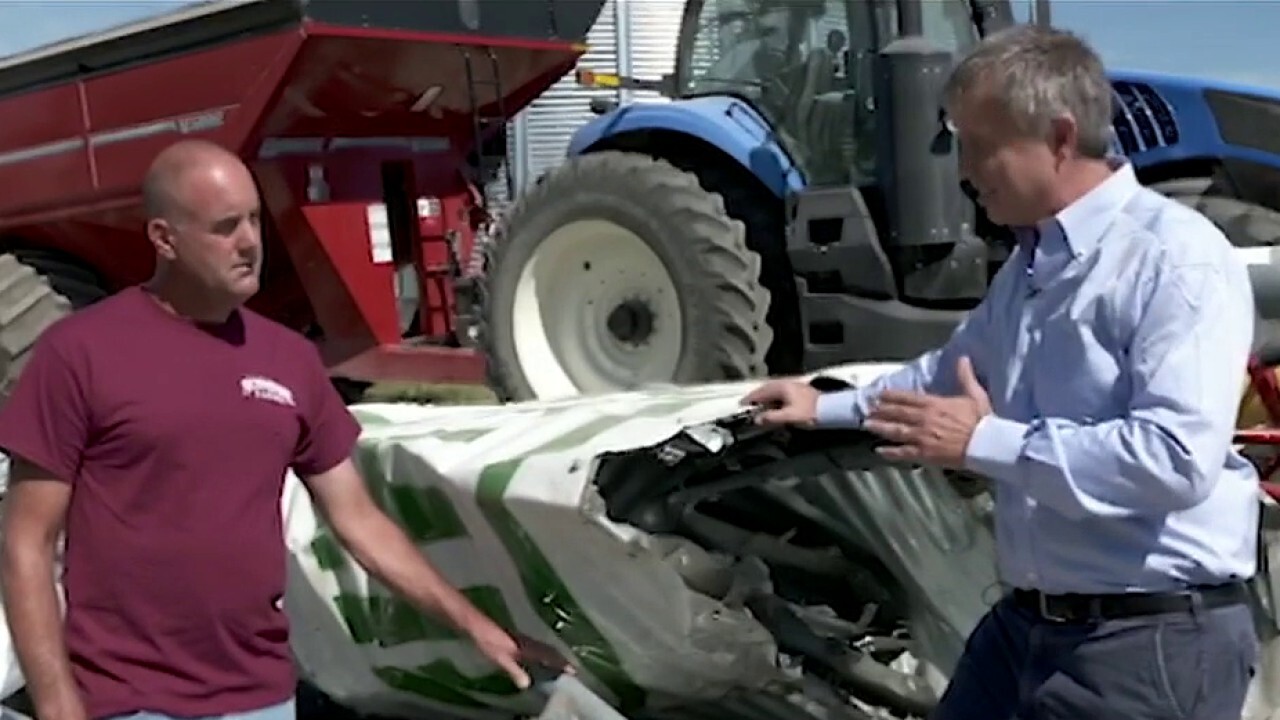 Iowa farmers say it will be a massive undertaking to recover from a hurricane-force storm that damaged an estimated 14 million acres of farmland earlier this month.

On Aug. 10, a dangerous wind event known as a derecho tore through Iowa with wind gusts of up to 140 mph, devastating thousands of farms.

Even though over half the state’s corn has been affected, Lillibridge said the greater problem is the widespread damage to storage bins, a situation he described as a looming natural disaster that could affect the nation’s food supply.

“The chance of getting new bins built in a timely manner before harvest is slim to absolutely none,” he said.

TAMA, IA - AUGUST 11: In this aerial view from a drone, corn plants are shown pushed over in a storm-damaged field on August 11, 2020 in Tama, Iowa. Iowa Gov. Kim Reynolds said that early estimates indicate that 10 million acres, or nearly a third of

President Trump said last week that he signed the emergency declaration, but federal emergency management officials later confirmed he had only signed a portion of the request.

He approved about $45 million of the public assistance portion of the governor’s request, which covers 16 counties, to provide debris removal and to repair government buildings and utilities.

He did not approve the individual assistance request for 27 counties that includes $82.7 million for homes destroyed or with major damage and $3.77 billion for agriculture damage to farmland, grain bins and buildings and $100 million for private utility repairs.

Lillibridge said that without federal assistance some farmers may not recover.

“With the lack of federal response in this situation it’s just hard for anybody to have any direction and some will probably just go under and be done because they just don’t know where to go or what to do,” he said.