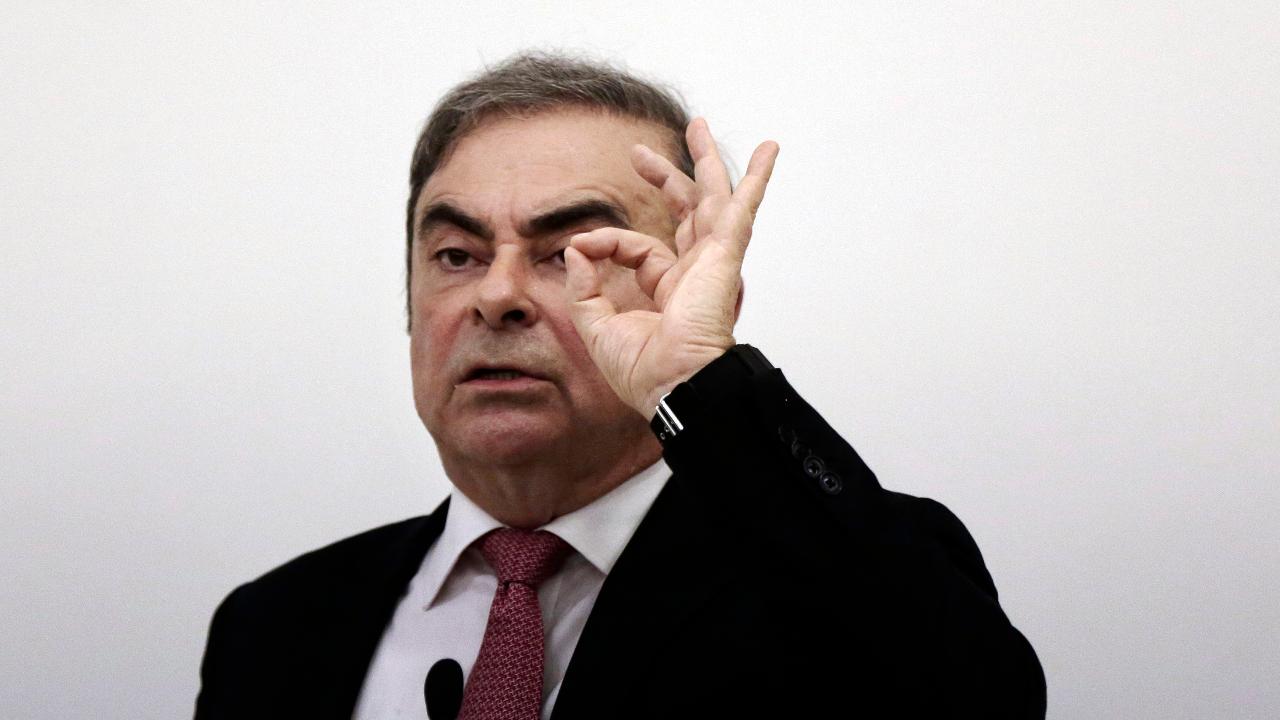 Carole Ghosn: Japan wants to punish Carlos, me for speaking out

Former Nissan chairman Carlos Ghosn and his wife Carole Ghosn speak out about injustice in Japan and share their story with FOX Business' Maria Bartiromo.

For the first time since being reunited, former Nissan Chairman Carlos Ghosn and his wife Carole spoke out together on Thursday about the injustices they say they’ve faced since the ex-auto boss was arrested in Japan last year.

“Anything is better than Carlos being in Japan,” Carole Ghosn said in an interview on FOX Business’ "Mornings with Maria."

While being held in Japan, Carlos Ghosn said he was interrogated day and night and lied to by Japanese authorities.

WHO IS CARLOS GHOSN AND HOW MUCH IS HE WORTH?

Carlos Ghosn said Japanese officials would take any information he gave them in order to build a case against him, and as a threat, did not allow him to contact his family.

“That’s why, after a while, I didn’t talk anymore,” he said. “The only reason why they wanted to talk to me is to make their case stronger.”

CARLOS GHOSN'S AMERICAN FAMILY: WHO'S WHO?

Carlos Ghosn and his wife Carole Ghosn at the 71st edition of the Cannes Film Festival in Cannes, southern France. May 11, 2018. (Photo by Alberto PIZZOLI / AFP)

Carole Ghosn experienced unjust treatment herself, even though her husband was the person of interest, she said. Japan issued a warrant for her arrest earlier this week, just a day before Carlos Ghosn was scheduled to speak at a press conference Wednesday. She deems the actions on behalf of Japanese authorities to be a scare tactic and used to “humiliate” the couple.

“It’s a bit disturbing, all of this,” she said. “And it makes no sense. They’re just being vindictive. They want to punish [Carlos Ghosn] and punish me for speaking out against their judicial system.”

The former Nissan executive said that he is speaking out for the “tens of thousands of people” who experience Japan’s justice system but do not have the same voice as he does.

“The battle today is to try to fight against the system because there is no way you can escape,” he said while also issuing a warning to foreign workers in Japan: “You don’t know how much of a risk you’re taking until this hostage justice system is changed," he said.

Carlos Ghosn said he's surrendered his passport to Lebanese authorities in good faith and is willing to cooperate.