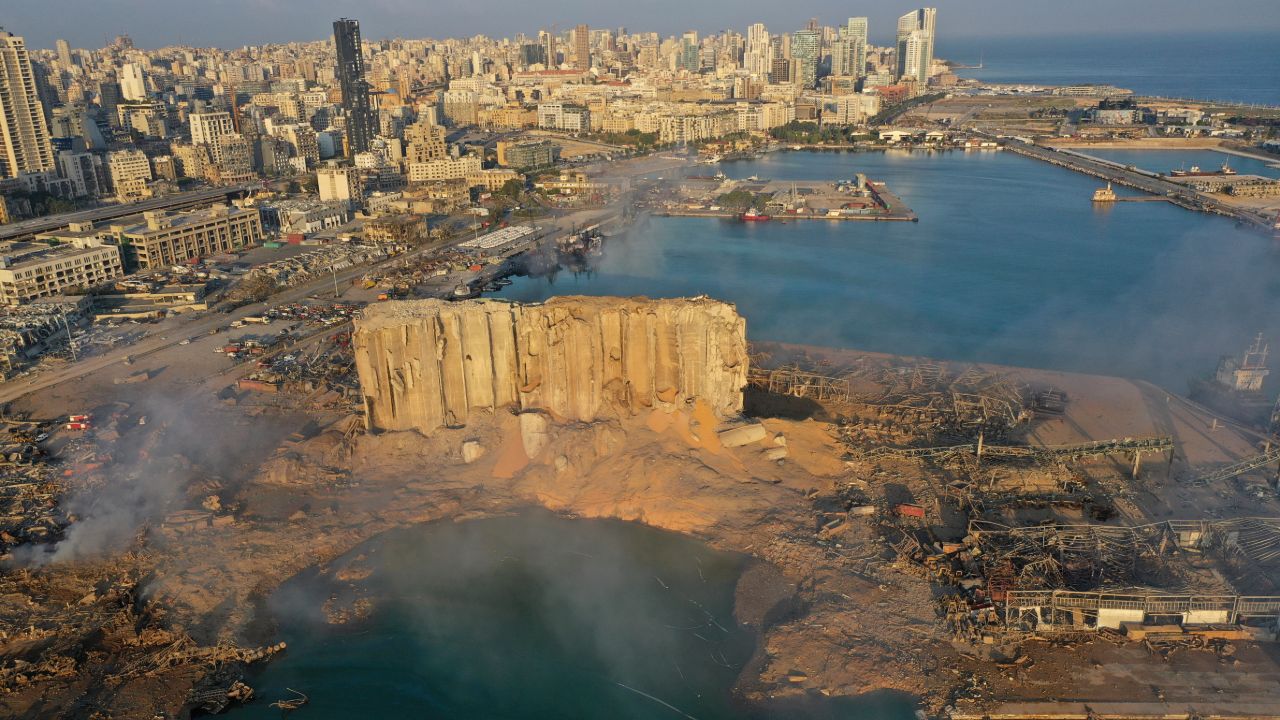 BEIRUT — A team of FBI investigators is due to arrive in Lebanon this weekend to take part in the probe of Beirut’s massive explosion, a senior U.S official said on Saturday after visiting the location of the blast.

David Hale, U.S. undersecretary of state for political affairs, called for a thorough and transparent investigation. He said the FBI team is taking part at the invitation of Lebanese authorities in order to find answers about what caused the Aug. 4 explosion which killed nearly 180 people and wounded thousands.

The cause of the fire that ignited nearly 3,000 tons of ammonium nitrate at Beirut’s port remains unclear. Documents have emerged showing the country’s top leadership and security officials were aware of the chemicals stored at the port. French investigators are also taking part in the Lebanese-led probe.

‘NO WAY WE CAN REBUILD’: LEBANESE COUNT HUGE LOSSES AFTER BEIRUT BLAST

“We really need to make sure that there is a thorough, a transparent and credible investigation. I know that is what everyone is demanding,” Hale said.

Search and rescue crews flew in from around the world in the immediate aftermath. Hale toured the site of the blast with Lebanese army officers.

Many Lebanese want the probe taken out of the hands of their government, fearing that bickering among the long-entrenched political factions, notorious for corruption, won’t allow any results to come to light that are damaging to their leadership.

In this August 5, 2020 file photo, smoke rises from the scene of an explosion that hit the seaport of Beirut, Lebanon. (AP Photo/Hussein Malla, File)

Top Lebanese officials, including President Michel Aoun, have rejected calls for an independent probe, describing it as “a waste of time” that would be politicized.

Late Friday, the leader of the powerful Hezbollah group said that he did not trust any international investigation, in a clear reference to the FBI assistance. Hassan Nasrallah said the cause of the explosion is still unclear, adding that any international probe would also have to clear Israel of any responsibility in the port explosion.

Nasrallah added that Israel will be met “with an equally devastating response” if the investigation points to its involvement.

Israel has denied involvement and so far no evidence has emerged suggesting otherwise. However, Aoun, who is supported by Hezbollah, has said it’s one of the theories being investigated.

French and Lebanese firemen search in the rubble of a building after the Tuesday explosion at the seaport of Beirut, in Beirut, Lebanon, Thursday, Aug. 6, 2020. (AP Photo/Hassan Ammar)

On Saturday, French investigators were seen in boats and on the ground near the scene of the blast. A French helicopter carrier was docked at the port as French troops were unloading equipment.

French troops on foot and in vehicles were moving around the port. At a commercial part of the port that was not damaged by the blast, workers were unloading wheat. The U.N says 30% of the port remains operational.

Hale also stressed the need for full state control over ports and borders, in an apparent reference to claims that Hezbollah holds influence over both in Lebanon.

“We can never go back to an era in which anything goes at the port or borders of Lebanon,” he said.

Aftermath of a massive explosion is seen in in Beirut, Lebanon, Tuesday, Aug. 4, 2020. (AP Photo/Hassan Ammar)

Under pressure, Lebanon’s government resigned on Aug.10. For now, there are no formal consultations underway on who will replace Hassan Diab as prime minister and no likely candidate has emerged. But the flurry of diplomatic visits appeared designed to influence the forming of the new government.

Popular anger has swelled over the ruling elite’s corruption, mismanagement and political uncertainty. Western leaders have said they will send aid directly to the Lebanese people and that billions of dollars will not be pumped into the country before major reforms take place.

On Friday, the United Nations launched a $565 million appeal for Lebanon with immediate humanitarian assistance and initial recovery efforts.

Washington and its allies consider Hezbollah a terrorist organization, and have accused the Iran-backed group of abusing government funds. Local media have speculated that Hale would be pushing for a government that excludes Hezbollah.

Firefighters carry the coffin of their comrade Ralph Malahi, 23, who died in the Aug. 4 explosion that hit the seaport of Beirut, Lebanon, Saturday, Aug. 15, 2020. (AP Photo/Felipe Dana)

Also on Saturday, families and friends buried Ralph Malahi, a 23-year old firefighter who was among 10 firefighters killed in the explosion.

Malahi was given a hero's funeral, starting from the firefighter center. Lifting Malahi's coffin, thousands paraded through different parts of the city, shooting in the air in commemoration. His body finally arrived at a church in Furn el-Chebak neighborhood in Beirut where prayers were held for Malahi.

Malahi is the seventh firefighter to be retrieved from under the debris in the port at the scene of the blast. Three remain missing.

Malahi's mother, weeping, blamed the government for her son's death. “Why did you not evacuate the port?” she said, in reference to the government's knowledge that highly explosive material was stored at the port.