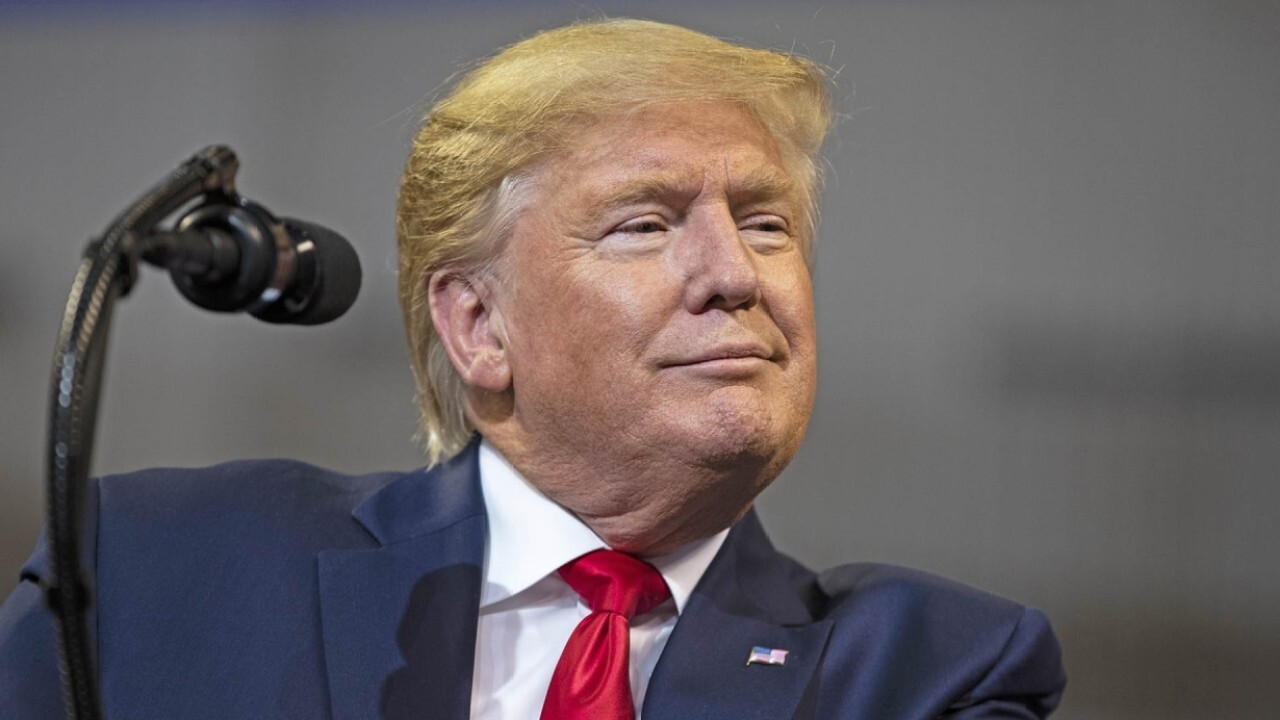 Facebook shares have slipped, reversing earlier gains in the pre-market, after the social media giant's oversight board upheld its ban on former President Trump's account.

The oversight board determined that two posts by former President Trump on Jan. 6 "severely violated" Facebook's community standards. The declarations "We love you. You’re very special" in Trump's first post and "great patriots" and "remember this day forever" in his second post violated Facebook’s rules prohibiting praise or support of people engaged in violence.

"The Board found that, in maintaining an unfounded narrative of electoral fraud and persistent calls to action, Mr. Trump created an environment where a serious risk of violence was possible," the board explained. "At the time of Mr. Trump’s posts, there was a clear, immediate risk of harm and his words of support for those involved in the riots legitimized their violent actions. As president, Mr. Trump had a high level of influence. The reach of his posts was large, with 35 million followers on Facebook and 24 million on Instagram."

"Given the seriousness of the violations and the ongoing risk of violence, Facebook was justified in suspending Mr. Trump’s accounts on January 6 and extending that suspension on January 7," the board continued.

However, the oversight board also noted in its decision that Facebook "did not follow a clear published procedure" and that it was not appropriate for the platform to "impose the indeterminate and standardless penalty of indefinite suspension." Facebook's normal penalties include removing the violating content, issuing a time-bound period of suspension, or permanently disabling the page and account.

According to the board, Facebook's role is to "create and communicate necessary and proportionate penalties that it applies in response to severe violations of its content policies."

"In applying an indeterminate and standardless penalty and then referring this case to the Board to resolve, Facebook seeks to avoid its responsibilities," the board said. "The Board declines Facebook’s request and insists that Facebook apply and justify a defined penalty."

Facebook has been ordered to complete a review of the matter within six months of Wednesday's decision to determine and justify a proportionate response. The board emphasized the penalty must be based on "the gravity of the violation and the prospect of future harm" and consistent with the platform's rules for severe violations, which it says should be "clear, necessary and proportionate."

"If Facebook decides to restore Mr. Trump’s accounts, the company should apply its rules to that decision, including any changes made in response to the Board’s policy recommendations," the board added. "In this scenario, Facebook must address any further violations promptly and in accordance with its established content policies."

The oversight board explained that while the same rules should apply to all users, its important to factor in context when assessing "the probability and imminence of harm," including for "influential users." The board also stressed that newsworthiness considerations "should not take priority when urgent action is needed to prevent significant harm."

The board recommended that Facebook publicly explain the rules that it uses when it imposes account-level sanctions against influential users.

"These rules should ensure that when Facebook imposes a time-limited suspension on the account of an influential user to reduce the risk of significant harm, it will assess whether the risk has receded before the suspension ends," the board said. "If Facebook identifies that the user poses a serious risk of inciting imminent violence, discrimination or other lawless action at that time, another time-bound suspension should be imposed when such measures are necessary to protect public safety and proportionate to the risk."

It also recommended that Facebook should suspend the accounts of a head of state or high government official for a specified period of time if they have repeatedly posted messages that pose a risk of harm under international human rights norms. Suspension periods should be long enough to deter misconduct and may, in appropriate cases, include account or page deletion.

Other board recommendations proposed to Facebook can be found in its decision here.

So far this year, Facebook shares have gained over 16%. However, the Nasdaq Composite has started to face headwinds as investors rotate out of large-cap tech into more cyclical names.