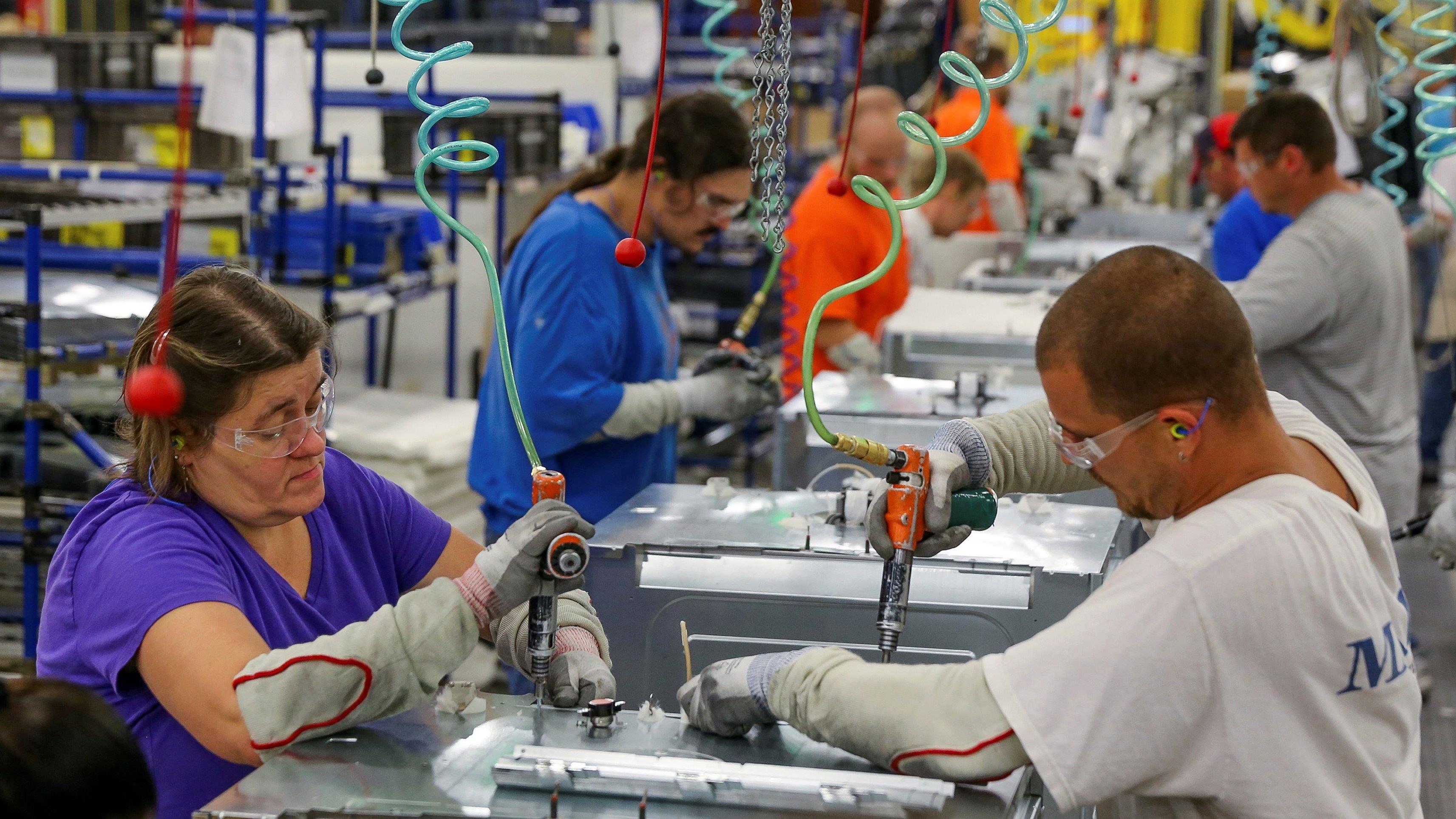 FBN's Liz MacDonald and TJM Investments SVP Scott Shellady discuss 1Q GDP and whether the economy is headed towards recession.

After a rough start to 2016, data from the Commerce Department confirmed what many on Wall Street suspected: Growth in the world’s biggest economy slowed in the first quarter.

U.S. economic growth dropped to its slowest pace in two years during the first three months of the year as gross domestic product increased at a seasonally-adjusted annualized rate of 0.5%. That’s down from growth of 1.4% in the fourth quarter of 2015, and below consensus estimates for a 0.7% pace.

U.S. Economy Stalls in 1Q, Grows 0.5%
Weekly Jobless Claims Rise by 9,000
Fed Decision Had 'Something for Everyone'
Market Strategist: Earnings Showing a Bit of Caution
Under the Hood: Why Stocks Are Notching Fresh '16 Highs

Scott Shellady, SVP of derivatives at TJM investments told FOX Business Network’s Stuart Varney that, in his views, these data should have set off alarm bells on the Street. However, equity markets were mostly flat on Thursday following the data’s release.

Shellady said in his view, the chance of a recession in the U.S. went up to 50% from about 40% after the data’s release.

IHS Chief Economist Nariman Behravesh noted that the biggest concern for him was the 5.9% drop in non-residential fixed investment, and a 10.7% plunge in structure spending, or investments on the construction of oil rigs, factories, machinery and the like.

“The story behind the ongoing decline in structures is fairly clear – the plunge in oil prices early in the year triggered another sharp decline in energy sector capex,” he explained in a research note.

Further, Behravesh explained that the drop in equipment spending could be due in large part to increased caution for corporations after the stock-market turmoil in the first two months of the year.

“We expect that business fixed investment will show some positive growth in the second quarter, as rising oil prices bring an end to the energy sector rout and as diminished financial sector stress gives businesses more confidence,” he explained.

Barclays economist Jesse Hurwitz, in a note, agreed that the first-quarter slowdown is unlikely to persist, and more robust growth in the latter part of the year will likely be helped by increased consumer confidence.

“A sizeable portion of this slowdown [in personal consumption] was due to motor vehicle sales, however, which moved back toward a more sustainable pace of sales…other categories of durable goods consumption including furnishings and recreational goods have continued to grow in line with recent trends,” Hurwitz noted.

Barclays expects to see continued strength in the labor market and strong household income growth to encourage consumer spending in the second quarter.