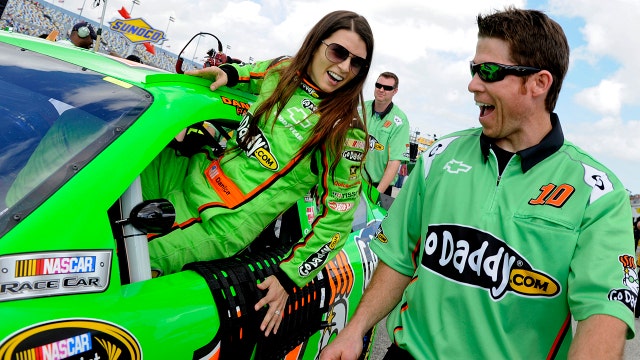 The two things that make Danica Patrick hit the brakes

NASCAR driver Danica Patrick says she tries to stay away from these two things when talking publicly.

Danica Patrick is talking to other NASCAR teams about continuing her career next season.

Sponsorship woes ended Patrick’s tenure with Stewart-Haas Racing, which announced earlier this month that the 35-year-old driver would not return in 2018. Smithfield Foods reached a deal with Stewart-Haas to sponsor a different driver in the No. 10 Ford (NYSE:F).

Patrick also refuses to rule out a return to IndyCar. But she understands both options are long shots and one of NASCAR's more popular drivers could be heading toward the final seven races of her career, starting with Dover on Sunday.

Teammate Kevin Harvick, the 2014 NASCAR Cup Series champion, told FOX Business that Patrick has the brand and track record to find a new sponsor and team for next season, a difficult task at this point in the year.

Patrick says winning the pole for the 2013 Daytona 500 was a NASCAR career highlight. She has no career top-five finishes in 182 career Cup starts.