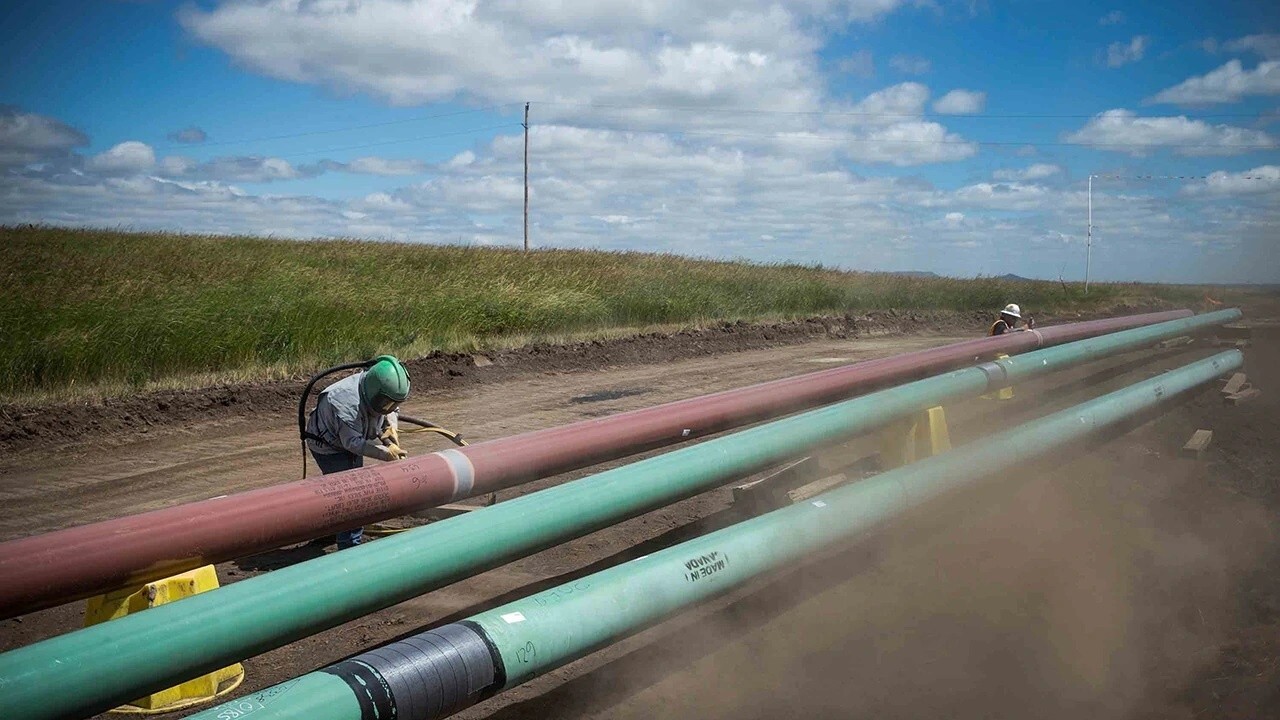 A federal judge will hear arguments Friday about whether the Dakota Access oil pipeline should be allowed to continue operating without a permit while the U.S. Army Corps of Engineers conducts an environmental review.

The $3.8 billion Dakota Access pipeline transports 570,000 barrels of oil each day from the Bakken Shale in North Dakota to an oil terminal in Illinois. It is the safest and most efficient way to transport the oil, according to operator Energy Transfer Partners.

The pipeline has been under environmental review since March 2020. It was approved in 2017 in the early days of the Trump administration after being denied by his predecessor, former President Barack Obama.

The Biden administration did not respond to FOX Business’ request for comment.

"Shutting down an operational pipeline to address procedural matters is unprecedented, and only hurts working families and American consumers," said Robin Rorick, vice president of midstream at the American Petroleum Institute, a national trade group representing about 600 oil and gas members.

The Dakota Access pipeline supports thousands of U.S. jobs and provides hundreds of millions of dollars in annual tax revenue.

A 16-month shutdown of the pipeline would eliminate 7,400 jobs and reduce oil and gas extraction and producer income taxes in North Dakota and Montana by $921 million over a 28-month period, according to a study conducted by consulting firm ICF at the request of the API.

Additionally, shutting down the pipeline would cost Corn Belt farmers more than $1 billion in annual revenue and "drive up food costs for consumers" as oil would need to be transported by rail, taking up key space on cars needed to transport agricultural products, according to a legal filing made last fall by agricultural economist Elaine Kub.

More than 200 celebrities, including NFL star Aaron Rodgers and actor Ryan Reynolds, sent a letter to the Biden administration in February calling for its closure due to its impact on the environment and on the lives of the indigenous people who live in the area.

Biden, in the days following his inauguration, signed a number of executive orders aimed at "transitioning" the U.S. economy away from fossil fuels.

Those orders included canceling the Keystone XL pipeline’s permit, implementing a temporary ban on new permits and leases for oil and gas drilling on federal lands and waters and rejoining the 2016 Paris climate agreement, among other things.