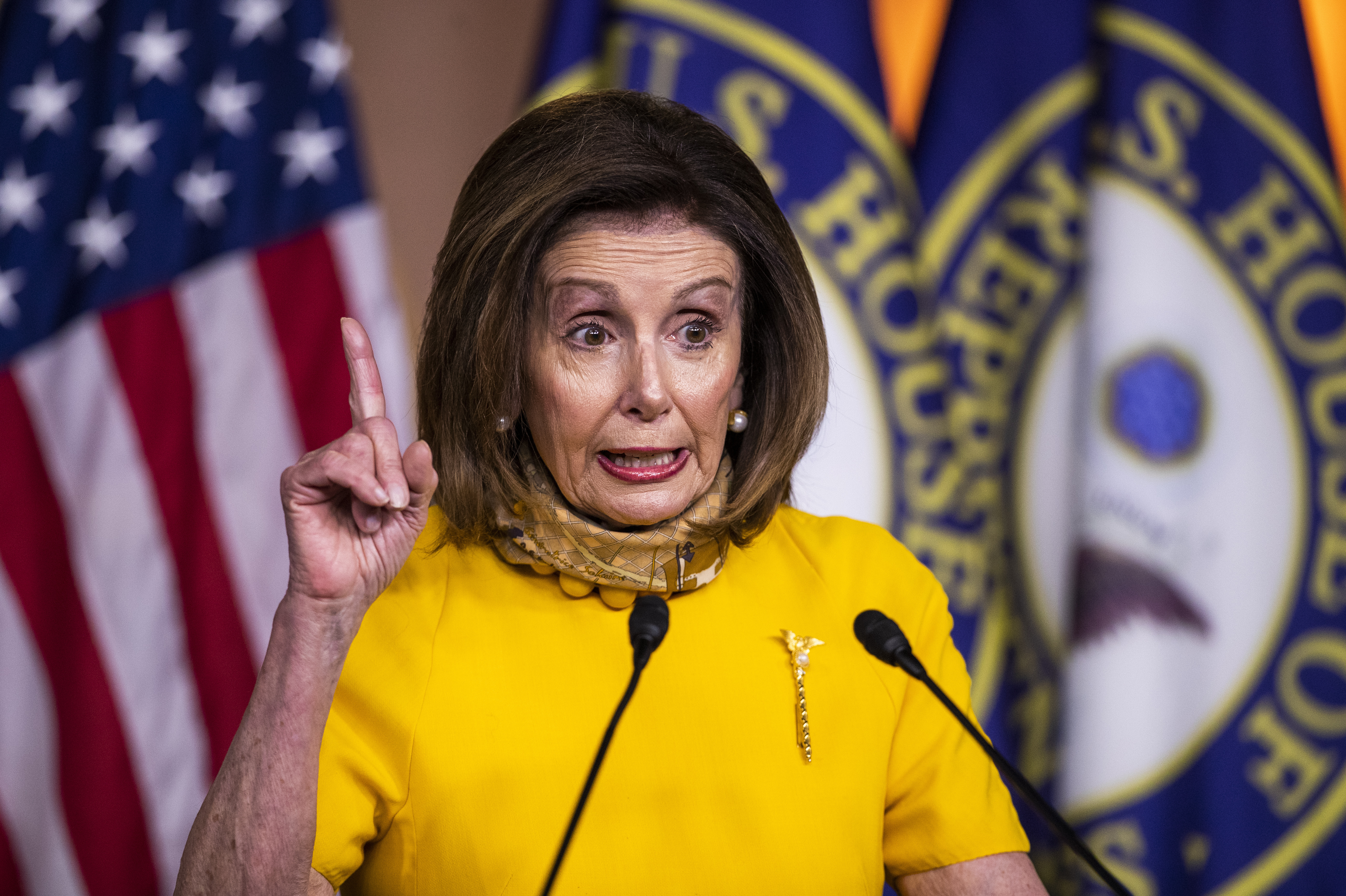 An overhaul of small business aid will be the next thing Congress focuses on in hopes of helping employers reopen shops and survive coronavirus pandemic.

Legislation that would give small employers more time to take advantage of federal subsidies for payroll and other costs is expected to pass the House this week.

Lawmakers are returning this week for an abbreviated two-day session.

So far, no formal talks have been scheduled between congressional leaders on the next “phase” of the federal coronavirus response.

Democrats have already pushed a $3 trillion-plus measure through the House, but negotiations with the GOP-controlled Senate and White House have yet to begin.

“We can’t keep propping up the economy forever,” Senate Majority Leader Mitch McConnell said Tuesday in Lexington. It was one of his first public appearances in his home state of Kentucky since mid-March due to the pandemic.

In this May 19, 2020, photo, Senate Majority Leader Mitch McConnell of Ky., speaks with reporters after meeting with Senate Republicans at their weekly luncheon on Capitol Hill in Washington. Congress is at a crossroads in the Covid-19 crisis. Lawmak

“The ultimate solution is to begin to get back to normal,” he said. “There are three things that are essential to have full normalcy — testing, treatment and vaccine.”

Senate Republicans are divided on the next steps and wary of another sprawling negotiation where Democrats and the White House call the shots.

Republicans are enthusiastic about improving The Paycheck Protection Program, which was established in March under the $2 trillion CARES Act and was replenished last month. All told, Congress has provided about $660 billion for the program.

Sen. Marco Rubio, R-Fla., a key architect of the aid, said in an interview that the program has shifted from one that was intended to keep paychecks flowing during the shutdown to a bridge to help businesses pay workers as they reopen — in many cases, at less than full capacity.

The House bill would provide a 24-week window to spend PPP funds and would eliminate a requirement that 75 percent of the forgivable loans be used for payroll costs. The goal is to give business more flexibility to pay rent and other overhead costs such as installing protective equipment.

Under the original program, businesses are required to spend their loan money within the eight-week window to have their loans forgiven. That deadline is fast approaching.

Without forgiveness, they would face a debt burden that, for many, would be hard to bear in a struggling economy.

But the eight-week window has created a dilemma, particularly for restaurants. Under the law, they were required to rehire all their laid-off workers despite being closed or limited to takeout and delivery. Many restaurant owners feared that they would use up their loan money before being allowed to reopen, or re-opening with reduced revenue due to social distancing requirements.