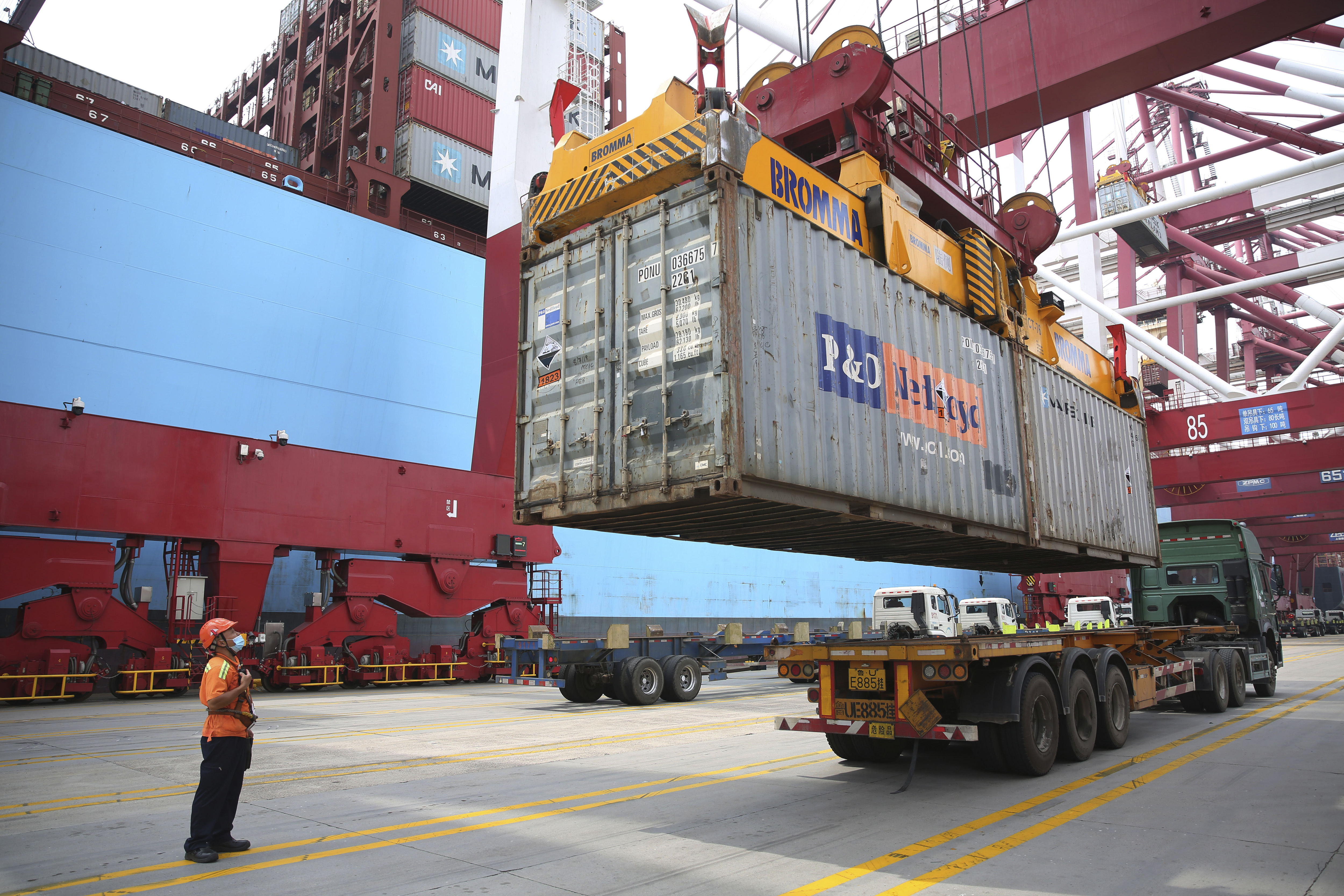 China’s trade improved in June in a fresh sign the world’s second-largest economy is recovering from the coronavirus pandemic. But its exporters face threats including tension with Washington and a possible downturn in U.S. and European demand.

Imports of U.S. goods surged 10.6 percent to $10.4 billion despite tariff hikes in a fight with Washington over trade and technology. Exports to the United States gained 1 percent to $39.8 billion.

China, where the pandemic began in December, was the first economy to start the struggle to revive normal business activity in March after declaring the virus under control. Manufacturing is recovering, but consumer spending is weak. Forecasters say exports are likely to slump as demand for masks and other medical supplies recedes and U.S. and European retailers cancel orders.

Leading indicators “suggest that exports will start to contract again before long,” Martin Rasmussen of Capital Economics said in a report.

Relations with the United States, China’s biggest national export market, have deteriorated to their lowest level in decades.

CHINA TRADES SANCTIONS WITH US IN ROW OVER UIGHUR MUSLIMS

Disputes over Hong Kong, human rights and the South China Sea added to strains that began with a tariff war launched by the Trump administration in 2018 over Beijing's technology ambitions and trade surplus.

The two sides have announced sanctions on some prominent Chinese and U.S. political figures in a dispute over abuses in the northwestern region of Xinjiang, though it is unclear whether those officials will be affected.

President Donald Trump said Friday that work on the second stage of a deal aimed at ending the tariff war is a low priority because relations were “severely damaged” by Beijing’s handling of the pandemic.

The two sides signed a “phase one” agreement in January to postpone further penalties but tariff increases already imposed stayed in place.

CHINA TO IMPOSE VISA RESTRICTIONS ON US INDIVIDUALS OVER HONG KONG

China's June imports were boosted by a 74 percent increase in purchases of U.S. soybeans under a pledge by Beijing in that January agreement to narrow its trade surplus with the United States by importing more food and other goods.

“China’s imports from the U.S. will likely remain elevated in the second half of this year,” said Nomura economists in a report.

Imports of U.S.-made semiconductors accelerated to 18.6 percent growth over a year earlier, which Citigroup economists suggested might have been motivated by concern U.S. export sanctions imposed on Chinese tech giant Huawei Technologies Ltd. will be fully enforced once a temporary postponement ends.

Imports “should continue to ramp-up” as the government spends more to support economic recovery and consumer demand, Rasmussen said.

The Chinese economy shrank by 6.8 percent in the first quarter, its worst performance since at least the mid-1960s. The ruling party skipped announcing an annual economic growth target, but private sector forecasts range from low single digits to a small contraction.

Some forecasters raised their outlook slightly after factory activity in May improved more than expected.