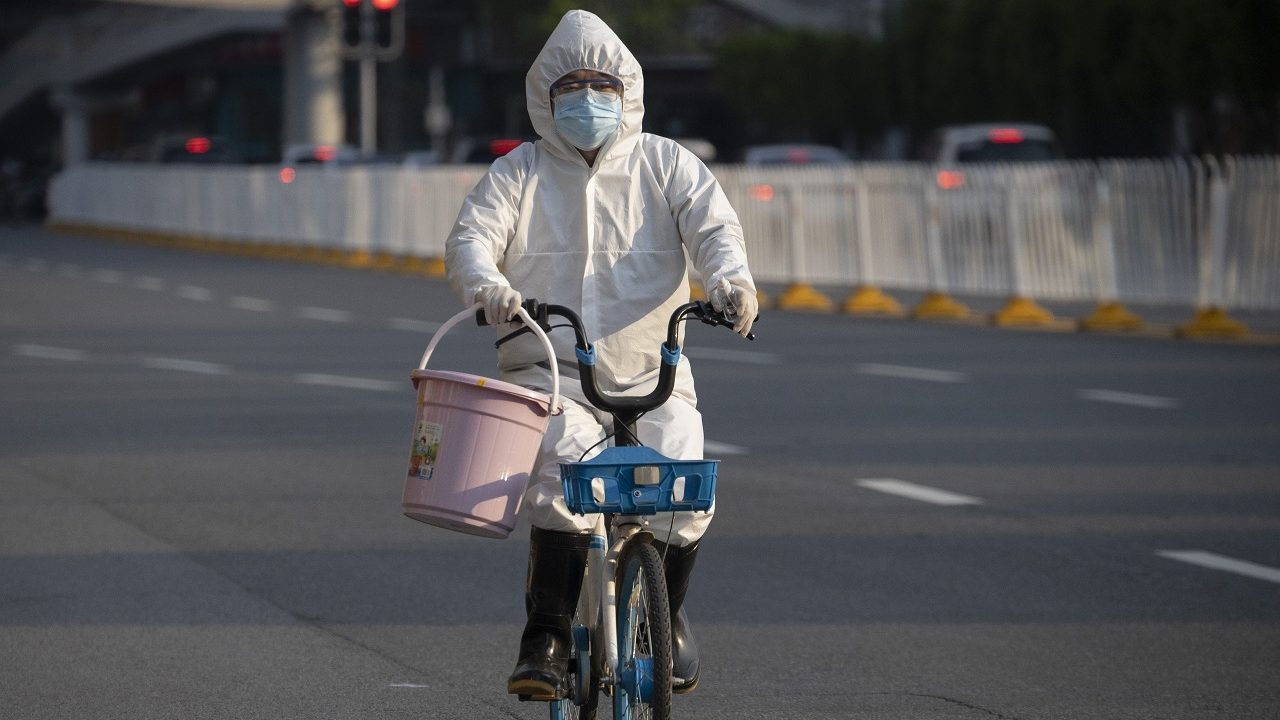 (AP) — China is denying allegations that the coronavirus pandemic may have originated in a laboratory near the city of Wuhan where contagious samples were being stored.

Foreign ministry spokesman Zhao Lijian cited the head of the World Health Organization and other unidentified medical experts as saying there is no evidence that transmission began from the lab and there is "no scientific basis" for such claims.

"We always believe that this is a scientific issue and requires the professional assessment of scientists and medical experts," Zhao said at a daily briefing Thursday.

VIRUS SPRANG FROM WUHAN LAB AS CHINA STROVE TO COMPETE WITH US: SOURCES

China also has strongly denied that it delayed announcing the virus outbreak in Wuhan and under-reported case numbers, worsening the impact on the U.S. and other countries.

A resident wearing mask and suit against the coronavirus cycles in Wuhan in central China's Hubei province on April 12. (AP Photo/Ng Han Guan)

The virus is widely believed to have originated with bats and to have passed via another species to humans at a wildlife and seafood market in Wuhan, although a firm determination has yet to be made.

Allegations of a leak of the virus from the lab have been made in U.S. media without direct evidence and President Donald Trump has vowed to suspend funding for the World Health Organization, partly because of what he says is its pro-China bias.