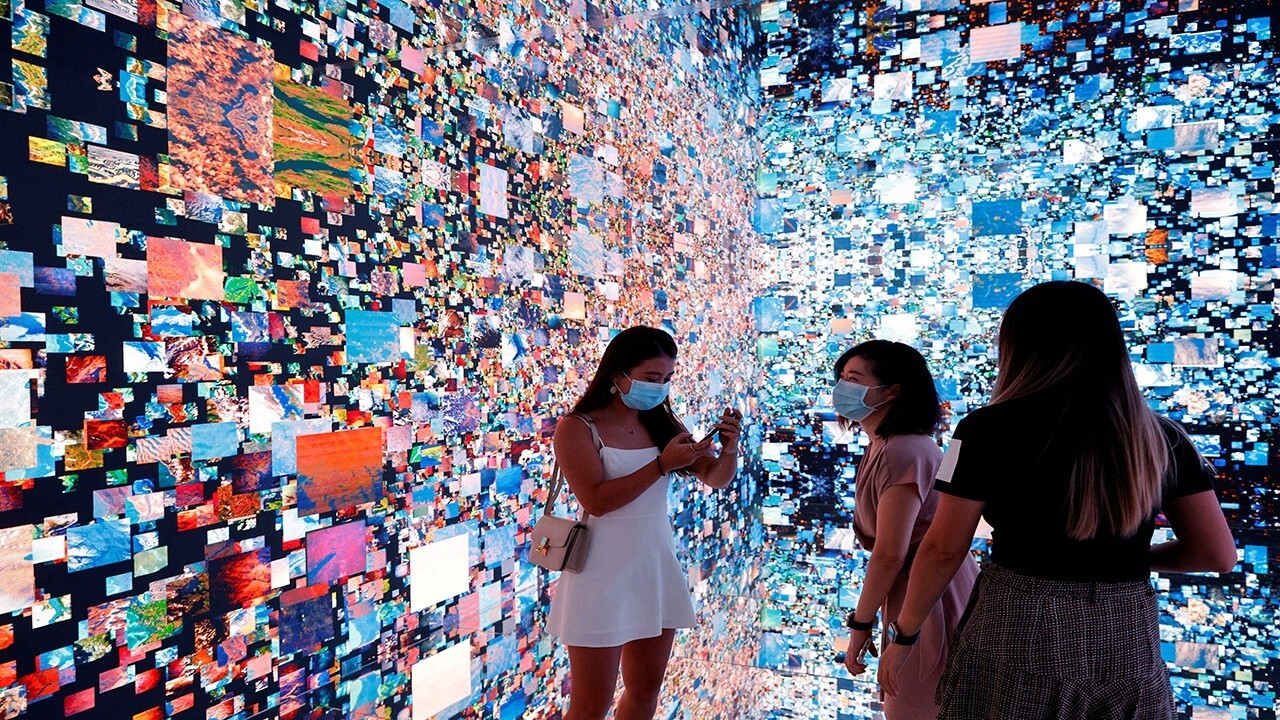 Bitcoin and other cryptocurrencies fell sharply Saturday, another sign that investors were pulling back from riskier bets after this week's stock-market selloff.

Bitcoin, the largest cryptocurrency by market value, plunged more than 20% to $42,000 at midnight Eastern Time on Saturday before bouncing back, according to data from CoinDesk. It was trading at $49,000 Saturday evening, down about 9% in 24 hours.

The declines were widespread across the cryptouniverse. Other widely traded cryptocurrencies including Solana, Dogecoin and Shiba Inu coin lost more than a fifth of their value.

Ether, the second-largest cryptocurrency, also tumbled by more than 15%, but only had a 4% decline by Saturday evening.

Bitcoin and other cryptocurrencies are notoriously volatile and often plunge for mysterious reasons. Disquiet in the stock market over the new Omicron variant of Covid-19 and the Federal Reserve's response to inflation might have played a role.

Another possible factor accelerating the bitcoin selloff was the unwinding of heavily leveraged crypto derivatives, said Noelle Acheson, head of market insights at cryptolender Genesis Global Trading. She pointed to a large sell order that might have triggered margin calls and liquidations for investors.

Leveraged trading of cryptocurrency derivatives has become a huge business for exchanges such as Binance, the world's largest. Traders use future contracts to bet on the rise or fall of a specific cryptocurrency. To make returns more attractive, they are allowed to make oversize bets with little money. When the price of cryptocurrencies falls precipitously, margin calls force investors to liquidate.

The price of bitcoin seesawed later Saturday after El Salvador President Nayib Bukele, whose country adopted bitcoin as a national currency in September, said in a Twitter post that the country had bought 150 coins for an average of $48,670 each. "El Salvador just bought the dip!" he said. He later wrote that the country had "Missed the f***ing bottom by 7 minutes," followed by a laughing emoji.

It isn't the first time El Salvador has jumped into the market after a big price fall. The interventions have turned the tiny impoverished nation into an informal central bank that props up the digital currency, similar to the way mainstream central banks intervene in foreign-exchange markets to keep currencies stable.

Cryptocurrencies move much more than stocks or government-issued currencies. The week was a roller-coaster ride for the stock market, with investors uncertain about the course of the pandemic and inflation. The Omicron variant has triggered new restrictions world-wide, just as travel was starting to bounce back. Scientists are trying to establish how effective current vaccines will be against Omicron.

Fears of another economic slowdown mixed with heightened worry by the Federal Reserve over inflation. Earlier this week, Chairman Jerome Powell said the central bank was prepared to pull back its easy-money policies quicker than previously expected, opening the door to raising interest rates in the first half of next year.

Higher rates make holding speculative assets such as bitcoin less attractive. When the Federal Reserve raised rates in 2017 and 2018, bitcoin prices fell dramatically, referred to among crypto aficionados as a bitcoin winter. The coin took off again during the pandemic. Bitcoin hit an all-time high on Nov. 9 of $67,802.

Caitlin Ostroff contributed to this article.