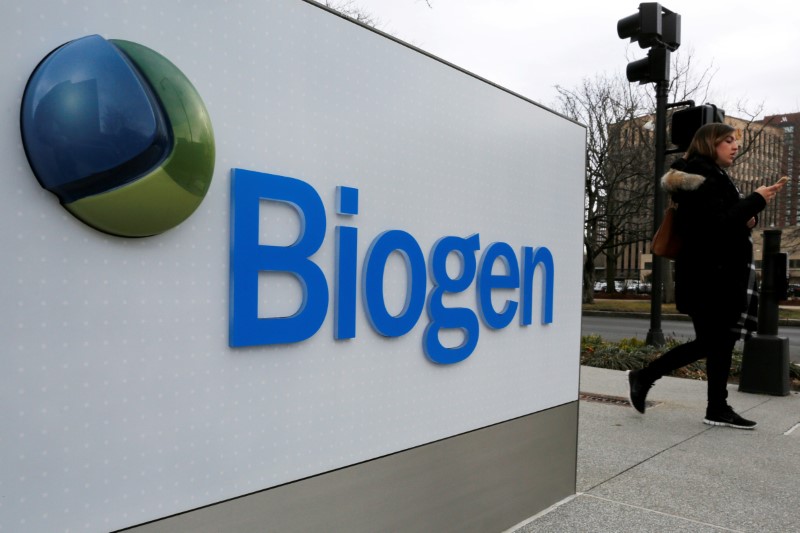 Biogen Inc. shares were on track for their biggest gain on record after the drugmaker released pricing for its recently approved Alzheimer’s drug Aduhelm.

Shares of the Cambridge, Massachusetts-based Biogen gained as much as 64% on Monday, hitting a record high of $468.55 before paring their gains. Any close above $438.43 would be the highest of all time.

Biogen said Aduhelm’s list price is $4,312 per monthly infusion, amounting to a cost of $56,000 per year. The annual cost will be cheaper during the first year of treatment due to the titration period, when medications are administered at lower doses.

The company said the list price is not the price paid by patients with insurance and that the out-of-pocket cost for patients depends on their medical coverage.

Aduhelm was approved by the U.S. Food and Drug Administration on Monday after receiving mixed reviews from clinical trials.