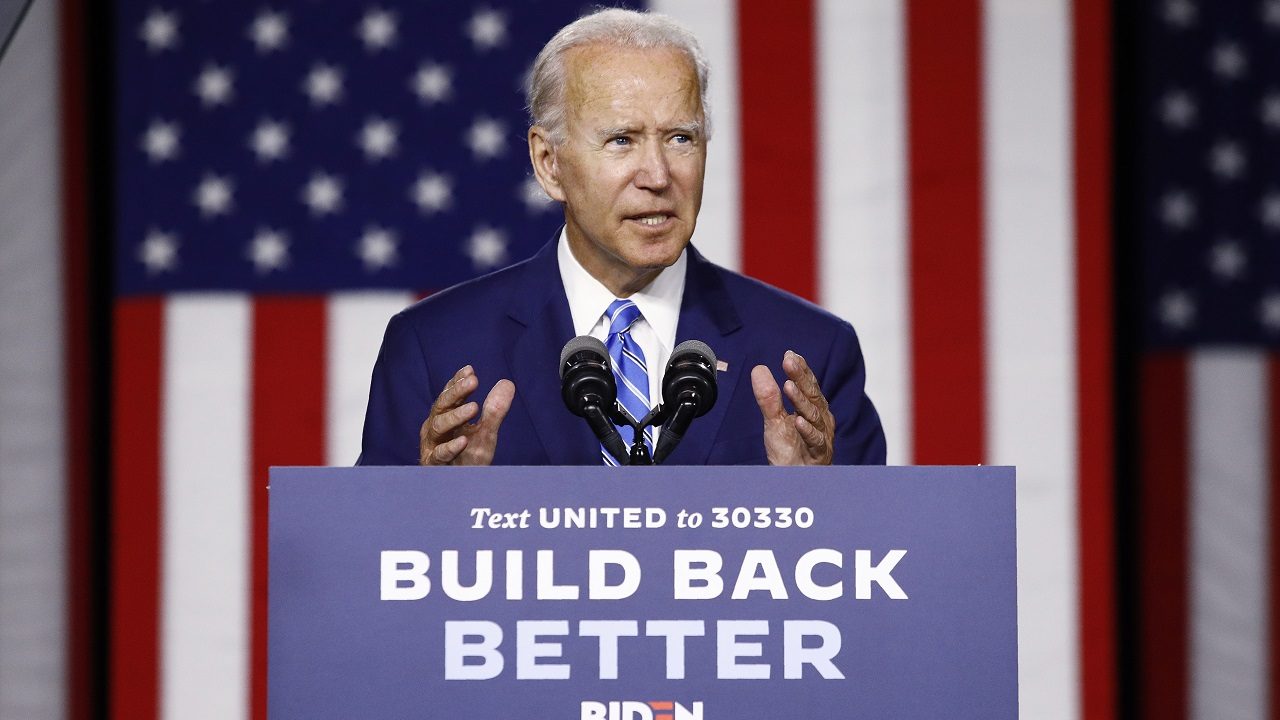 Joe Biden recently introduced his clean energy plan. And what does it tell us? This plan illustrates the importance of re-electing President Trump.

ON TAX DAY, DIFFERENCE BETWEEN TRUMP, BIDEN IS ON FULL DISPLAY

The best way to recover from the COVID-19 caused economic slowdown is to allow American businesses freedom and flexibility like President Trump has been doing, not enact more regulation.

Biden claims his proposals "aren't pie-in-the-sky dreams; these are actionable policies that we can get to work on right away. We can live up to our responsibilities, meet the challenges of a world at risk of a climate catastrophe."

Analyzing what he wants disproves this claim. The former vice president’s proposed legislation would cost the American people trillions, while not achieving his goals.

After years of flip-flopping on climate change, Biden is finally embracing the extremism of some of his primary opponents like Gov. Jay Inslee.

Biden won the Democratic nomination largely because he was perceived as more moderate than his opponents, but his recent shift to the left shows this isn't true.

President Obama's former vice president is also making apocalyptic claims like, "Science tells us we have nine years before the damage is irreversible."

In reality, science says no such thing, as many left-leaning experts acknowledge. Fearmongering appeals to the woke Democrat base but turns off the middle Americans who decide elections.

While presented as being about climate change, Biden's ideas are a progressive effort to take over the economy.

Some of the more extreme elements in Biden's plan include a goal to achieve net-zero emissions by 2050, the creation of a civilian climate corps and plans to spend trillions retrofitting cars and buildings to be energy efficient.

These proposals would kill energy jobs by choking the fossil fuel energy to death with red tape.

We already see early casualties of Biden's plans, as Duke Energy recently pulled the plug on the Atlantic Coast Pipeline due to regulatory uncertainty. If Biden wins, expect many more energy jobs to disappear.

Many other industries will also suffer because of increasing energy prices and regulations. Small businesses will have to pay more to keep their lights on and in compliance costs.

The former vice president also hasn’t explained how he plans to pay for his two trillion-dollar initiative.

His campaign argues a small tax increase on the rich would be enough. However, average Americans will be stuck with the bill. Additionally, a study by the Competitive Enterprise Institute shows retrofitting buildings and cars will cost the average family thousands annually.

This combination of expansive regulations and increased taxes will push America closer to the socialist dystopia progressives like Sanders and Ocasio-Cortez want.

In contrast to Biden's plan, President Trump has implemented pro-growth policies that have made our economy strong and resilient, even in the face of COVID-19.

America is seeing the results of four years of smart choices as the June jobs report showed a massive economic rebound. Businesses across the nation are also re-opening, after being supported by pro-business initiatives like the Paycheck Protection Program.

These results match President Trump's claims that we are in a V-shaped economic recovery, quickly erasing the losses caused by prolonged lockdowns.

The best way to continue this bounce back is to eliminate regulations and give small businesses flexibility.

Democrats want to do the opposite. Giving them control of the economy in such a perilous moment is a huge mistake.

We must empower American industry and workers, not uproot them. Biden's plan is a disaster for the economy, for workers, and for all Americans who rely on affordable energy.

Instead of Biden’s efforts to expand the size of government, we need President Trump’s commitment to empowering small businesses.

Alfredo Ortiz is the President & CEO of Job Creators Network.