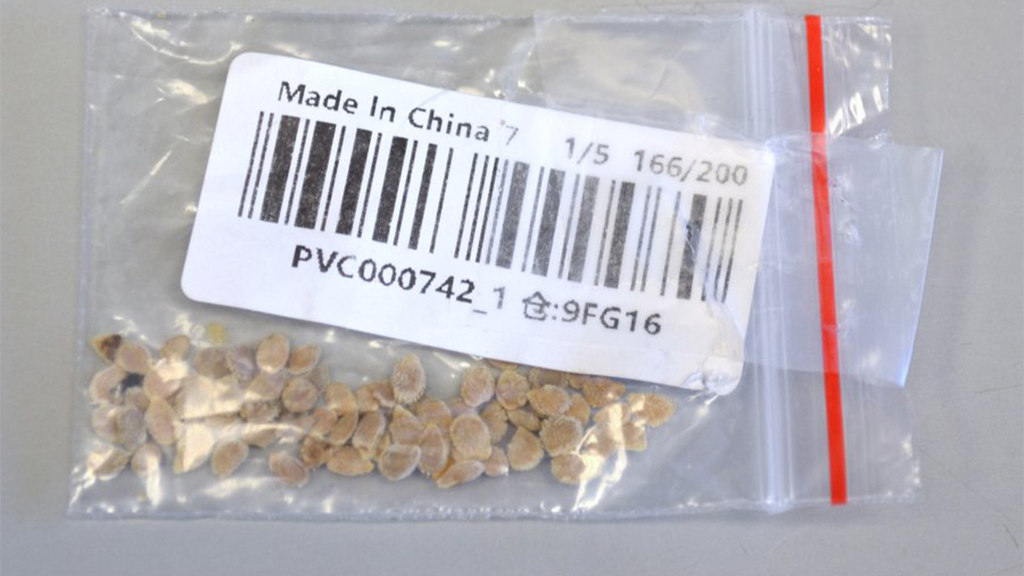 Amazon.com Inc said it has banned foreign sales of seeds in the United States after thousands of Americans received unsolicited packages of seeds in their mailboxes, mostly postmarked from China.

The U.S. Department of Agriculture (USDA) in July identified more than a dozen plant species ranging from morning glories to mustard in the bags of unsolicited seeds. It warned Americans not to plant the seeds.

According to plant experts, seeds from other parts of the world could be non-native varieties that harm commodity crops.

"Moving forward, we are only permitting the sale of seeds by sellers who are based in the U.S.," Amazon said in an emailed statement on Saturday.

The company changed its policy on seed sales on Wednesday. The policy change was first reported by the Wall Street Journal.

The company added that sellers who do not follow its guidelines will be subject to action, including potential removal of their accounts.

US POSTAL SERVICE IS URGED TO STOP DELIVERING MYSTERIOUS SEEDS

According to Amazon's policy web page, the ban extends to plants and plant products.

The USDA in July said the packages were most likely part of a "brushing" scam, in which people receive unsolicited items from a seller who then posts false positive customer reviews to boost sales.

In an update on Aug. 11, Osama El-Lissy, a deputy administrator for the USDA's Animal and Plant Health Inspection Service (APHIS), said the experts analyzing some of the seeds from China found very few problems. El-Lissy added that the two countries were working jointly on the investigation.