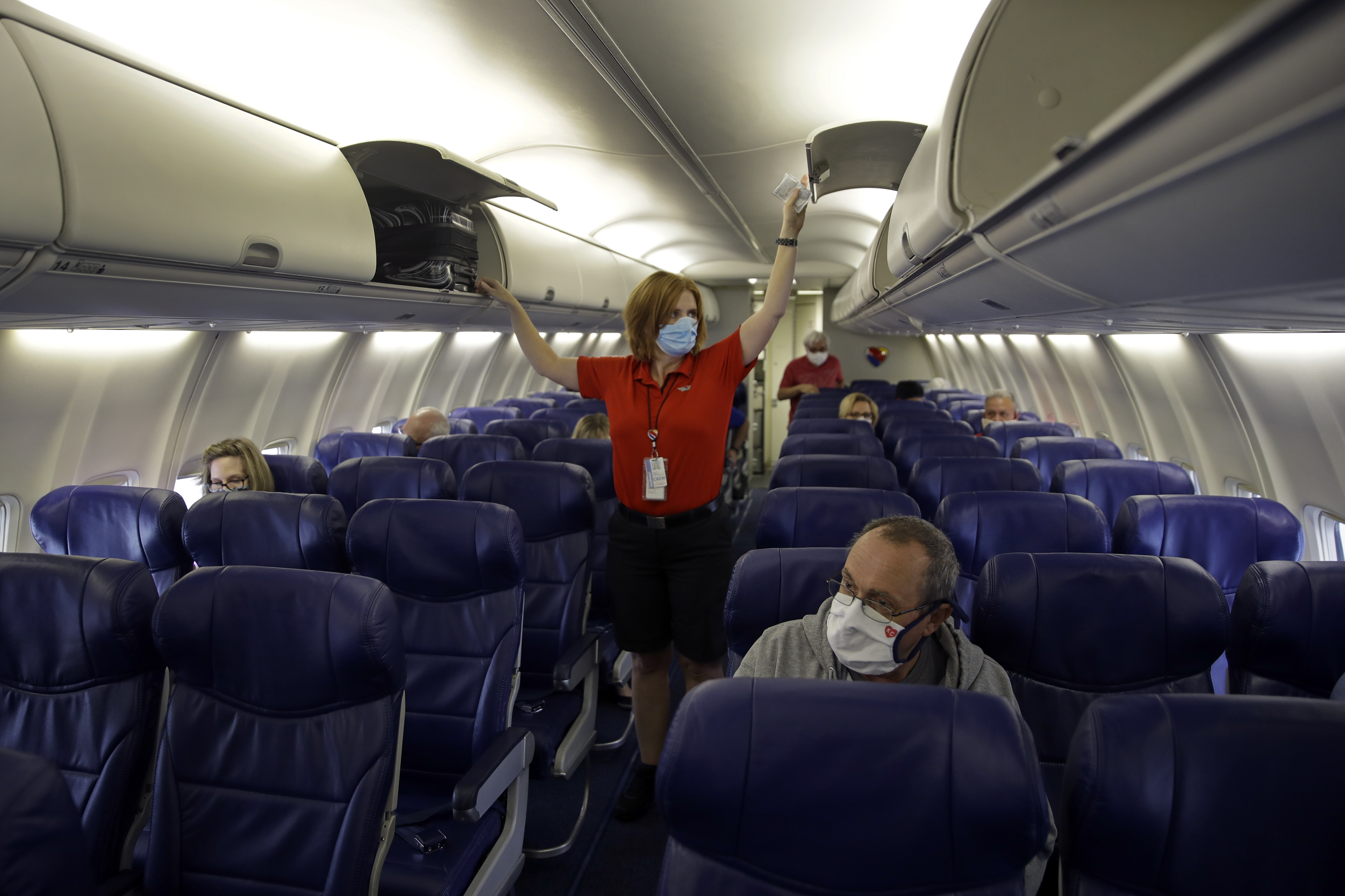 A couple hundred flight attendants and pilots rallied this week on Capitol Hill and tweeted at lawmakers, asking them for $25 billion in additional federal funds to prevent airline furloughs next month.

More than half of Congress is on record as supporting the request by airlines and their unions, and President Trump says he wants to help an industry that has been devastated by the pandemic.

Any chance that Washington will give airlines more money soon hinges on Congress and the White House approving a comprehensive coronavirus-relief package — there won't be a plan that only helps airlines.

But the prospects for a big deal suffered a blow Thursday, when Senate Democrats blocked a scaled-back Republican plan. While the GOP bill had no money for transportation, its failure could make major coronavirus relief before the November election less likely.

A sharp drop in travel has left the airlines with tens of thousands more employees than they need to operate the vastly reduced number of flights. This spring, the airlines began receiving $25 billion in federal grants and loans to keep workers on their payrolls for six months. With that money ending Sept. 30, the three biggest U.S. carriers are expected to furlough or lay off about 40,000 workers starting Oct. 1.

Some Republican senators say airlines have been helped enough by taxpayers.

Rick Scott of Florida told airline union members he opposed “bailing out airlines and other large corporations.” He added, “It's unfortunate that any airline would furlough thousands of employees after accepting billions in taxpayer dollars.”

Scott's view is shared by Sen. Pat Toomey, R-Pa., who played a role in shaping the airline-related provisions of the first virus-relief package back in March.

“This is a tough, tough situation, and there is no question that the airlines are facing unprecedented challenges,” Toomey told The Associated Press. “But there is a real serious policy question we have to ask ourselves, which is for how long are the taxpayers supposed to prop up firms in an industry that clearly has massive overcapacity at this moment?”

An agreement this week between United Airlines and its pilots to avoid furloughs could provide more ammunition to opponents who believe further aid for airlines is unnecessary. The agreement, which still needs final approval, would save nearly 3,000 jobs at United. Pilots at Alaska Airlines, JetBlue and Spirit Airlines have reached similar deals, making unspecified contract concessions to avoid furloughs.

“If labor and management can come together and reach an agreement whereby furloughs are avoided ... that's very encouraging,” Toomey said.

“The relationship between employees and airlines should be the problem of airlines, not of taxpayers,” said Veronique de Rugy, a research fellow at George Mason University and columnist for a libertarian magazine. “Certainly the coronavirus has put airlines in a really difficult position, but that's not the only industry that has suffered dramatically.”

De Rugy said more taxpayer money would merely postpone the need for airlines “to furlough workers and adjust to the new situation,” in which far fewer people are flying than were a year ago. Over the past two weeks, air travel in the U.S. has been down 66% from the same period last year.

Flight attendants, mechanics, baggage handlers and other airline labor groups have not been able to copy the pilots' success at negotiating no-furlough bargains. Pilots have more leverage because their training and certification requirements make it harder and slower for airlines to recall pilots when travel recovers.

Sara Nelson, president of the Association of Flight Attendants, said United plans to cut 60% of flight attendants through furloughs or voluntary departures. She said that will dismantle a key work group and “is putting the airline in jeopardy of being able to ramp back up when that demand returns" once the virus is contained.

Furloughs require airlines to give laid-off union workers first preference to return to work once the industry is able to rehire. But Nelson said it's cheaper for taxpayers to help keep airline workers on the payroll, with health insurance, than to provide them with unemployment benefits and health care.

“This is a proven jobs program,” she said. “It kept people (in jobs) so they were spending back into the economy and they were also paying taxes.”

Nelson said the unions still have the support of majorities in the House and Senate, including 16 Senate Republicans. Some, like Sen. John Cornyn, R-Texas, face re-election battles in November in states with thousands of airline workers.

All along, the unions have based their strategy on a belief that Trump and congressional Republicans will want to avoid headlines about large-scale job cuts just a month before the election. They are betting that Democrats and Republicans will break their current stalemate and approve another virus-relief package, that it will include billions more for the airlines, and it will happen before furloughs take effect in three weeks.

“When the two parties want a deal," Nelson said, "it can come together in an hour.”