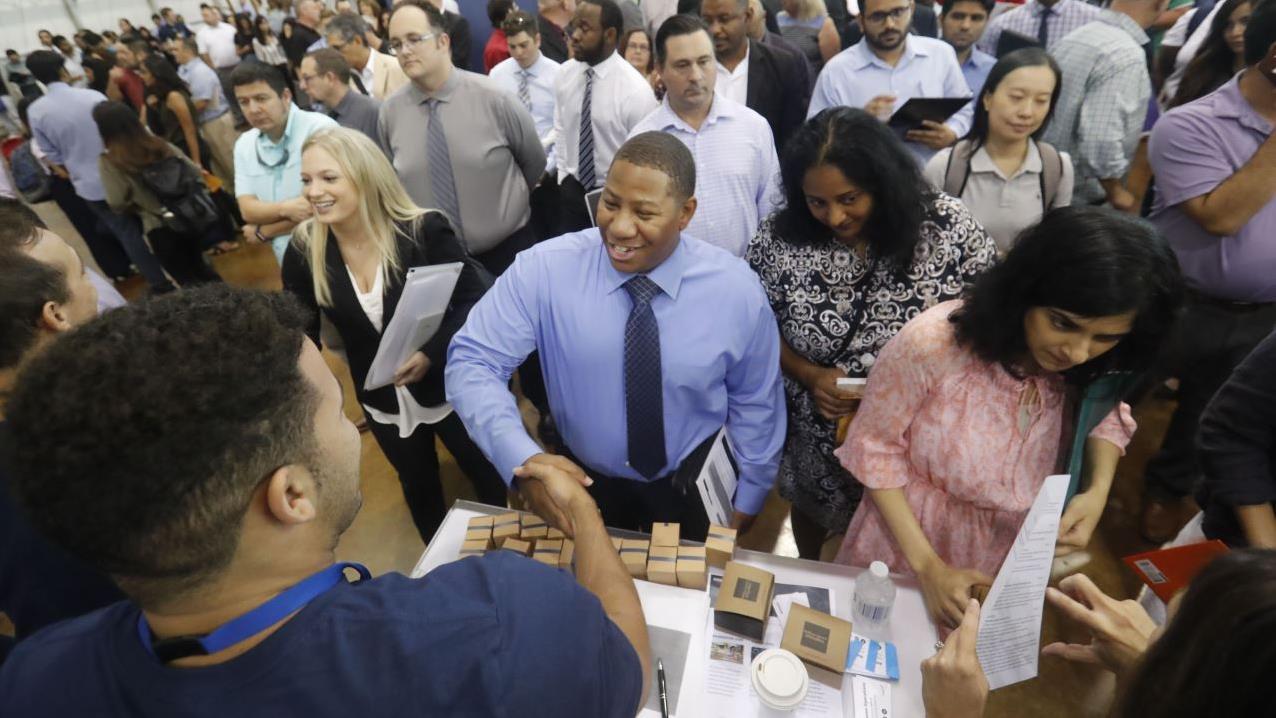 Economists surveyed by Refinitiv were expecting 120,000 jobs. Medium-size businesses, which employ 50 to 499 people, accounted for almost half of the jobs, with 64,000 created, according to ADP. Small businesses, or those with 1 to 49 workers, generated about 17,000 jobs. Large businesses added 44,000 positions.

“While job growth continues to soften, there are certain segments of the labor market that remain strong,” Ahu Yildirmaz, vice president and co-head of the ADP Research Institute, said in a statement.

Most hiring took place in the services sector, with 138,000 new jobs created. But the goods-producing sector lost 13,000 jobs -- including 4,000 in manufacturing.

"The job slowdown is most pronounced at manufacturers and small companies," Moody's chief economist Mark Zandi said in a statement. "If hiring weakens any further, unemployment will begin to rise."

The data precedes the release of a more closely watched update from the Labor Department on Friday, which is expected to show the U.S. economy added 85,000 jobs in October. Analysts anticipate unemployment will edge higher to 3.6 percent, up from 3.5 percent in September -- a 50-year low. In September, the U.S. added a weaker-than-expected 136,000 positions.