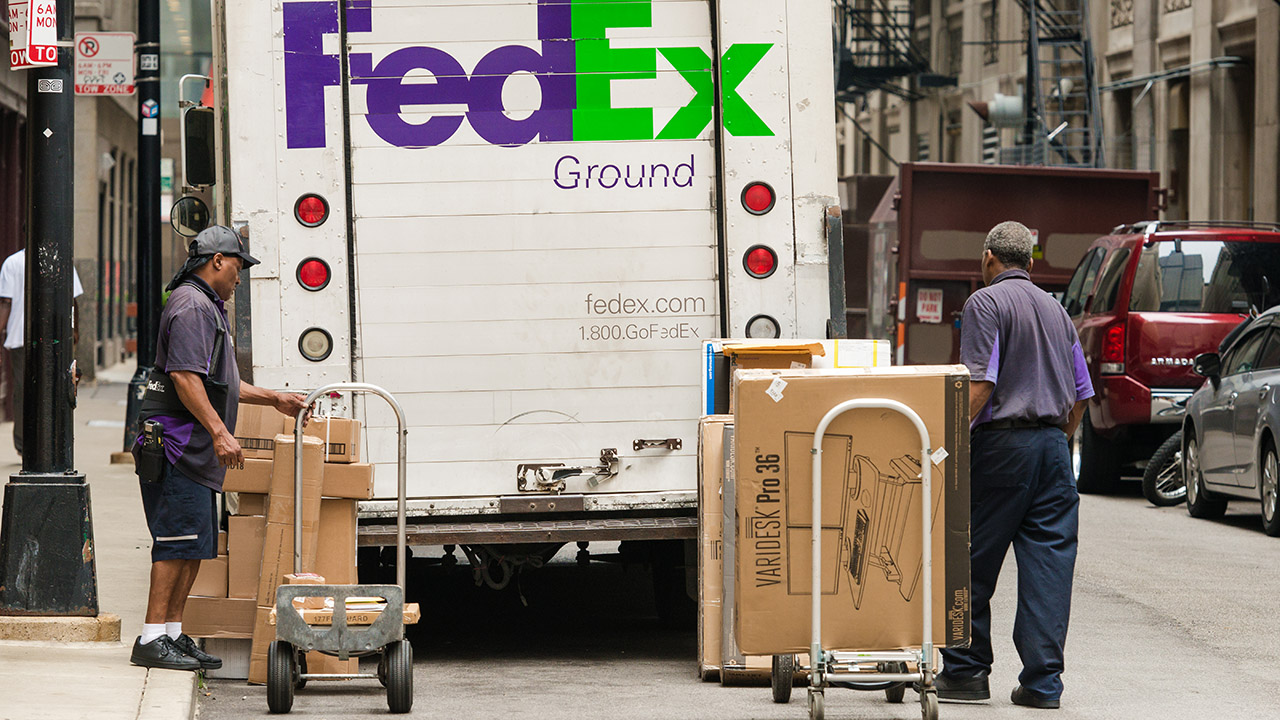 FedEx CEO and founder Fred Smith will become Executive Chairman paving the way for Raj Subramaniam, President and Chief Operating Officer, to be promoted to President and CEO.

Tesla is a big a chunk of several consumer discretionary exchange traded funds.

GameStop shares have risen for 10 straight days, gaining over 115%, the longest winning streak since April 2010, according to Dow Jones Market Data Group. 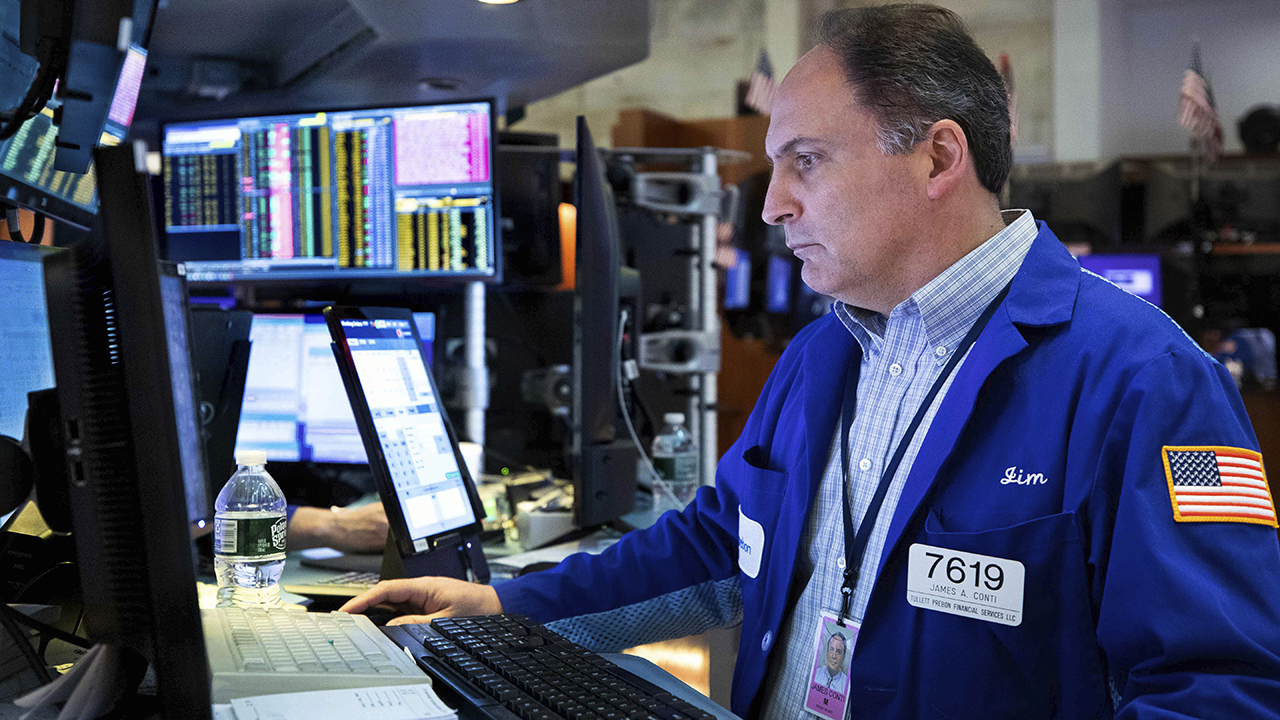 Oil majors fell in sympathy with ExxonMobil, Chevron and Halliburton all down.

POLITICS
Biden proposes new minimum tax on billionaires, unrealized gains
President Biden on Monday unveiled a new minimum tax targeting billionaires as part of his 2023 budget request, proposing a 20% rate that would hit both the income and unrealized capital gains of the wealthiest Americans.
Posted by FOX Business Team Share

S&P climbing out of correction territory

The Oscar goes to Apple, not Netflix

On March 28, 2022, Tesla, Inc. (the “Company” or “Tesla”) announced its plan to request stockholder approval at the upcoming 2022 Annual Meeting of Stockholders (the “Annual Meeting”) for an increase in the number of authorized shares of common stock through an amendment to the Company’s Amended and Restated Certificate of Incorporation (the “Amendment”) in order to enable a stock split of the Company’s common stock in the form of a stock dividend. Tesla’s Board of Directors (“Board”) has approved the management proposal, but the stock dividend will be contingent on final Board approval.The Company’s definitive proxy statement relating to the Annual Meeting will include additional details regarding the Amendment, as well as the record date, date and location of the Annual Meeting.

U.S. equity futures are mostly flat on Monday morning, as investors eye the war in Ukraine, the Fed and economic reports that will be released later in the week.

Cryptocurrency prices were higher early Monday morning with Bitcoin, Ethereum and Dogecoin all higher by more than 5%.

Cryptocurrency prices were higher early Monday morning with Bitcoin, Ethereum and Dogecoin all higher by more than 5%.

On Sunday, Bitcoin was trading as high as $47,500, the report said, and has gained nearly 12% since last Sunday.

U.S. stocks were trending lower early Monday morning as the war in Ukraine is adding to worries over instability, energy prices and economic slowdowns in various nations.

U.S. stocks were trending lower early Monday morning as the war in Ukraine is adding to worries over instability, energy prices and economic slowdowns in various nations.

The U.S. Federal Reserve has indicated it may continue to raise interest rates, as a way to curb inflation. Earlier this month, Fed officials raised their key rate a quarter-point from near zero to a range of 0.25% to 0.5%.

Meanwhile the war is adding to worries over instability, energy prices and economic slowdowns in various nations. Over the weekend, Ukrainian President Volodymyr Zelenskyy accused the West of cowardice, pleading for fighter jets and tanks to help defend his country from Russia’s invading troops.

The average price for a gallon of gasoline in the U.S. edged up slightly early Monday to $4.246, according to the latest numbers from AAA. The price on Saturday was $4.244.

Gold prices down, but still showing gains from last week

Gold futures for April delivery fell 0.4% to settle at $1,954.20 an ounce on Comex, but prices based on the most-active contract still gained 1.3% for the week.

Gold futures suffered a loss for the session Friday, but tallied a gain for the week, as traders eyed developments in the Russia-Ukraine war and an increasingly hawkish Federal Reserve.

"The risk of the Russia-Ukraine war becoming [World War 3] is diminishing for the moment and the more immediate concern is the impact of more aggressive interest rates, especially on the economy," said Edmund Moy, former director of the United States Mint and senior IRA strategist for gold and silver dealer U.S. Money Reserve.

But Russian President Vladimir Putin is "a wild card, and the war can quickly get ugly and spread," Moy said.

Oil prices went down on Sunday amid Shanghai authorities announcing the city will lockdown in two stages in order for residents to undergo COVID-19 testing.

Oil prices went down on Sunday amid Shanghai authorities announcing the city will lockdown in two stages in order for residents to undergo COVID-19 testing.

The lockdown announcement comes amid a new daily record for asymptomatic COVID-19 infections.

Shanghai will be divided into two parts for the lockdown and will use the Huangpu River as a guide, according to authorities. The city of more than 26 million reported 47 new COVID-19 cases that are symptomatic and 2,631 new asymptomatic cases on Saturday.

A recent survey by the University of Michigan found that consumer sentiment fell to a new decade-long low as concerns about inflation grow amid the ongoing Russian invasion of Ukraine.

The University of Michigan Consumer Sentiment Index (MCSI), a monthly survey of how consumers feel about the economy, personal finances, business conditions, and buying conditions, ended March 2022 at 59.4%, representing a 5.4% decline from the final reading of 62.8% in February 2022 and a 30.0% decline from the index’ reading of 84.9% one year ago in March 2021.The end of March reading of 59.4% is down by .5% from what was already a decade-long low of 59.7 recorded in mid-March.

The chief economist for the University of Michigan's Survey of Consumers, Richard Curtin, said that policymakers should consider the Russian invasion of Ukraine, which began on Feb. 24 and entered its 32nd day Sunday, a major source of continued economic disruption, with new COVID variants also being a fairly minor factor. The survey found that inflation has been the primary cause of rising pessimism, with an expected year-ahead inflation rate at 5.4%, the highest since November 1981.