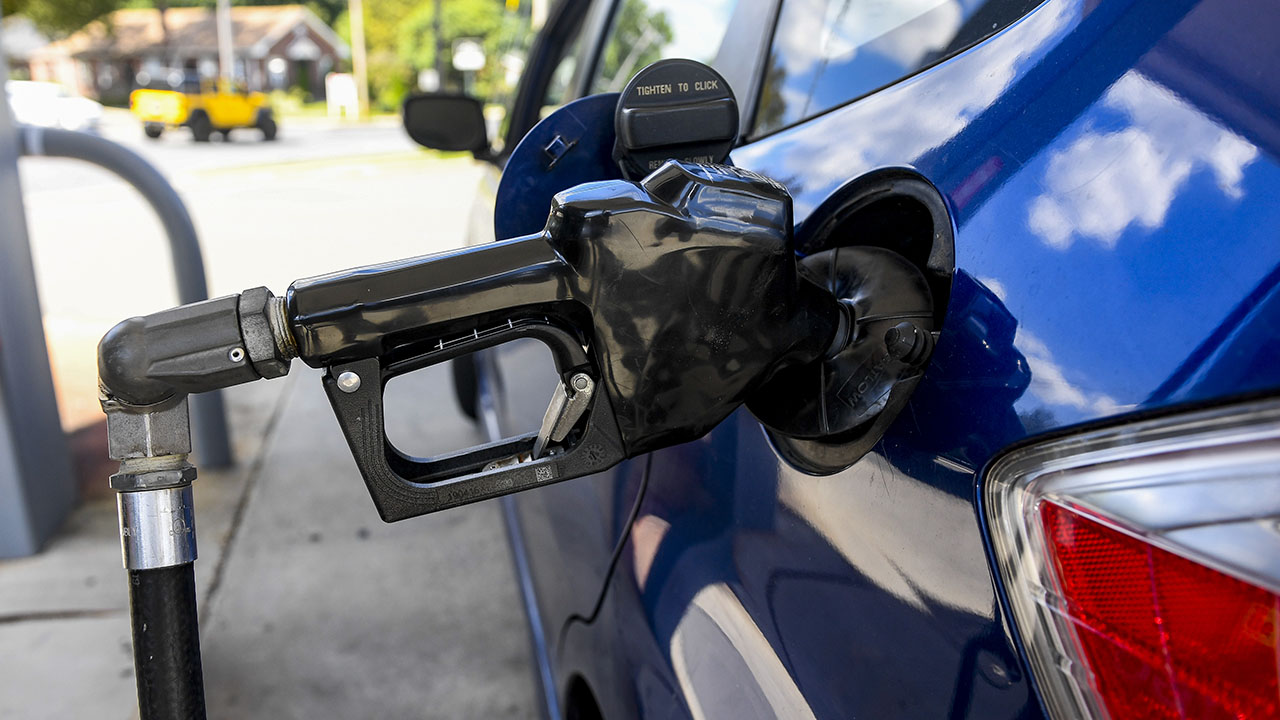 ECONOMY
US gas price average hits new record high
The latest data from GasBuddy shows the U.S. national average for a gallon of gas has hit a new record high of $4.104.

Gas prices continue to climb over $4 per gallon. 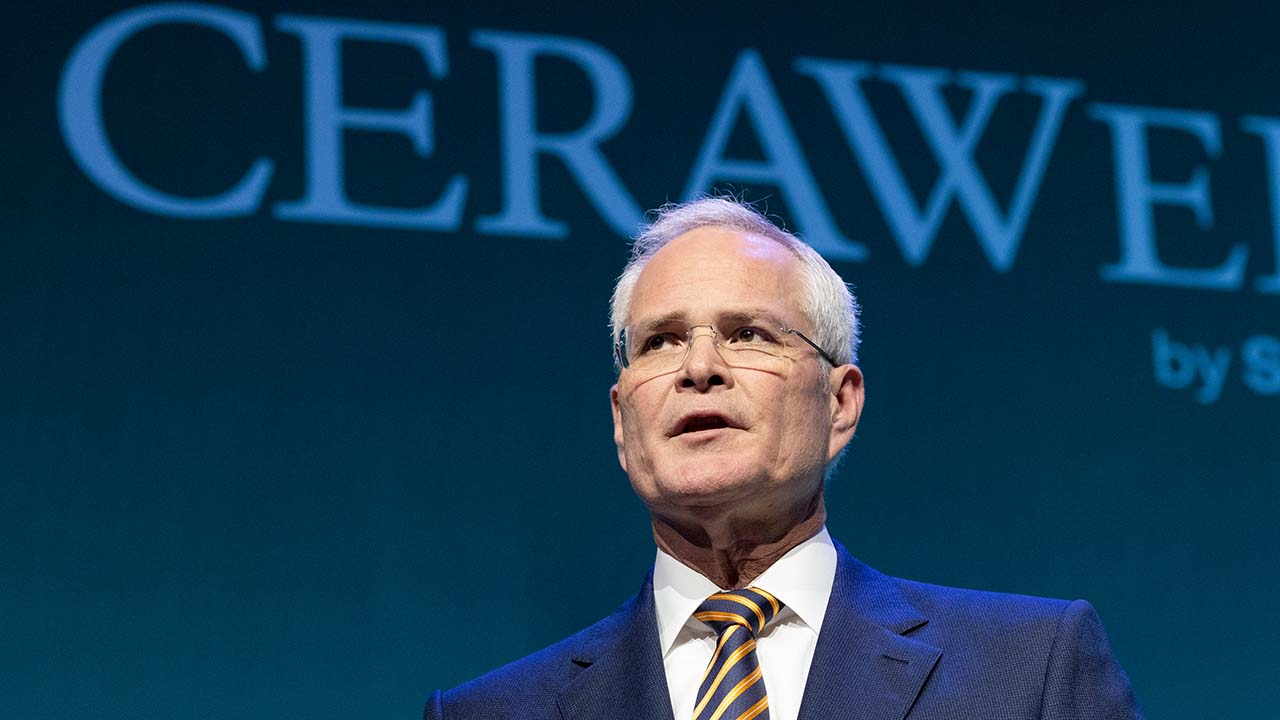 MARKETS
Exxon Mobil CEO says oil companies were in tough position before Ukraine-Russia war
Exxon Mobil CEO Darren Woods told the CERAWeek energy conference Monday that producers are trying to ramp up production, but that doing so was tough even before the Ukraine crisis.

U.S. stocks sank Monday as the Russia, Ukraine conflict combined with soaring energy prices, pushed the Dow into correction territory and the Nasdaq Composite into a bear market.

US, European allies agree to keep the economic pain on Russia

President Biden, along with President Macron, Chancellor Scholz, and Prime Minister Johnson agreed to keep the economic pressure on Russia, in a secure video call Monday.

No decision on US ban of Russian oil... 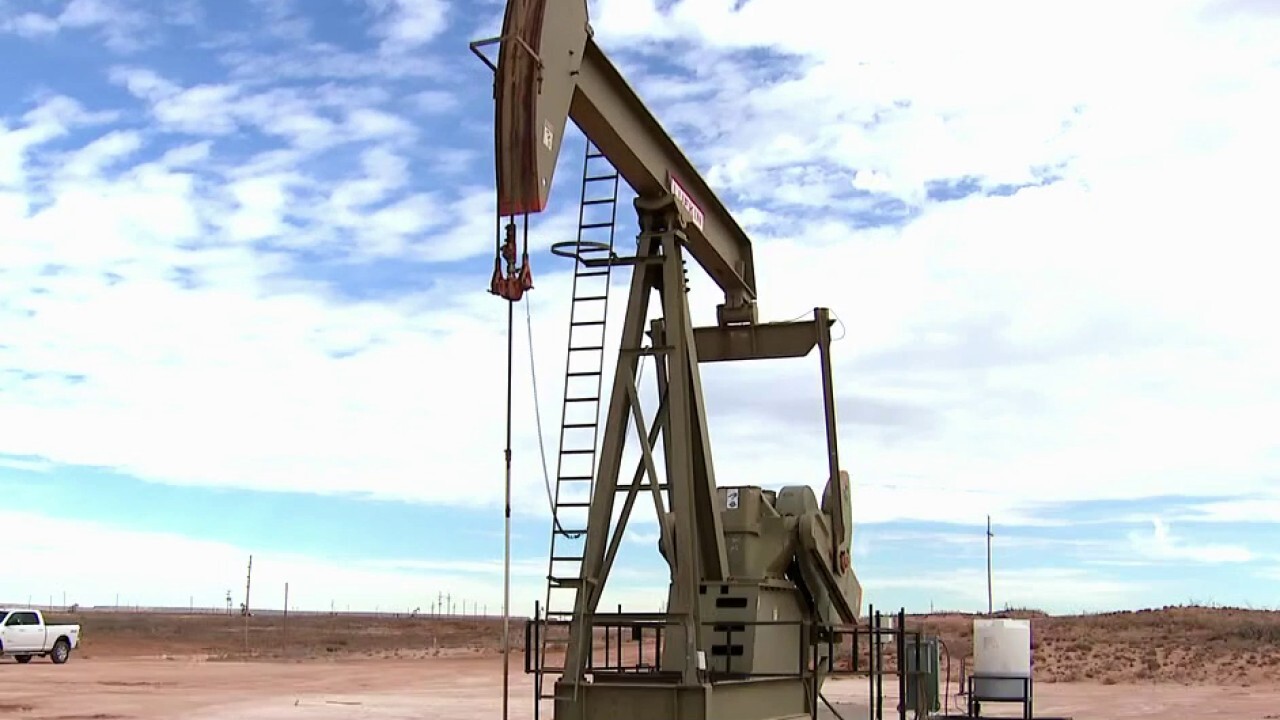 Dow down over 500 points midday

The Dow is off over 500 points midday led by American Express, Nike and Visa, while Caterpillar and Amgen bucked the selling. 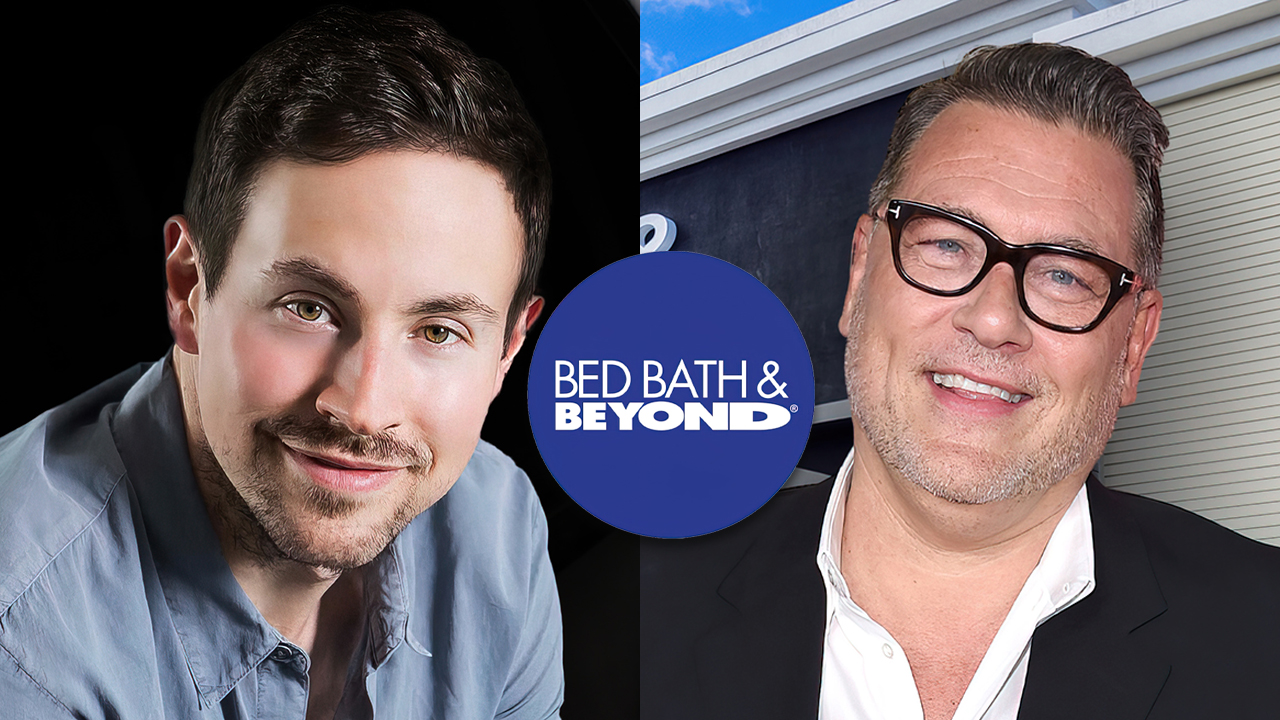 Bed Bath & Beyond CEO is overpaid and underperforming says investor Ryan Cohen, RC Ventures, who just took a nearly 10% stake in the company. 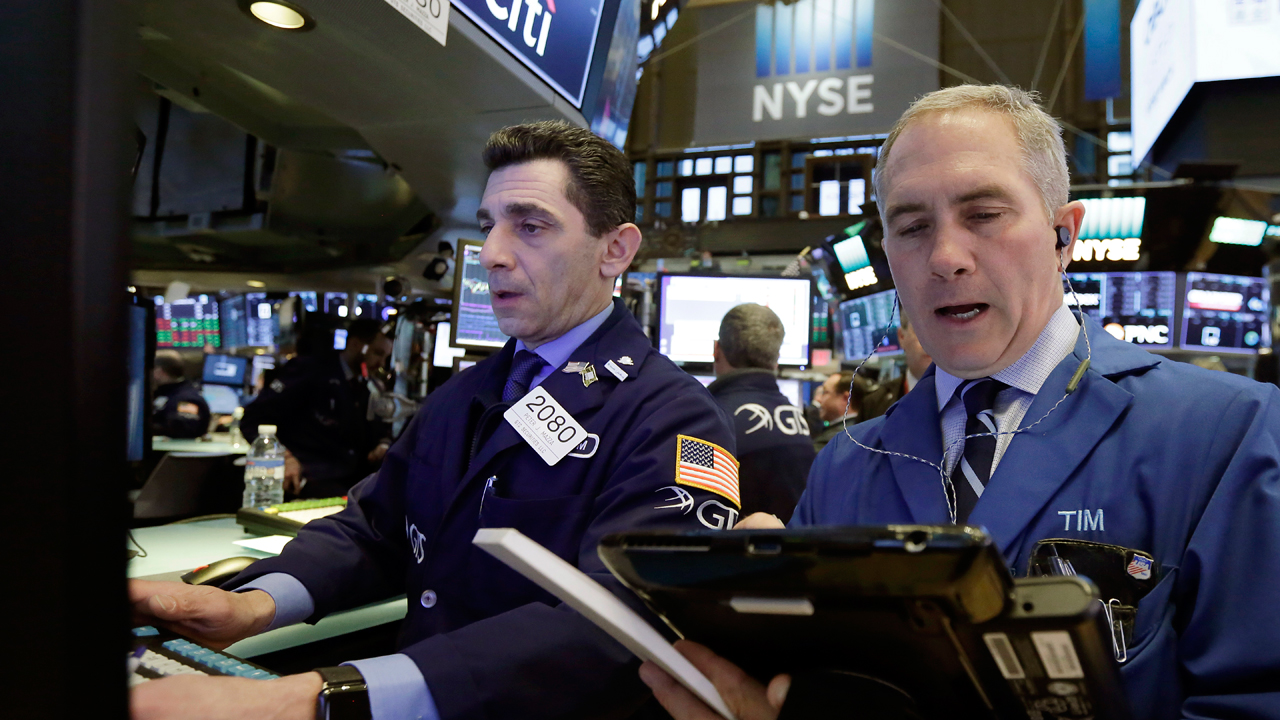 Russia - Ukraine Latest In the 10am ET Hour, President will hold a video teleconference in the situation room with President Macron of France, Chancellor Scholz of Germany, and Prime Minister Johnson of the United Kingdom to discuss the latest developments regarding Ukraine and Russia.

Oil traded above $120 per barrel Monday morning as U.S. stocks traded down sharply.

Ryan Cohen, Chairman of GameStop and Founder of Chewy.com, took a nearly 10% stake in the home good retailer, per an SEC Filing to push a turnaround via his RC Ventures.

Cohen called out CEO Mark Tritton for failing at his job.

"The issue at Bed Bath is that its highly-publicized and scattershot strategy is not ending the tailspin that has persisted before, during and after the pandemic’s nadir and the appointment of Chief Executive Officer Mark Tritton. As evidence, we point to the Company’s disappointing shareholder returns and perpetual underperformance across every relevant time horizon..."

"Bed Bath & Beyond's Board and management team maintain a consistent dialogue with our shareholders and, while we have had no prior contact with RC Ventures, we will carefully review their letter and hope to engage constructively around the ideas they have put forth."

"Our Board is committed to acting in the best interests of our shareholders and regularly reviews all paths to create shareholder value. 2021 marked the first year of execution of our bold, multi-year transformation plan, which we believe will create significant long-term shareholder value."

U.S. stock futures tumbled overnight as U.S. oil prices rose to their highest levels since 2008 and Russia declared a ceasefire so major Ukrainian cities could be evacuated.

U.S. stock futures tumbled overnight as U.S. oil prices rose to their highest levels since 2008 and Russia declared a ceasefire so major Ukrainian cities could be evacuated.

The price of oil jumped more than $12 a barrel and shares were sharply lower Monday as calls mounted for harsher sanctions against Russia.Brent crude surged more than 10%, while benchmark U.S. crude was up $10 at more than $125 a barrel.

Stock futures in the U.S. and Europe also dropped. The price of gold, which is viewed as an investor safe haven in times of crisis, jumped $26 an ounce to $1,992.90.The latest market turmoil followed a warning from Ukrainian President Volodymyr Zelenskyy that Ukrainian statehood was imperiled as Russian forces battered strategic locations.

A temporary cease-fire in two Ukrainian cities failed over the weekend — and both sides blamed the other. A new ceasefire was slated to begin at 10 a.m. Moscow time.

Cryptocurrencies were lower early Monday morning as the Russian invasion of Ukraine intensified.

Cryptocurrencies were lower early Monday morning as the Russian invasion of Ukraine intensified.

Late last week, Bitcoin was trading above $41,000 per coin until a three-day winning streak was snapped Friday.

Overall, Bitcoin is down 9% for the year.

The euro extended its slide early Monday, while the dollar appears to be firming up.

The euro extended its slide early Monday, hitting parity against the safe haven Swiss franc, and commodities of all stripes were on the rise as the Russian-Ukraine conflict showed no sign of cooling.

Meanwhile, the dollar was broadly firmer, supported in part by a strong payrolls report."Given the potential for stagflation is very real, the ECB is likely to maintain maximum flexibility with its asset purchase programme at 20 billion euros through Q2 and potentially beyond, thus effectively pushing out the timing of rate hikes," said Tapas Strickland, an economist at NAB.

"Higher CPI forecasts, though, mean rate hikes will be needed on the horizon."The near-term prospect of a more dovish ECB combined with safe-haven flows to drive German 10-year bond yields down a huge 32 basis points last week. U.S. 10-year yields were down at 1.69%, having already dropped 23 basis points last week.

Fed fund futures were also gaining as the market priced in a slower pace of rate rises from the Federal Reserve this year, though a March hike is still seen as a done deal.

Gold futures climbed Sunday, posting a weekly gain of more than 4%. Anxieties grew after the latest Russian assault in Ukraine saw it take over Ukraine's largest nuclear power facility following shelling that started a fire at the plant.

April gold climbed 1.6%, to settle at $1,966.60 an ounce. The precious metal saw a weekly rise of 4.2%, which was the largest weekly rise for a most-active contract since July 2020, according to Dow Jones Market Data.

Gold futures climbed, posting a weekly gain of more than 4% as anxieties arose over Russian action in Ukraine."Gold is clearly elevated and headline sensitive now and [in the] foreseeable weeks," said Jeff Wright, chief investment officer at Wolfpack Capital. Prices "could quickly accelerate above $2,000 or fall sharply - if there was some substantive settlement" in the Russia-Ukraine conflict, which is becoming less likely by each passing day, he said.

Precious metal prices are likely to find support amid macroeconomic headwinds due to a "deteriorating growth [and] inflation mix in developed markets," Goldman Sachs says. These are the most important drivers of gold and silver prices, the investment bank says.

Shell PLC said it would donate profits from purchases of Russian oil to efforts to alleviate the humanitarian crisis in Ukraine, after an outcry over the company’s bid for a cargo of Russian crude.

Shell PLC said it would donate profits from purchases of Russian oil to efforts to alleviate the humanitarian crisis in Ukraine, after an outcry over the company’s bid for a cargo of Russian crude.

The London-listed energy company said it would choose alternatives to Russian oil where possible but that it couldn’t stop buying the oil overnight because Russia contributes such a big chunk of global supplies. Shell said its refiners require some Russian oil to keep producing gasoline and diesel.

"Without an uninterrupted supply of crude oil to refineries, the energy industry cannot assure continued provision of essential products to people across Europe over the weeks ahead," Shell said. "Cargoes from alternative sources would not have arrived in time to avoid disruptions to market supply."

Shell issued the weekend statement after buying 100,000 metric tons of Russia’s Urals crude at a bargain price on Friday, paying $28.50 a barrel less than benchmark crude prices, the Journal reported citing people familiar with the transaction, the biggest discount on record.