Lawmakers suggest President Biden may need to ease his tough stance on American energy companies out of necessity as oil prices spike.

Small-Cap stocks: Expert reveals what investors should look for

Allspring Global Investments head of equities Ann Miletti reacts to the market switching between gains and losses on 'Making Money.'

Gas prices jump to new record of $4.17 a gallon

The average price for a gallon of gasoline in the U.S. hit a new record high on Tuesday, jumping 11 cents from the day before to $4.173 according to the latest numbers from AAA.

Wheat futures reached record highs on Tuesday, following a 14-year high at the end of last week. Wheat prices reached a 14-year high on Friday, with Chicago futures for grain closing 41% higher than the previous week at $12.09. That jump marks the biggest gain over six decades. On Monday, the price closed up for the 6th consecutive day.

Russia and Ukraine account for around 29% of global wheat exports, 19% of global corn supplies, and 80% of the world’s sunflower oil exports. This reliance has many traders worried that any further military force could trigger a massive scramble by food importers to replace supplies normally sourced from the Black Sea region.

American small businesses, which account for over 40% of the U.S. economy, are getting hit with a double whammy: inflation is running wild and they're having trouble hiring.

Twenty-six percent of owners reported that inflation was their single most important problem encountered in operating their business, an increase of 4 points from December and the highest reading since 1981.

As a result, 68% of owners plan to raise prices, the most on record or since 1973 when tracking began.

The Biden administration is banning Russian oil, natural gas and coal imports to the United States in response to Russia's invasion of Ukraine.

"Today I am announcing the United States is targeting the main artery of Russia's economy. We're banning all imports of Russian oil and gas and energy," Biden said during remarks from the White House. "That means Russian oil will no longer be acceptable at US ports and the American people will deal another powerful blow to Putin's war machine."

The decision was made in "close consultation" with U.S. allies and partners around the world, particularly in Europe.

“We're a net exporter of energy, so we can take this step while others cannot, but we're working closely with Europe and our partners to develop a long term strategy to reduce their dependence on Russian energy as well,” Biden added.

The President will announce actions to continue to hold Russia accountable for its unprovoked and unjustified war on Ukraine. 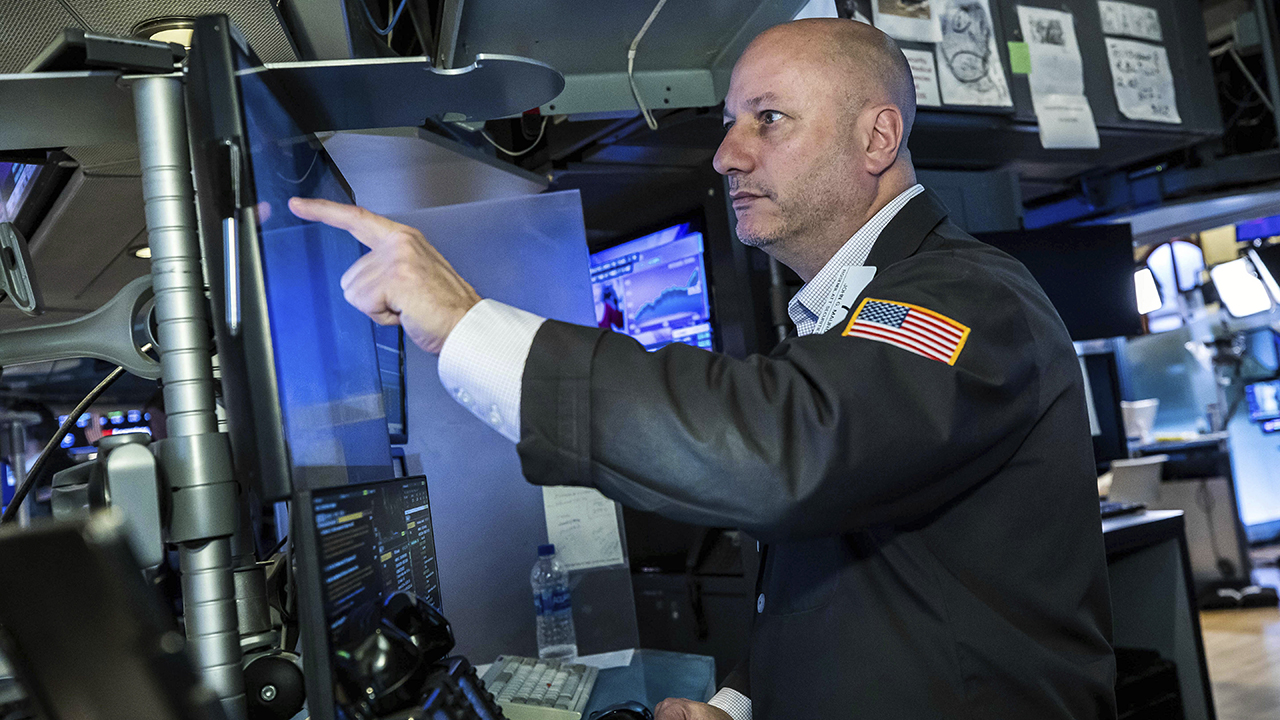 Biden cracking down on Russian oil

POLITICS
Biden to announce ban on US imports of Russian oil
President Biden is expected to announce a ban on Russian oil imports to the U.S. on Tuesday morning amid bipartisan pressure, FOX Business has learned. 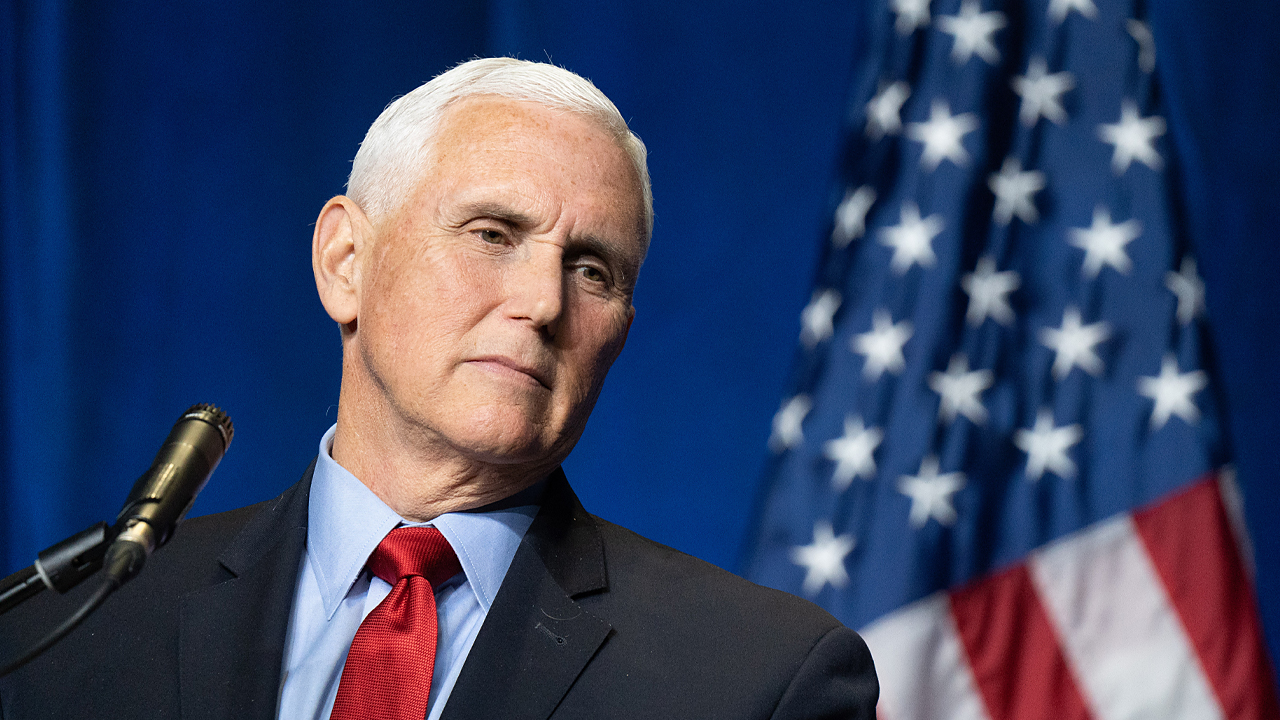 Former Vice President Mike Pence has one eye on 2024, he tells FOX Business.

Gold prices crossed the $2,000 level as investors shunned riskier assets and sought out an inflation hedge.

A 3D printed natural gas pipeline is placed in front of displayed Shell logo in this illustration.

Oil giant Shell apologized on Tuesday for its purchase of Russian crude oil last week and announced it will withdraw from involvement in all Russian hydrocarbons due to the country's invasion of Ukraine.

"We are acutely aware that our decision last week to purchase a cargo of Russian crude oil to be refined into products like petrol and diesel – despite being made with security of supplies at the forefront of our thinking – was not the right one and we are sorry," Shell CEO Ben van Beurden said in a statement.

The White House is set to release an executive order this week tasking several federal agencies with conducting a broad review of cryptocurrencies, including studying the creation of a U.S. digital currency, according to a person familiar with the matter.

The executive order, which the White House is expected to reveal in the coming days, will task the Treasury, Commerce, State and Justice departments, among other agencies, with studying elements of the fast-growing cryptocurrency market, the person said. The agencies will have roughly three or six months to conduct a review and prepare a public report with recommendations for the federal government’s approach to digital tokens.

Powered by the surge in the price of oil past $130 per barrel on Monday was triggered by the possibility the U.S. might bar crude imports from Russia. Oil prices steadied later in the day and were moderately higher early Tuesday.

A third round of peace talks between Ukraine and Russia failed to produce major results. A top Ukrainian official said there was minor, unspecified progress toward establishing safe corridors to allow civilians to escape the fighting.

The euro was pinned near a 22-month low, rhe ruble hit a record low, but the dollar held firm against foreign currencies.

The euro was pinned near a 22-month low on Tuesday as war in Ukraine has darkened Europe's economic outlook, while commodity currencies took a breather in their weeks-long rally. The ruble hit a record low Tuesday while the dollar held firm against foreign currencies.

The euro was doing its best to bounce after six straight sessions of selling, but at $1.0855, it was not terribly far from Monday's trough of $1.0806.

The common currency is down 4% on the dollar since Russia launched what it calls a "special military operation" in Ukraine where fighting is showing no signs of abating. It flirted with parity on the Swiss franc on Monday for the first time in seven years.

OPEC meets with US shale executives at Houston energy conference

Officials from the Organization of the Petroleum Exporting Countries on Monday met with executives of several top U.S. shale oil companies at a top U.S. energy conference.

Officials from the Organization of the Petroleum Exporting Countries on Monday met with executives of several top U.S. shale oil companies at a top U.S. energy conference as energy prices soared over supply concerns.

Oil hit a 14-year high of $139 a barrel earlier on Monday as worries grew over supply shortages as buyers shunned cargoes from No. 2 oil exporter Russia.

Earlier, OPEC Secretary General Mohammad Barkindo said at the CERAWeek energy conference that OPEC could not offset a ban on Russian oil exports.

Gold declined in early Asian trading Tuesday amid profit-taking, even as prices of the precious metal edge closer toward the record $2,028.00/ounce set in August 2020.

"There is still a lot of optimism that growth prospects won't crumble completely and that helped trigger some profit-taking," Oanda Corporation, a registered Futures Commission Merchant and Retail Foreign Exchange Dealer with the Commodity Futures Trading Commission  reported, adding they expect gold prices to form a trading range around the $2,000/ounce level.

Talks of a natural gas pipeline from Israel to Europe could be rekindled.

Talks of a natural gas pipeline from Israel to Europe could be rekindled to provide the continent with an alternative to Russian gas amid Putin's invasion of Ukraine, Chevron CEO Michael Wirth said at the CERAWeek conference in Houston on Monday.

The U.S. pulled support earlier this year from the eastern Mediterranean pipeline over economic and environmental concerns. Israel, Greece, Cyprus, and Turkey are still trying to come to terms on the pipeline.

Russia supplies about 40% of Europe's natural gas, with most transported by pipeline through eastern European countries, including Ukraine.

The Biden administration reached out to Israel in early February about ramping up natural gas production ahead of Russia's expected invasion of Ukraine, Axios reports.