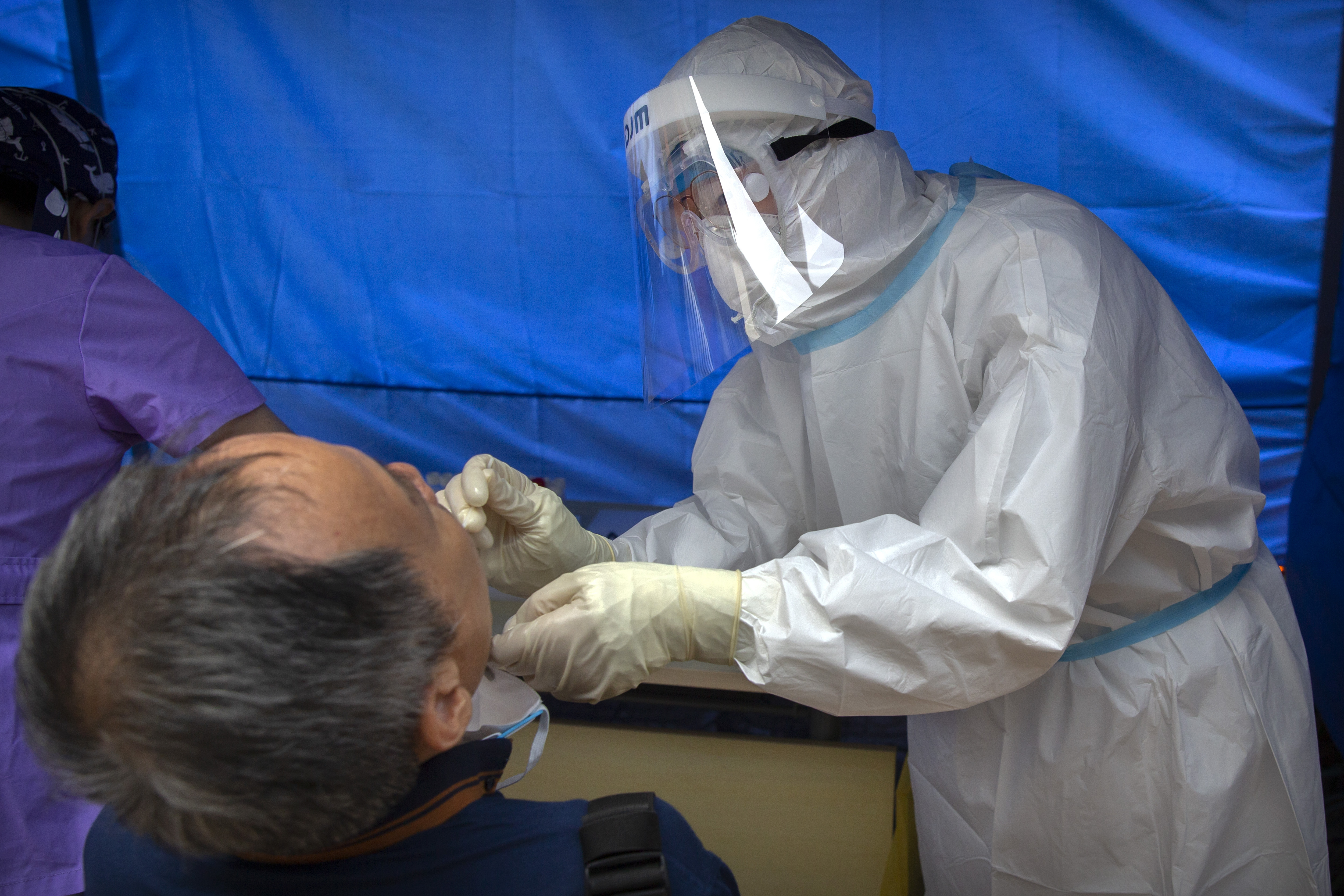 Governments that attempted reopenings continued to backtrack and warn that worse news could be yet to come.

“COVID-19 has taken a very swift and very dangerous turn in Texas over just the past few weeks,” said Gov. Greg Abbott, who allowed businesses to start reopening in early May but on Friday shut down bars and limited restaurant dining amid a spike in cases.

In California, Gov. Gavin Newsom rolled back reopenings of bars in seven counties, including Los Angeles. He ordered them to close immediately and urged eight other counties to issue local health orders mandating the same.

More Florida beaches will be closing again to avoid further spread of the new coronavirus as officials try to tamp down on large gatherings amid a spike in COVID-19 cases. Florida Gov. Ron DeSantis said interactions among young people are driving the surge.

In Texas, Abbott appeared with Vice President Mike Pence, who cut campaign events from upcoming visits to Florida and Arizona because of rising virus cases in those states.

Pence praised Abbott for both his decision to reopen the state, and to roll back the reopening plans.

“You flattened the curve here in Texas ... but about two weeks ago something changed,” Pence said.

Vice President Mike Pence speaks during a news conference with the Coronavirus task force at the Department of Health and Human Services in Washington, Friday, June 26, 2020. (AP Photo/Susan Walsh)

Pence urged people to wear masks when unable to practice social distancing. He and Abbott wore face masks as they entered and left the room, taking them off while speaking to reporters.

The headlines are similar around the globe.

South Africa’s health minister warned that the country’s current surge of cases is expected to rapidly increase in the coming weeks and push hospitals to the limit.

A worker wearing a protective suit swabs a man's throat for a coronavirus test at a community health clinic in Beijing, Sunday, June 28, 2020. China reported more than a dozen of new confirmed cases of COVID-19 on Sunday, all but a few of them from d

New clusters of cases at a Swiss nightclub and in the central English city of Leicester showed that the virus was still circulating widely in Europe, though not with the rapidly growing infection rate seen in parts of the U.S., Latin America and India.

Poland and France, meanwhile, attempted a step toward normalcy as they held elections that had been delayed by the virus.

A reported tally Sunday from Johns Hopkins University researchers said the death toll from the coronavirus pandemic had topped 500,00.