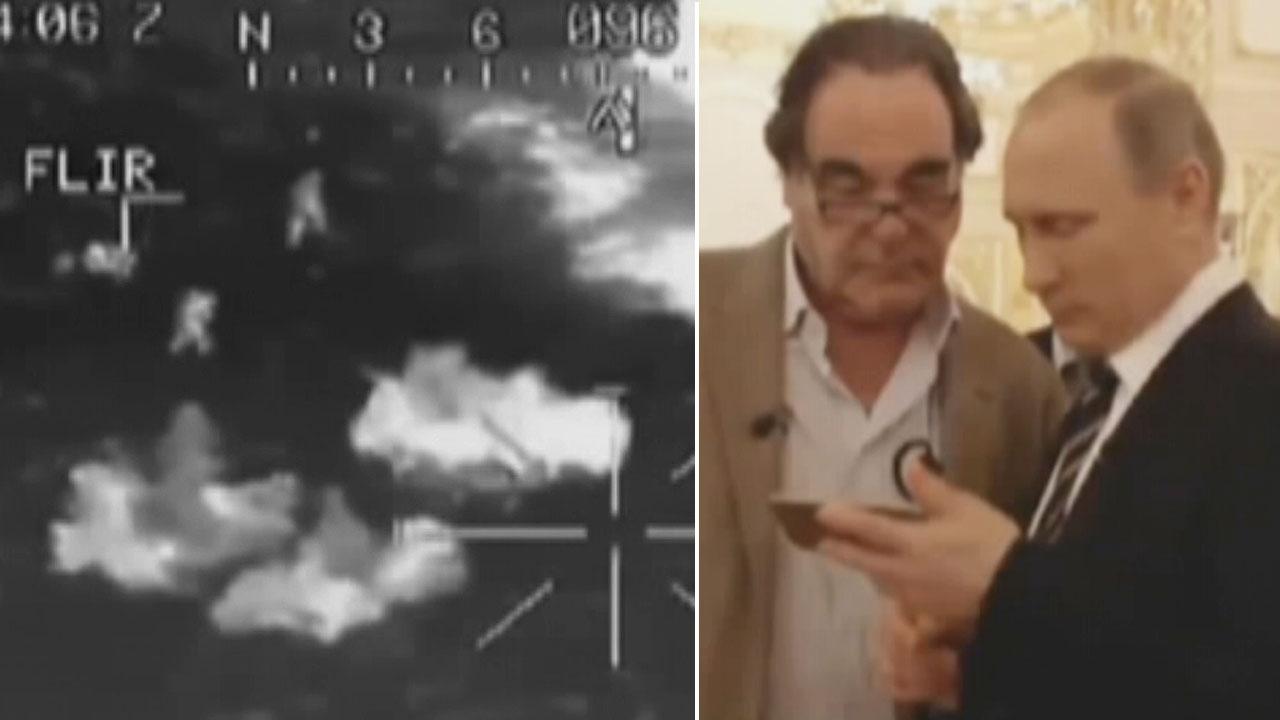 RIYADH, Saudi Arabia (AP) — American filmmaker Oliver Stone on Wednesday praised Russian President Vladimir Putin as a "stabilizing force" in the Middle East, particularly in Syria as Moscow fills a void left by U.S. forces pulling out and leaving behind their Kurdish allies.

Stone, the 73-year-old director of "JFK," ''Platoon" and "Wall Street," long has been known for his strident views on American foreign policy. However, his comments came during the Future Investment Initiative forum in Saudi Arabia, which has long opposed Syrian President Bashar Assad.

While Putin visited both Riyadh and the neighboring United Arab Emirates this month, their differences still remain stark over Syria's war, though they may be slowly reconciling with Assad's continued rule. It wasn't clear whether Stone, who made the documentary "The Putin Interviews," realized that before beginning his remarks.

"Mr. Putin was always concerned about the terrorists," Stone said. "If they had gotten to Damascus and they almost did . there would be a possible caliphate throughout this whole region."

The director added: "I think Mr. Putin is very concerned about peace."

Rebel forces did reach Damascus' doorstep before Russia and Iran entered the war on Assad's side, but they included a range of fighters, not just Islamic extremists.

PUTIN HAS INCREASED POLITICAL PARTISANSHIP IN US: JACK KEANE

U.S. President Donald Trump earlier this month pulled American troops from northern Syria, leading to a Turkish invasion in an area home to U.S.-allied Kurdish forces. Trump's administration now wants U.S. forces to guard Syria's oil fields. In the absence of U.S. troops, Russian military patrols have moved into the region between all the warring parties.

In a little less than 20 minutes on stage at the forum, Stone also acknowledged evacuating his home Sunday night due to California's wildfires, promoted the idea of nuclear power plants and called Lee Harvey Oswald, President John F. Kennedy's assassin, an "agent of the CIA."

Asked if he'd seen much of Saudi Arabia, Stone responded: "You've kept me locked in a hotel room." It wasn't clear if he knew the nearby Ritz-Carlton Hotel served as a detention facility during Crown Prince Mohammed bin Salman's 2017 purge targeting businessmen, princes and others.