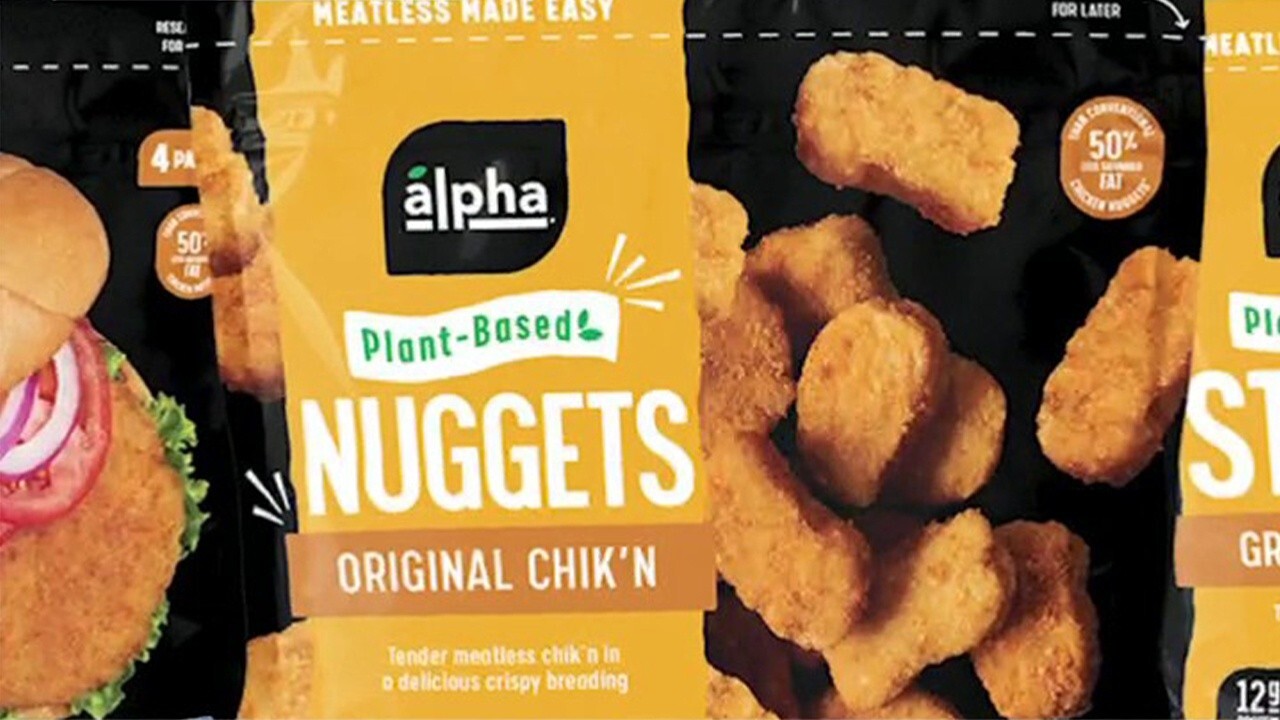 Alpha Foods CEO Cole Orobetz provides insight into how the food industry is being impacted by inflation.

Tyson Foods says it will boost its beef production in fiscal 2021 after its third-quarter beef sales volume surged 24% to $4.95 million, up from $3.65 million a year ago, due to strong global demand and "reduced production inefficiencies associated with COVID-19."

Shares jumped on the news heading for the best percentage gain since June of 2020.

TYSON FOODS TO REQUIRE COVID-19 VACCINATIONS FOR ALL US EMPLOYEES

Meanwhile, the meat processing giant expects its fiscal 2021 sales for chicken to be lower compared to the previous year based on current grain prices. Tyson's third-quarter chicken sales volume grew 3.3% to $3.47 million, up from $3.11 million a year ago. During the first nine months of fiscal 2021, sales volume fell 2.4% to $9.86 million, compared to 9.8 million a year ago.

The chicken segment posted a third-quarter operating loss of $279 million, widening from a loss of $120 million a year ago, as costs for feed rose to $270 million. The company also accrued an additional $225 million in legal contingency costs to resolve allegations of chicken price fixing, bringing its total legal contingency accrual to $545 million. Tyson's overall operating loss for the first nine months of fiscal 2021 is $489 million, compared to a profit of $36 million a year ago.

The U.S. Department of Agriculture estimates overall domestic beef production will increase by approximately 3% in fiscal 2021 compared to a year ago, while domestic production for chicken is expected to decrease less than 1% year over year.

Tyson's overall third-quarter sales came in at $12.48 billion, compared to $10 billion a year ago.