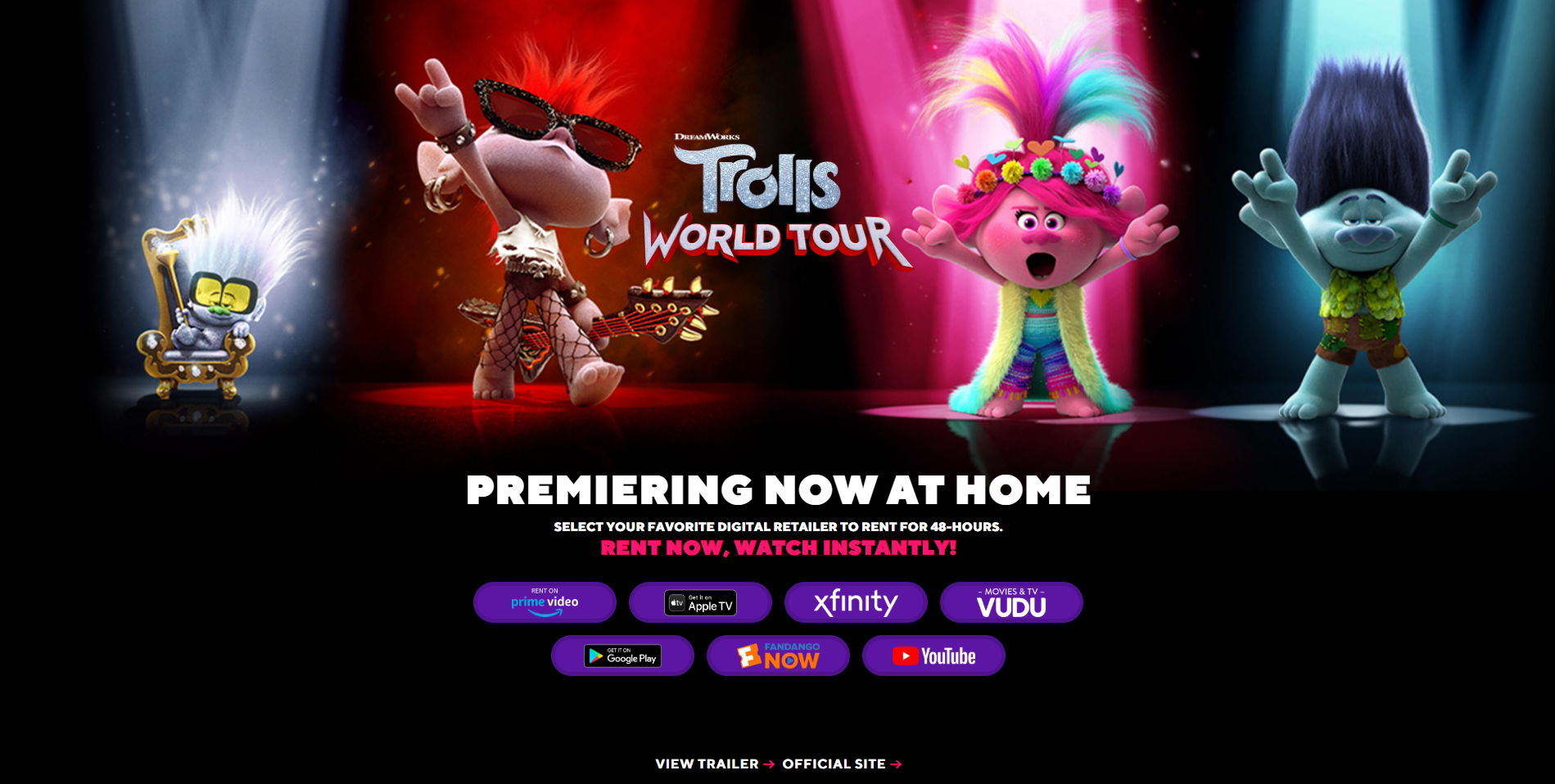 The animated sequel featuring the voices of Justin Timberlake and Anna Kendrick was No. 1 on all the major platforms, including Apple, Amazon and Comcast. FandangoNow also said the release of "Trolls World Tour" helped the service have its best weekend ever. It was also its most preordered film ever.

"Trolls World Tour" was the first film from a major studio to debut on digital platforms on the same date as its theatrical release due to the coronavirus pandemic. It also played in 21 drive-in theaters over the weekend that have remained open.

Most traditional theaters have closed indefinitely, forcing studios to push planned releases back a number of months. Many films that had already hit theaters, including Universal titles like "The Hunt" and "Emma," are now available for digital purchase or rental.

"Trolls World Tour" was an outlier, however, in keeping its release date. Specific numbers were not provided.