FORT LAUDERDALE, Fla. — Thousands of passengers on a third Princess Cruises ship are being kept on board while crew members get tested for COVID-19.

The Caribbean Princess, on a 10-day trip to the Panama Canal, was scheduled to dock in Grand Cayman on Monday. But the California-based cruise line said it will keep passengers and crew from disembarking, and instead will pick up test kits after notifying the CDC that two crew members had transferred from a Princess ship in California where a guest had tested positive for COVID-19.

These crew members being tested are currently "asymptomatic" and are remaining alone in their rooms “out of an abundance of caution" as the ship returns to Fort Lauderdale, the company statement said.

The ship is under a “no sail order” from the U.S Centers for Disease Control and Prevention, which will require it to remain at anchor off the coast of Florida until further notice, the statement said. It was originally scheduled to return to Fort Lauderdale on Wednesday.

The Regal Princess underwent a similar process, spending most of a day sailing up and down the Florida coast, before finally pulling into Port Everglades late Sunday. Its passengers finally disembarked after two crew members tested negative for the coronavirus. Those crew members also lacked symptoms, but had come from the Grand Princess in California, where at least 21 people tested positive.

Also Sunday, the U.S. State Department advised against travel on cruise ships, particularly for travelers with underlying health conditions. The advisory said the CDC has noted an “increased risk of infection of COVID-19 in a cruise ship environment.” 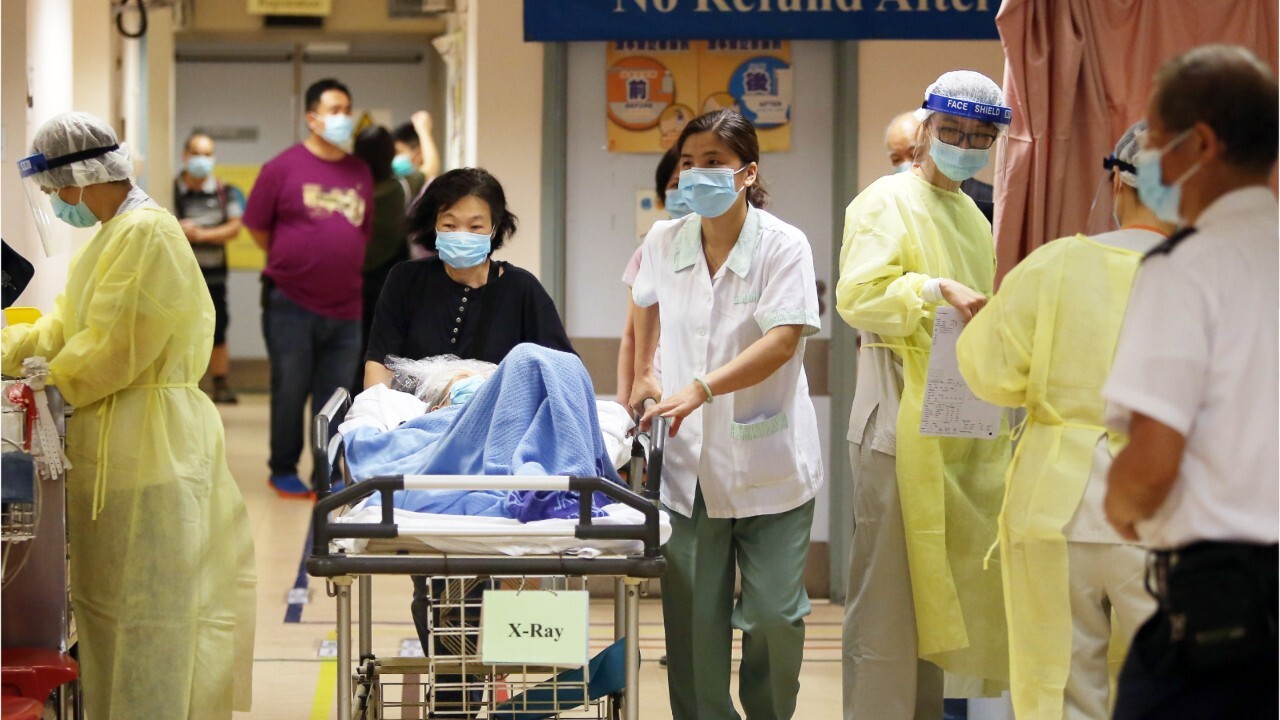 It is unclear how many people have been on board the Florida-based ships. The cruise line said the Regal Princess has a capacity of 3,560 guests and the Caribbean Princess can carry more than 3,600 guests.

Passengers began disembarking shortly after the Regal Princess pulled into port, the South Florida Sun Sentinel reported. Penny Sitz, of Minnesota, said the crew was “fantastic,” constantly cleaning and “making us wash our hands all the time.”

The Regal Princess had been scheduled to return to sea on a seven-day Caribbean trip on Sunday, but that voyage was canceled. The cruise line said guests would receive a full refund and offered $300 reimbursement for one night's hotel costs.

The cruise line hasn't announced plans for the next Caribbean Princess voyage. A cruise on the same ship was cut short last month after a gastrointestinal outbreak sickened at least 299 passengers and 22 crew members.

Meanwhile, on dry land, two people with COVID-19 died in Florida, the first deaths on the U.S. East Coast attributed to the outbreak. A spokeswoman for Gov. Ron DeSantis tweeted that both were in their 70s and had traveled overseas.

The industry was asked to devise and fund ways of transport any passengers found to carry the virus. Cruise line heads agreed to enhance entry and exit screenings and establish shipboard testing, along with new quarantine standards established by the CDC. Some of the new protocols were expected to start taking effect early this week.

The cruise lines must “make sure they are keeping their passengers safe and do not end up putting undo burden on federal resources," DeSantis said.