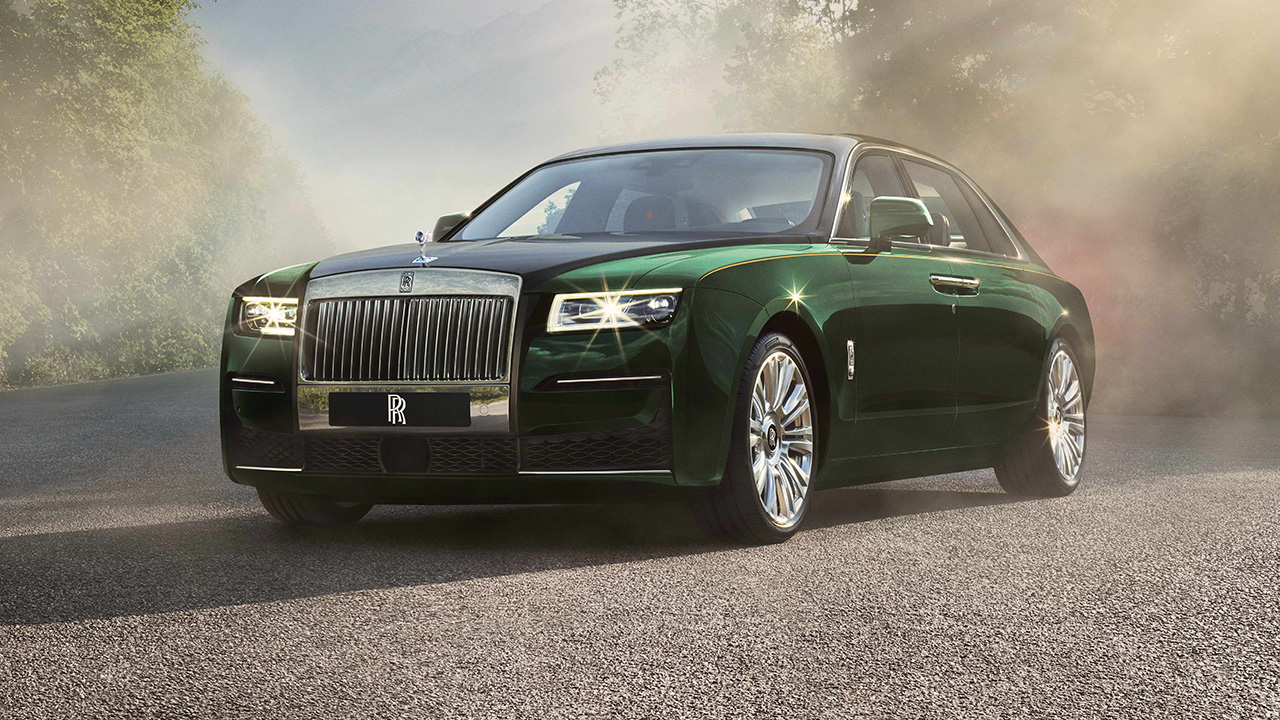 Just a few weeks after Rolls-Royce took the sheets off its all-new Ghost sedan in early September, the automaker has unveiled a stretched model with a larger, more luxurious rear-passenger cabin.

Rolls-Royce said it tried to hide the extra length by only extending the size of the rear door. (Rolls-Royce)

The Ghost Extended is about a half-foot longer than the standard model, which already measures over 18 feet in length.

Even the standard Ghost measures over 18 feet long. (Rolls-Royce)

All of the extra space is dedicated to the rear compartment, which has been upgraded with a champagne refrigerator with separate temperature settings for vintage and nonvintage bottles, along with optional reclining “Serenity Seats.”

As with the short model, the Ghost Extended is powered by a 563 hp V12 and features an air suspension system, plus all-wheel-drive and four-wheel-steering, the latter making it easier to navigate through tight confines and providing additional stability at high speeds.

The car is also available with the brand’s Starlight Headliner, which uses hundreds of LED lights to mimic the night sky on the ceiling, and has additional points of light on the dashboard. Rolls-Royce describes the relatively simple exterior design as "Post-Opulent" and a rejection of "superficial expressions of wealth."

Pricing for the Ghost Extended has not been announced, but the standard Ghost goes on sale early next year starting at $332,500.