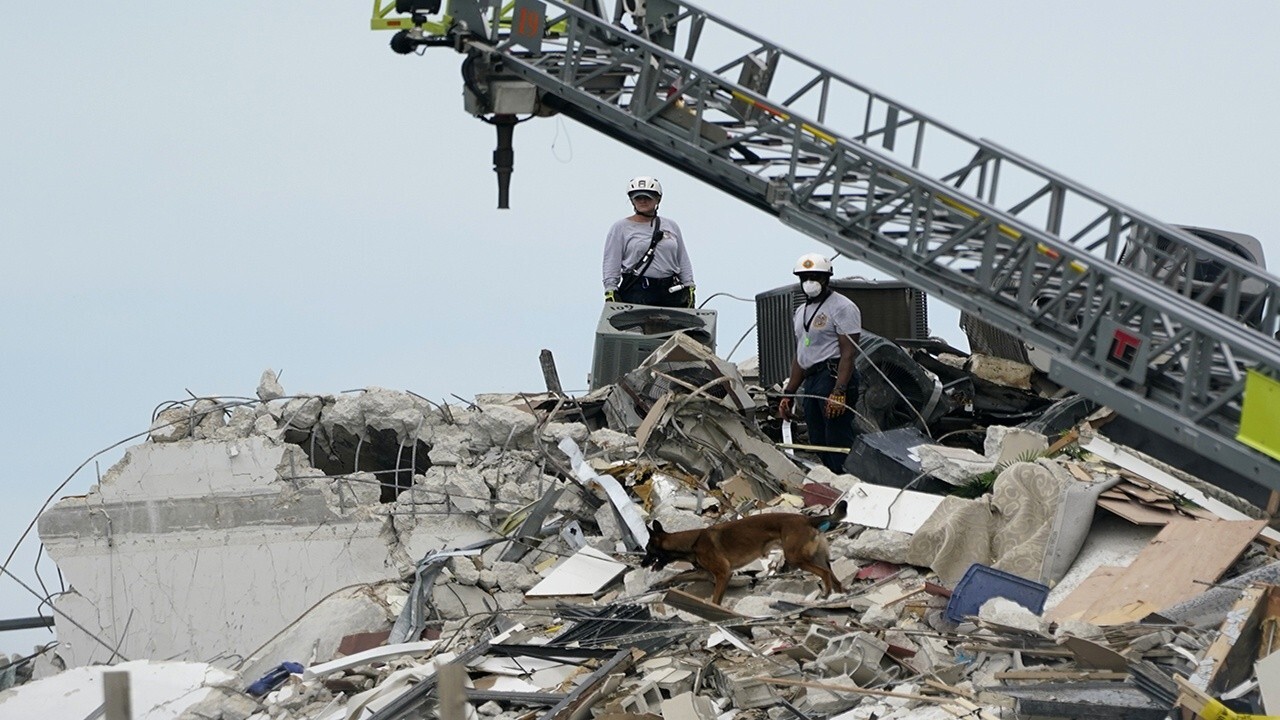 Florida Gov. Ron DeSantis on Tuesday honored first responders to the Surfside condo collapse by handing them $1,000 bonus checks and thanking them for their efforts.

Making the handoff at a press conference, the Republican governor said the gesture was "not all about the money but if we’re able to show a small token of our appreciation, we’re happy to do that."

"Everything that could have been done was done," he said.

Funding for the checks came from a bill approved by the Florida Legislature earlier this year as a "thank you" to the first responders for all they’ve done throughout the coronavirus pandemic.

The site has since been mostly swept flat and the rubble moved to a Miami warehouse. Crews found no evidence that anyone who was found dead had survived the initial collapse, officials said.