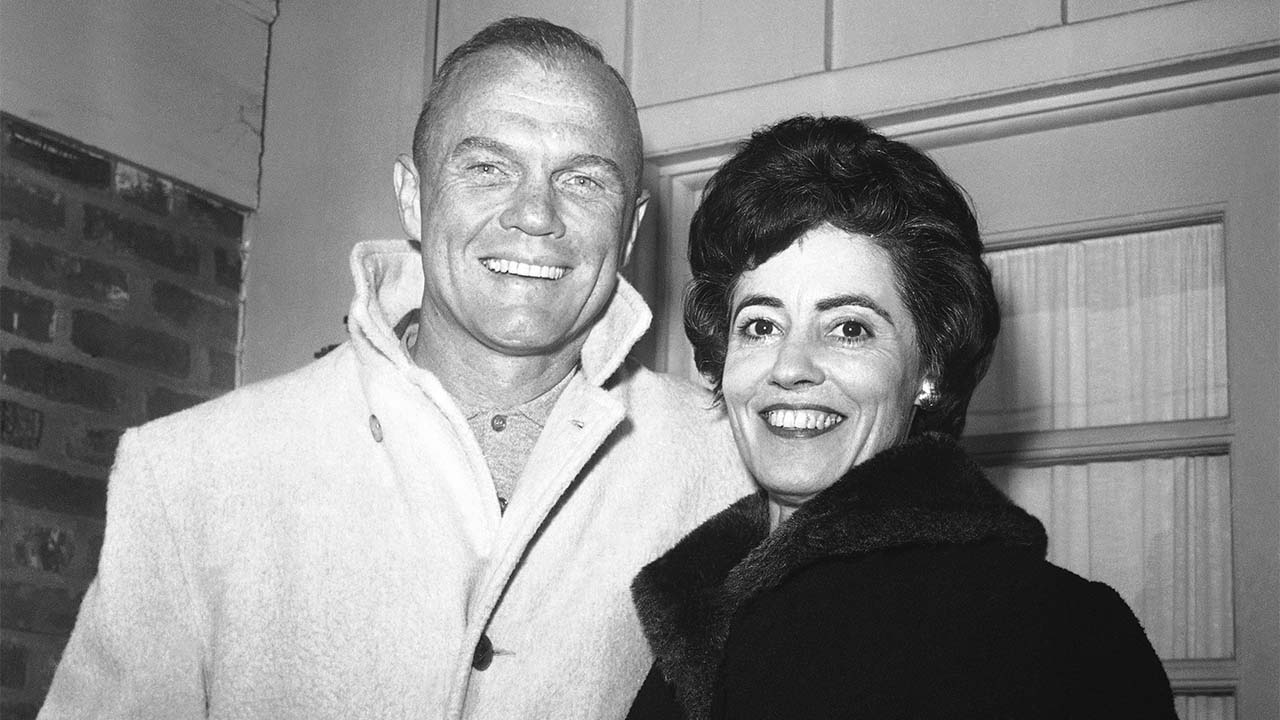 COLUMBUS, Ohio (AP) — Annie Glenn who was thrust into the spotlight in 1962 when her husband became the first American to orbit the Earth, but who shied away from the media attention because of a severe stutter that later moved her to advocate for people with speech disorders, died Tuesday. She was 100.

Glenn died of complications from COVID-19 at a nursing home near St. Paul, Minnesota, where she had moved in recent years to be near her daughter, said Hank Wilson, a spokesman for the Glenn College of Public Affairs at Ohio State University. NASA later announced her death.

Her husband, John Glenn, died in 2016 after an extraordinary life that also included breaking the transcontinental speed record and serving as a Democratic U.S. senator from Ohio. He and Annie were married for 73 years.

IS FINANCIAL INDEPENDENCE POSSIBLE DURING CORONAVIRUS?

The relationship was “the stuff of fairy tales and one of the great love stories of all time,” Dale Butland, the senator's former speechwriter and chief of staff, said in a written statement Tuesday.

“During WW II, the Korean war and two flights into outer space, Annie patiently waited for her John to come home,” Butland said. “Since December of 2016, John’s been patiently waiting for his Annie. Today, they’re both where they always wanted to be: together — for all eternity.”

At age 53 in 1973, she enrolled in an intensive program at the Communications Research Institute at Hollins College, now Hollins University, in Roanoke, Virginia, that gave her the skills to control her stutter and to speak in public.

By the time 77-year-old John Glenn returned to space in 1998 aboard the space shuttle Discovery, she showed she had become comfortable in her public role when she acknowledged she had reservations about her husband's newest flight.

“John had announced one year before that he was going to retire as a senator, so I was looking forward to having him as my own because I had given him to our government for 55 years,” she told a NASA interviewer.

Her career in advocacy included service on the boards of child abuse and speech and hearing organizations. The American Speech-Language-Hearing Association's Annie Glenn Award was created to honor people who overcome a communication disorder.

“Annie will be remembered for her work to lift others up, including those who shared her struggles with communicative disorders," U.S. Sen. Sherrod Brown, an Ohio Democrat, said in a written statement.

NASA released a statement calling her a “stalwart member of the space and military communities.”

“She stood steadfastly by her husband as he took to space once again as the oldest person to orbit Earth, even as she continued her own lifelong public service on behalf of children, the elderly, and the disabled," the statement said.

In 1998, Defense Secretary William Cohen honored Annie Glenn with the Department of Defense Medal for Outstanding Public Service, calling her “a hero in her own right” and praising her for being “a strong voice for children, speech and communications, and the disabled.”

In 2009, Glenn received an honorary doctorate of public service from Ohio State, where she served as an adjunct professor of speech pathology. The university bestows an Annie Glenn Leadership Award annually.

Glenn was born Anna Margaret Castor on Feb. 17, 1920, in Columbus, and knew her future husband while they were growing up in New Concord.

She was offered an organ scholarship to The Juilliard School, but World War II began, and John proposed, so she decided to stay with him, according to a biography on the Glenn College’s website.

The high school sweethearts attended Muskingum College and were married in 1943. They had two children, David and Lyn, who survive them.

The Glenns served on the board of the college, now Muskingum University, and Annie Glenn was named a distinguished alumni fellow in speech communications.

A virtual memorial service officiated by the Rev. Amy Miracle, of the Broad Street Presbyterian Church in Columbus, will be held at 11 a.m. June 6, Wilson said. No parishioners or guests will attend in person because of restrictions in place because of the COVID-19 pandemic that took Annie Glenn's life.