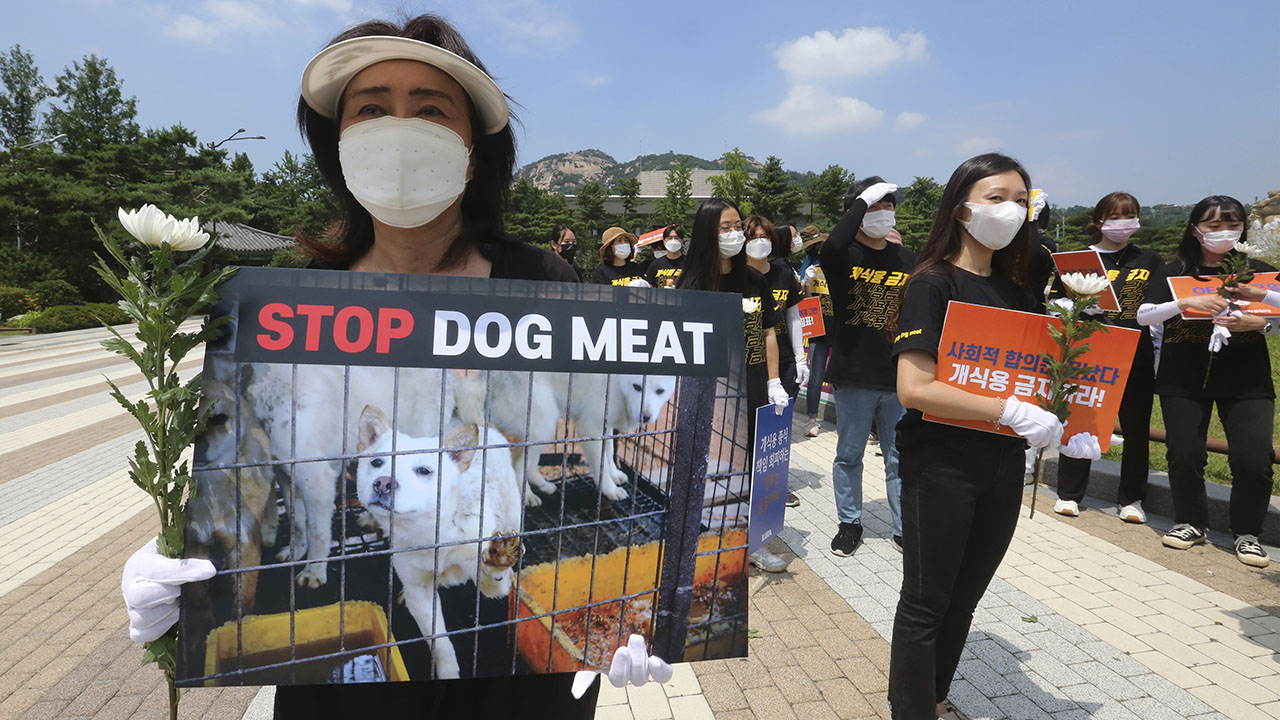 South Korea on Thursday said it will launch a task force to consider outlawing dog meat consumption after the country’s president offered to look into ending the centuries-old practice.

In a statement, seven government offices including the Agriculture Ministry said they decided to launch the group comprising officials, civilian experts and people from related organizations to deliver recommendations on possibly outlawing dog meat consumption. It said authorities will gather information on dog farms, restaurants and other facilities while examining public opinion.

"As the number of families with pet animals has risen rapidly and public interest in animal rights and welfare has grown in our country, there have been increasing voices saying that it’s difficult now to see dog meat consumption as just traditional food culture," Prime Minister Kim Boo-kyum, the country’s No. 2 official, said ahead of the statement’s release.

The government says the initiative, the first of its kind, doesn’t necessarily guarantee the banning of dog meat. The joint statement noted that "public awareness of the basic right (to eat preferred foods) and animal rights issues are tangled in a complicated manner" when it comes to dog meat consumption.

Farmers say the task force's launch is nothing but a formality to shut down their farms and dog meat restaurants, while activists argue the government’s announcement lacks resolve to outlaw dog meat consumption.

Ju Yeongbong, general secretary of an association of dog farmers, accused the government of "trampling upon" the people’s right to eat what they want and farmers’ right to live.

Lee Won Bok, head of the Korea Association for Animal Protection, called the government’s announcement "very disappointing" because it didn’t include any concrete plans on how to ban dog meat consumption.

"We have deep doubt about whether the government has a resolve to put an end to dog meat consumption," Lee said.

Ju said the farmers, mostly poor, elderly people, want the government to temporarily legalize dog meat consumption for about 20 years, with the expectation that demand will gradually taper off. Lee said animal rights organizations want a quicker end of the business.

"South Korea is the only developed country where people eat dogs, an act that is undermining our international image," Lee said. "Even if the K-pop band BTS and the (Korean drama) Squid Game are ranked No. 1 in the world, foreigners are still associating South Korea with dog meat and the Korean War."

Lee accused many farmers of animal cruelty and other illegal activities when they raise and slaughter their dogs. Ju said that activists "exaggerated" such information, and that it only applies to a small number of farms.

According to Lee, dogs are consumed as food in North Korea, China and Vietnam as well as in South Korea.

In September, President Moon Jae-in, a dog lover, asked during a meeting with the prime minister "if it’s time to carefully consider" a ban on dog meat consumption, sparking a new debate over the issue.

Dog meat is neither legal nor explicitly banned in South Korea.