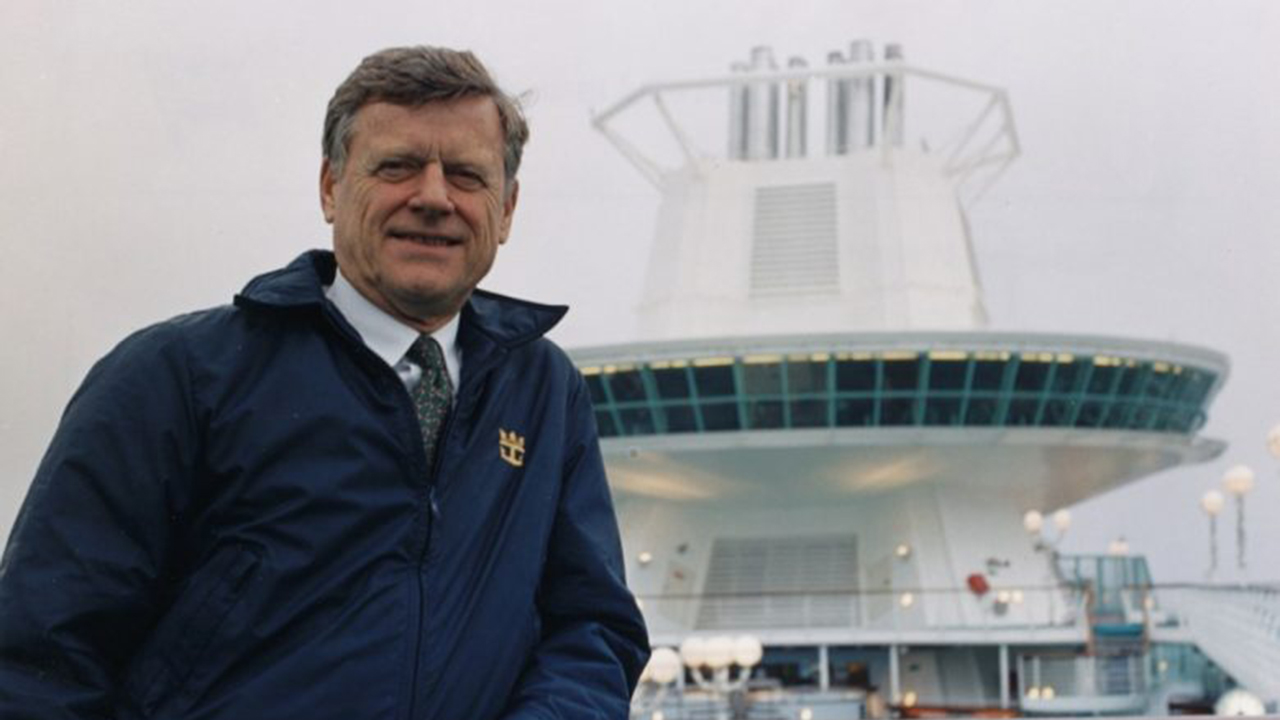 Arne Wilhelmsen, a founder of Royal Caribbean Cruises and a member of its board of directors for more than 30 years, died Saturday in Palma, Spain. He was 90.

"The entire Royal Caribbean family extends its heartfelt condolences to the Wilhelmsen family," the company said in a press release on Sunday. "Together with the company's first CEO, the late Edwin Stephan, Wilhelmsen saw possibilities for the nascent cruise industry that others did not."

Forbes pegged the net worth of Wilhelmsen and his family at $1.9 billion.

Born on June 15, 1929, in Oslo, Norway, Wilhelmsen earned his MBA at Harvard Business School and worked as a chartering assistant for Norway's EB Lund & Co. and later as a shipbroker in New York, according to Royal Caribbean. He joined his family business -- Anders Wilhelmsen & Co AS -- in 1954, before becoming its president in 1961.

"At a time when the rest of the world thought cruising was a niche use for old transatlantic liners, Arne was already seeing glimmers of the growth that was possible," said Richard Fain, RCL's chairman and CEO. "He had a vision of the modern cruise industry when the 'industry' might have been a dozen used ships, total."

Wilhelmson retired more than a decade ago, with his son Alex taking his place on the Royal Caribbean board of directors in 2003.

"Arne was a steady presence and source of wisdom on our board for decades," Fain added. "Our high standards as a company, our insistence on excellence in operations and design, and our determination to persevere all owe a great deal to the long-term vision of Arne, Alex and the Wilhelmsen family. We salute our friend, and we will miss him dearly."

Wilhelmsen founded Royal Caribbean Cruises in 1968, now one of the largest cruise ship companies in the world with a fleet of 61 across its brands.