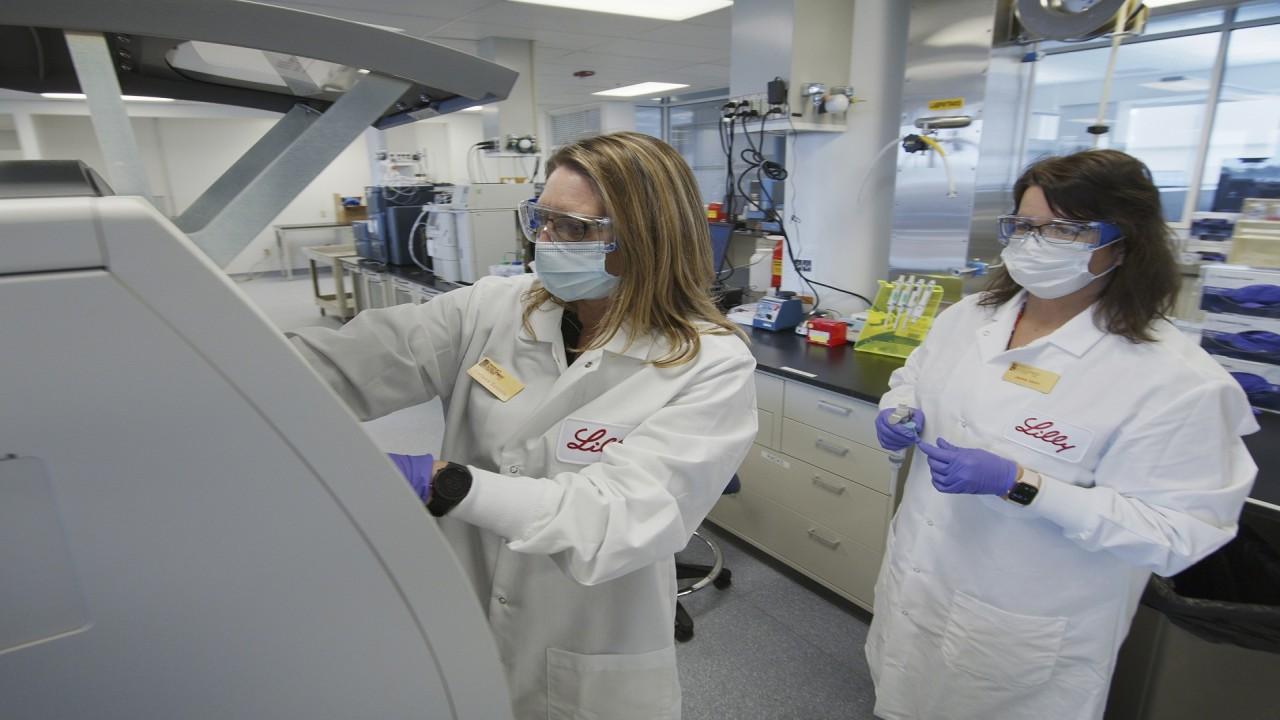 Regeneron CEO Leonard Schleifer said Sunday that the ability of the company's antibody cocktail that was administered to President Trump to treat a case of coronavirus was merely a "case report" or singular occurrence, despite the president calling the experimental drug a "cure."

"It is evidence of what's happening, but it's kind of the weakest evidence that you can get," Schiefler told CBS' "Face the Nation."

While Schleifer said there are some "very interesting aspects" of the president's case, such as his age, risk factors and immune system, he argued the real evidence of the drug's effectiveness will come from the larger, randomized clinical trials which are ongoing and viewed as the "gold standard."

"We've got some preliminary evidence that we've talked with the FDA, and we're going for an emergency use authorization, because we think it's appropriate at this time," Schleifer added. "But yes, the president's case is a case report, perhaps the most analyzed case report ever, but it's just low down on the evidence scale that we really need."

In this undated image from video provided by Regeneron Pharmaceuticals on Friday, Oct. 2, 2020, vials are inspected at the company's facilities in New York state, for efforts on an experimental coronavirus antibody drug. Antibodies are proteins the b

His comments come just days after the president took to Twitter urging regulators to approve the pharmaceutical company's emergency use authorization request for the therapeutic treatment.

"I went in, I wasn't feeling so hot and within a very short period of time they gave me Regeneron, it's called Regeneron, and other things too but I think this was the key. It was like unbelievable and I felt good immediately. I felt as good three days ago as I do now," Trump said. "I have emergency use authorization all set and we got to get it signed now. And you’re going to get better, you’re going to get better really fast.”

The president has also reportedly contacted the head of the Food and Drug Administration to push the antibody treatment's emergency use authorization approval through as the window of opportunity closes for an effective vaccine before Election Day.

The U.S. government reached a $450 million agreement with Regeneron in July to purchase roughly 300,000 treatment doses of the antibody cocktail, which the president said he intends to make free.

However, Schleifer noted that it will take a lot more than Regeneron's treatment to put an end to the pandemic.

"We need the entire industry, and I'm so proud the industry has risen," Schiefler said. "We have companies like Lilly, great companies. We're partners with Roche, one of the best companies in this whole field. Amgen is involved. AstraZeneca is involved. Black-Scholes is involved. We all have to step up if we're going to provide enough of this."

There are more than 7.7 million confirmed cases of the coronavirus in the United States and more than 214,000 related deaths, according to the latest update by Johns Hopkins University.