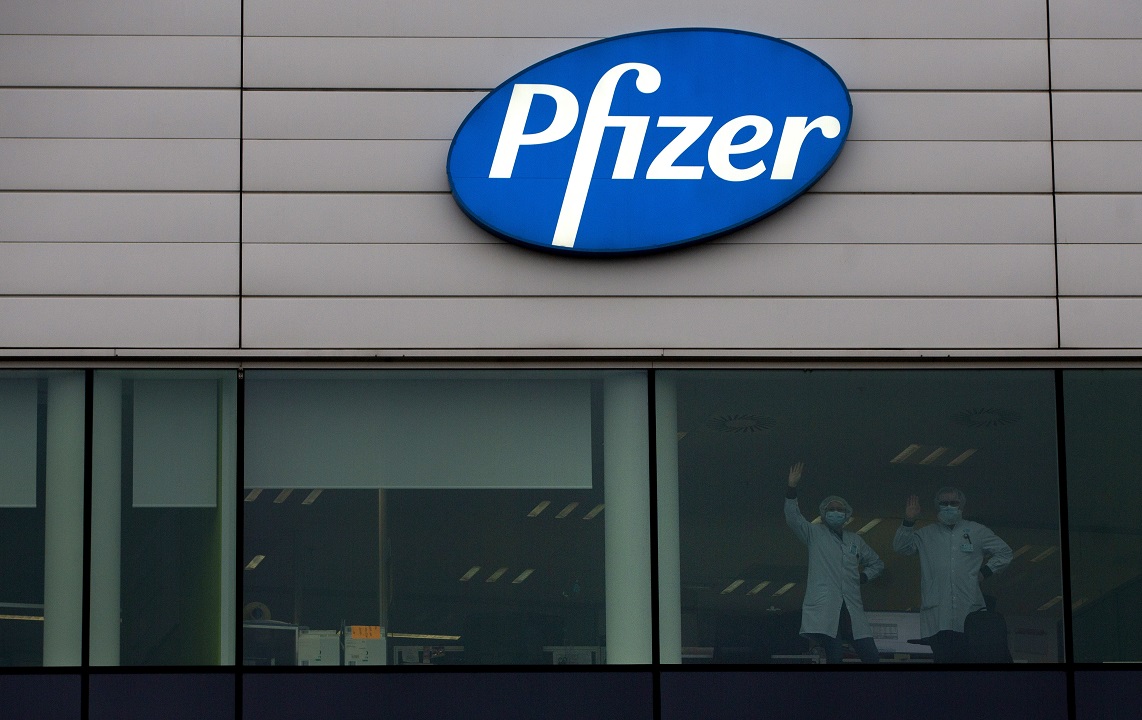 Pfizer Inc. expects to ship half of the Covid-19 vaccines it originally planned for this year because of supply-chain problems, but still expects to roll out more than a billion doses in 2021.

“Scaling up the raw material supply chain took longer than expected,” a company spokeswoman said. “And it’s important to highlight that the outcome of the clinical trial was somewhat later than the initial projection.

Pfizer and Germany-based partner BioNTech SE had hoped to roll out 100 million vaccines world-wide by the end of this year, a plan that has now been reduced to 50 million. The U.K. on Wednesday granted emergency-use authorization for the vaccine, becoming the first Western country to start administering doses.

“We were late,” said a person directly involved in the development of the Pfizer vaccine. “Some early batches of the raw materials failed to meet the standards. We fixed it, but ran out of time to meet this year’s projected shipments.”

Pfizer sources its raw materials from providers in the U.S. and Europe. Scaling up production of these components proved challenging last month as the company awaited the results of its trials, which came in to be 95% effective and well-tolerated in a 44,000-subject trial.

Pfizer wouldn’t say where shortfalls over ingredients arose as it ramped up production. Vaccines typically contain materials from suppliers that can include antivirus agents, antiseptic liquids, sterile water and elements of the DNA of the virus itself that won’t cause serious symptoms but trigger the immune system to make antibodies.

In a typical vaccination campaign, pharmaceutical companies would wait until their product is approved before buying raw materials, establishing manufacturing lines and setting up supply chains to ship a vaccine. Pfizer has never manufactured a vaccine with technology that uses mRNA, the molecular couriers that carry genetic instructions to cells in the human body, so it has had to scale up production capacity even as research was still under way.

“For this one, everything happened simultaneously,” the person familiar with the Pfizer development said. “We started setting up the supply chain in March, while the vaccine was still being developed. That’s totally unprecedented.”

Pfizer and BioNtech are now on track to roll out 1.3 billion vaccines in 2021 and the 50 million dose shortfall this year will be covered as production ramps up.

The company is setting up what it has described as its biggest ever vaccination campaign through two final assembly and distribution centers in Kalamazoo, Mich., and Puurs, Belgium, which will handle the European supply.

Two workers wave from a window at Pfizer Manufacturing in Puurs, Belgium, on Wednesday. Pfizer expects to ship half of the Covid-19 vaccines it originally planned for this year because of supply-chain problems. (AP Photo/Virginia Mayo)

The U.K. authorization marks a milestone in the effort to develop a promising new vaccine technology into a widely available shot in record time.

The U.K. ordered 40 million Pfizer doses, enough to vaccinate 20 million people. The government said in November that it could get up to 10 million doses this year, but the expectation now is that four to five million vaccines will be shipped.

U.K. Health Secretary Matt Hancock said the shots will be rolled out as quickly as they can be made at Pfizer’s Belgium plant. Some 800,000 are due in the coming days and “several millions” throughout December, he said.

The U.S. government has placed an initial order for 100 million doses of the Pfizer vaccine, with the option to purchase 500 million additional doses.

The EU ordered 200 million doses with an option for another 100 million. Japan ordered 120 million doses, and countries in South America and in the Asia-Pacific region also have placed significant orders.