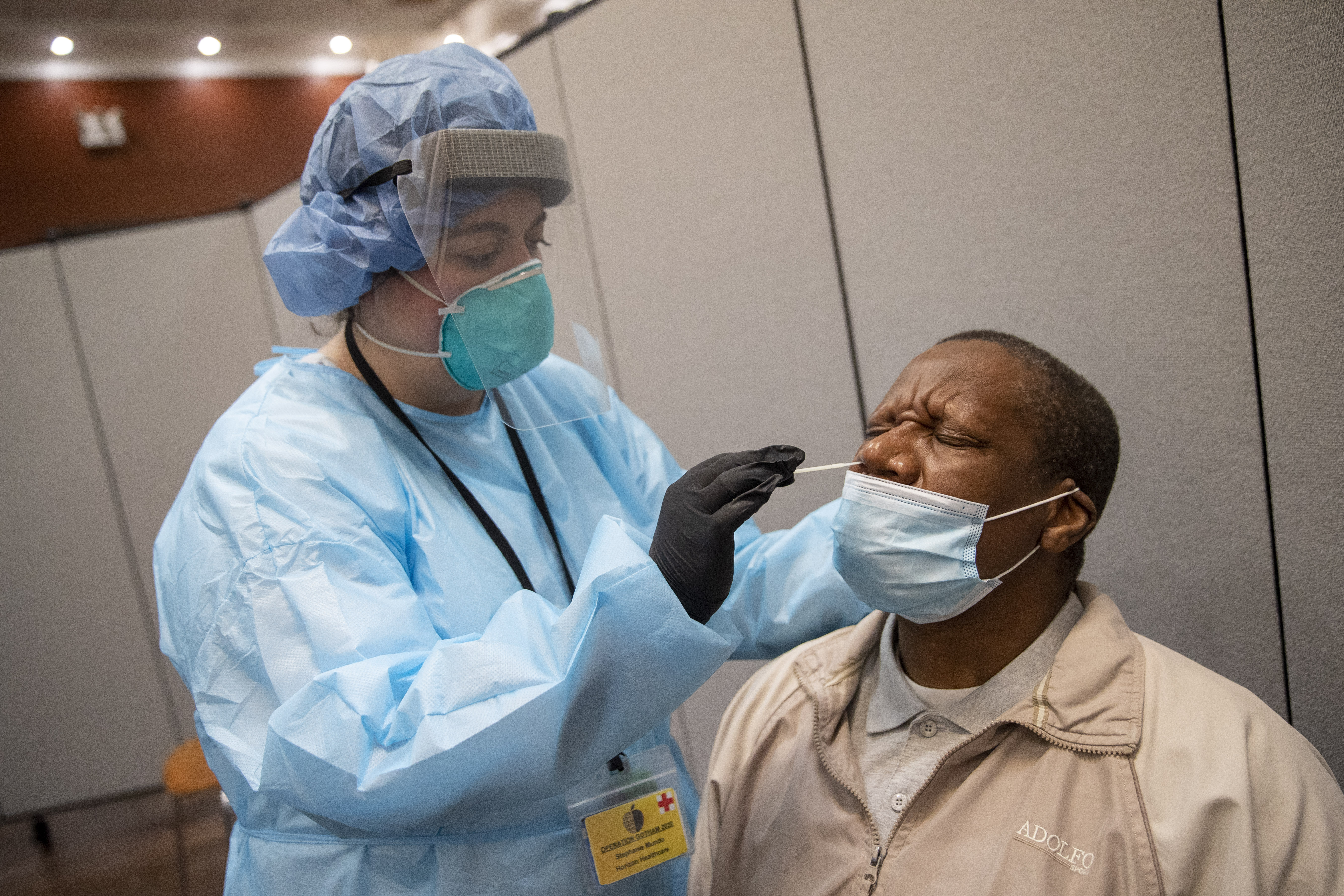 The coronavirus is taking quite a toll on state budgets, forcing many governments to consider deep cuts to schools, universities, health care and other basic functions that would have been unthinkable just a few months ago.

Many states expect their revenue to plunge by 15 percent to 20 percent because government-ordered lockdowns have wiped out much of the economy and caused tax collections to evaporate. That puts statehouses billions of dollars in the red for the fiscal year that usually begins in July, with no end to the crisis in sight.

Colorado faces a gap of nearly a quarter of the state’s general budget. The projected gap in California is more than a fifth of its spending plan and in Oklahoma, a sixth. The governor of Oregon is preparing to cut 17 percent of her budget. Michigan may have to slash up to a quarter of the money it sends to schools.

“There’s no crisis we’ve had that even comes close to this,” said Greg Albrecht, chief economist for the Louisiana Legislature. “This is a (Hurricane) Katrina-sized downgrade in the forecast.” A forecasting panel slashed the state’s income projections by $1 billion because of the virus.

The drumbeat of bad news continued Wednesday as Washington's governor froze most state hiring and called for 15 percent cuts to many parts of the budget. New Jersey announced that tax revenue for April was down 60 percent compared with the year before — and that it will look worse next month.

The dire projections are coming out as Congress gets ready to debate whether and how to help.

Before the pandemic, most states had generally healthy budget situations and were working on adding to their reserves, which had been built over the decade since the Great Recession. Now state finances are in peril regardless of the actual number of infections. In nearly every state that has estimates, the projected budget gaps are bigger than the emergency savings.

JOBS LOST DURING CORONAVIRUS WILL RETURN AS US ECONOMY REOPENS: MNUCHIN

Governors and lawmakers hope for at least a partial bailout from Congress, which is considering a relief package that could provide money to keep teachers in classrooms, parks open and police on the streets. How much Congress and President Trump agree to send is primed to be the next big battle in Washington.

New York Gov. Andrew Cuomo said his state needs $61 billion in federal support "or we will wind up aggravating the situation” by forcing cuts to local governments.

“You know who local governments are? That’s police, firefighters. You want me to cut hospitals? Hospitals are the nurses and the doctors who just got us through this and everyone celebrates as heroes. If you don’t fund the state, that’s who you’re cutting in terms of finances.”

One state that stands to survive with minimal cutbacks is South Carolina, where revenue in the $10 billion budget that starts July 1 is expected to be down by perhaps $1 billion — but all of that shortfall was in extra money the state expected to collect in taxes and fees before the pandemic crash. Utah officials said they may be in a similar situation, with enough reserves to weather the pandemic. And Montana Gov. Steve Bullock, a Democrat, said Wednesday his state is still projecting a surplus a year from now, although smaller than originally planned, and does not anticipate budget cuts. Montana has the second lowest number of confirmed COVID-19 cases, behind Alaska.

Texas, the nation's second-most populous state, expects revenue to plummet by billions of dollars over the next 14 months. House Speaker Dennis Bonnen has called on state agencies to reduce spending by 5 percent, but the idea has not picked up momentum.

The Center on Budget and Policy Priorities, a nonpartisan but generally left-leaning think tank, projects a cumulative budget gap of $650 billion for state governments through the next two fiscal years. That would more than gobble up most states' reserves as well as the federal aid they have received so far.

House Democrats included nearly a third of a $3 trillion aid bill for state and local governments. The plan is scheduled to get its first vote on Friday. A bipartisan version expected to be introduced in the Senate calls for $500 billion for governments.

“We have to address it in a big way,” House Speaker Nancy Pelosi told The Associated Press in an interview. “The American people are worth it.”

But some lawmakers are reluctant to offer any such general aid.

“We believe additional money sent to the states for ‘lost revenue’ or without appropriate safeguards will be used to bail out unfunded pensions, reward decades of state mismanagement and incentivize states to become more reliant on federal taxpayers,” five GOP senators wrote in a letter to Trump, who has also been wary of what he calls a “bailout” for states.

Advocates for aid point out that the federal government, unlike states, is not required to have a balanced budget. For states, budget cuts or tax increases are the two main options for addressing huge drops in revenue, and so far there has been little appetite to increase taxes with nearly one-fifth of the workforce filing for unemployment benefits.

In March, lawmakers in Florida, one of the biggest GOP-run states, adopted a budget that came with the expectation that it would be cut later. But they have not yet formally sent the budget to Republican Gov. Ron DeSantis, giving him more time to make cuts with line-item vetoes.

The governor said it’s become clear that the economic fallout from the virus has worsened.

“Now, remember, we started doing 15 days to stop the spread,” he said at a news conference this week. “Then it went into another 30, and so I think that that’s caused a lot of problems throughout the country.”

Lawmakers in Missouri, where Republicans control the Legislature and the governor's office, last week adopted a budget that counts on more federal aid. If it fails to come through, aid to state universities would be cut 10 percent.

In New York, which has seen by far the nation's highest number of virus cases and deaths, lawmakers will plug a gap for this year estimated at more than $13 billion, or about a seventh of the budget, by borrowing up to $3 billion and cutting more than $10 billion that was supposed to go to local governments.

Sarah Brancatella, the legislative director and counsel for the New York Association of Towns, said that could translate into aid cuts of more than 40 percent for some communities.

“We understand that we’re all in this together and everyone is hurting and will have to tighten their belts,” Brancatella said in an email. “Our hope is that the federal government will not force the state into making these difficult decisions.”