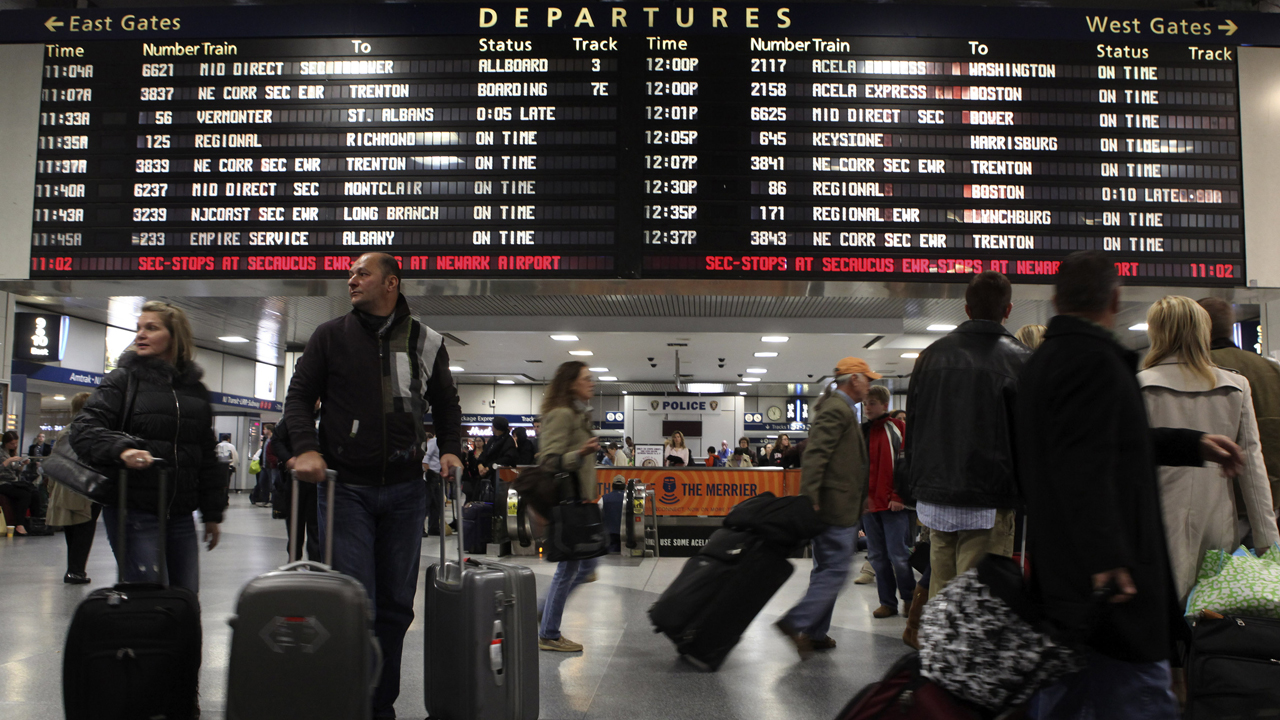 A coalition of transportation and civic groups called on New York elected officials to stop plans to expand Midtown Manhattan's Penn Station and build 10 nearby towers.

"We want this project to be paused," said Liam Blank, a spokesman for Tri-State Transportation Campaign, a regional transportation advocacy group that is among the coalition's members. "We would like a more comprehensive plan centered on transportation as opposed to prioritizing real estate first and transportation as a secondary benefit."

New York Penn Station was the country's busiest commuter hub before the coronavirus pandemic forced many offices to close temporarily. The station, which opened about 50 years ago, wasn't designed to carry the roughly 600,000 daily commuter-rail and subway riders that have flowed through it on an average weekday.

The station's owner, Amtrak, as well as officials in New York and New Jersey, unveiled plans more than five years ago to expand Penn Station one block south and build a new rail tunnel under the Hudson River that would double rail capacity.

More concrete plans for the station and the area, dubbed the Empire Station Complex by New York Gov. Andrew Cuomo's administration, have taken shape over the past 18 months.

The coalition opposes proposals meant to fund those Penn Station improvements and the station's potential expansion, which are being led by Empire State Development, the state's economic development arm. The proposals envisage building new towers on blocks around the station between Sixth and Ninth avenues from West 30th to West 34th streets, including a tower on the site of the current Hotel Pennsylvania that would top out roughly parallel with the roof of the Empire State Building.

A spokesman for Empire State Development, Matthew Gorton, said that the group has engaged in substantial outreach to try to include community input in its proposals. Mr. Gorton said the development corporation recently postponed a public hearing at the request of elected officials to allow more time for community responses. "We will continue to work collaboratively with the community to ensure we put the best plan forward," he said.

Mr. Cuomo has called the planned station complex a crucial piece in the state's infrastructure that will support economic growth in the city and the state.

In the state budget that the state Legislature approved Wednesday, lawmakers earmarked $1.3 billion for the acquisition of properties related to Penn Station transportation improvements. State officials say the new towers will help fund renovations of the existing Penn Station as well as the station's southward expansion via the sale of air rights and the use of so-called PILOTs, or payments in lieu of taxes.

Vornado Realty Trust, the real-estate firm that wants to build some of the towers, declined to comment.

Coalition members say they don't want the neighborhood around Penn Station to become dwarfed by glass towers in a way they said would be similar to the $25 billion Hudson Yards development on Manhattan's west side. Dan Biederman, president of the 34th Street Partnership, a nonprofit private-management company serving as a business improvement district, said many areas around the station would benefit from redevelopment.

Mr. Biederman said MTA and Empire State Development plans include new street-level additions and underground passageways that would improve the streetscape and access to Penn Station. Increasing office density around the station is a good idea from an environmental standpoint, he added. "If there's anywhere there ought to be big buildings for offices, it ought to be right on top of the biggest transit hub in the country," he said.

State Sen. Brad Hoylman, a Democrat who represents parts of Manhattan, said he supports transit improvements and the revitalization of the Penn Station area but is concerned the state is overriding local zoning laws and sidestepping community input. "You can't parachute in a plan that's going to wreck this neighborhood without talking to the people who are going to be impacted by it," said Mr. Hoylman, who sits on a community advisory council for the Empire Station Complex.

Normally, New York City regulates the use of most land in Manhattan. But the state has taken over the land-use process around Penn Station by designating the area as blighted.

A spokesman for Mr. de Blasio said that the city wanted to make sure there is as much local input and control as possible in the project's next steps.

Write to Paul Berger at Paul.Berger@wsj.com