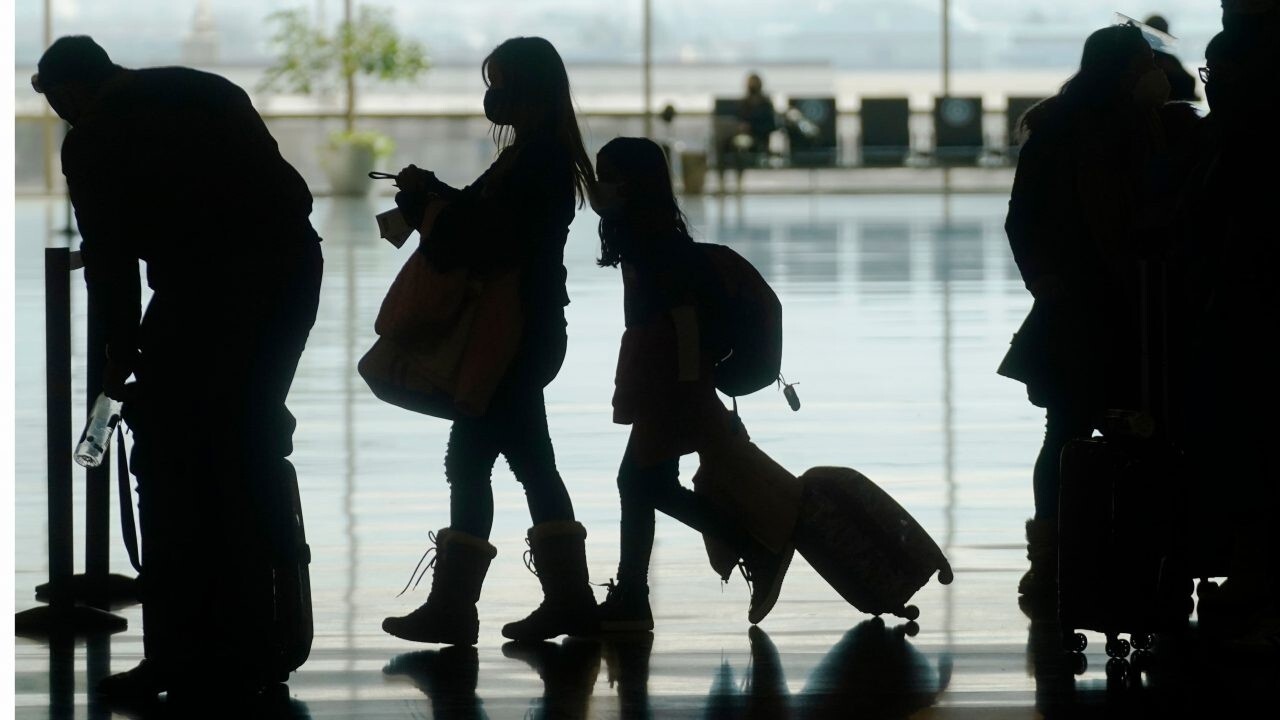 Travel in second half of 2021 will 'boom': Marriott Vacations CEO

The timeshare company hosted a hiring event Wednesday that reportedly offered a $1,000 sign-on bonus to job applicants who got hired, a spokesperson for Marriot Vacations Worldwide confirmed to FOX Business.

Available jobs the hospitality giant was hiring for included housekeeping, safety and security and engineering and maintenance.

While new hires will receive a sign-on bonus of $1,000, it will not be all paid out at one time. Half of the bonus will reportedly be paid to employees 30 days after their hiring and the other half will be paid after 90 days.

Vice President of Corporate Affairs Ed Kinney told FOX Business its May 12 hiring event is the first in-person job fair Marriott Vacations Worldwide has had this year. However, local jobseekers who missed this event can expect to see similar fairs in the future.

"The $1,000 sign-on bonus is what we believe helps us be competitive in a very, very thin workforce that’s out there," Kinney said in a phone call with FOX Business. "We’re also looking for people that choose us to have a career with. So, not just a job for job’s sake, but something that they can grow in."

Around 100 applicants registered for Marriott’s job fair, and the company has about 120 positions to fill for its first round.

Business is also picking up for Marriott Vacations Worldwide with the timeshare regularly hitting 85% to 95% occupancy from members who are visiting Orlando, according to Kinney.

Marriott Vacations Worldwide released its first-quarter earnings for 2021 on May 5, which states the company made $226 million in contract sales – a "27% sequential increase."

Marriot isn’t alone in its attempt to attract workers as the coronavirus pandemic lingers in the U.S. For example, Fox 5 San Diego reports that local hotels are offering sign-up bonuses to attract new hires, including The Westgate Hotel.

Bonuses appear to be a necessary hiring tool among several service sector jobs that are seeing a shortage in workers throughout the country due to public concern over health and safety. Moreover, COVID-19 unemployment benefits and lasting moratoriums on evictions, utility bills and loans are factors that are discouraging some Americans from returning to work.

Several service sector jobs that are seeing a shortage in workers throughout the country due to public concern over health and safety during COVID-19. (iStock)

The U.S. Bureau of Labor Statistics most recent jobs report shows that employment rose only by 266,000 jobs in the month of April, which is drastically lower than what economists predicted the number would be in multiple forecasts.

FOX Business previously reported that economists expected around one million jobs to be added for the month due to the country’s rising vaccination rate.

At the time of publication, 117 million Americans are fully vaccinated for COVID-19, according to CDC data.

The state of Florida, where Marriott Vacations Worldwide is doing its hiring, has 6.6 million people fully vaccinated out of a population of 21.5 million. A total of 12.6 million doses have been administered, which means another 6 million residents are on their way to becoming fully vaccinated.