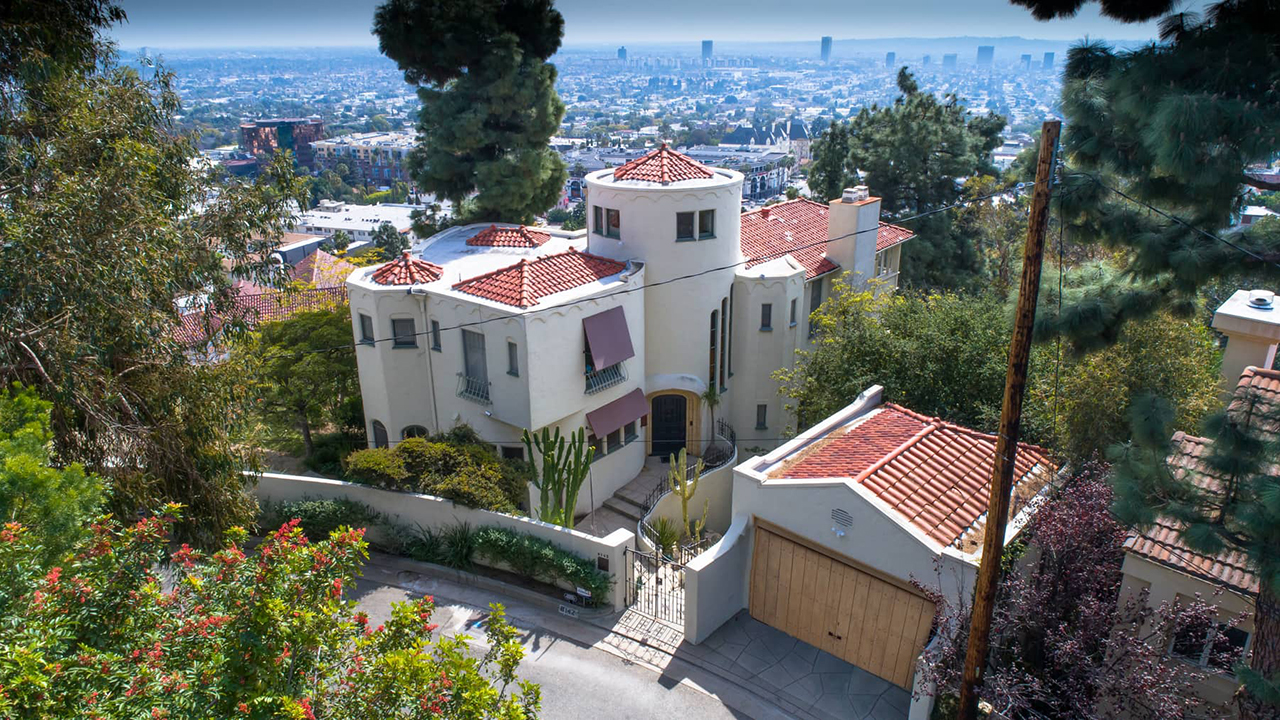 A mansion once owned by superstar actor Marlon Brando is on the market for $4.295 million.

According to a listing from Compass' Marc Silver, the Hollywood Hills property was built in 1926 after being designed by the famous architect A.F. Leicht.

The home's rooms boast vaulted ceilings and flying buttresses from the time.

The Sunset Strip is visible from the home's higher points, while from the bedrooms, views of West Hollywood and downtown Los Angeles are visible.

The Mediterranean-style home includes a master suite with a sunroom, tile bathrooms and three additional bedrooms in the main house.

Clocking in at over 4,300 square feet, the mansion's living room was once used to photograph Brando with his first Oscar in 1955.

The home is over 4,300 square feet and features four bedrooms and five bathrooms. (Marc Silver, Compass)

The "informal large living, library, dining room" seats up to 20 people, while a new kitchen and breakfast room are also available.

Additionally, the home has five bathrooms in total, two fireplaces and guest quarters in its four stories.

Originally built in 1926, the home was once used to shoot photos of Brando after he won his first Oscar in 1955. (Marc Silver, Compass)

According to the listing, the current owners purchased the home for $3.9 million in 2018 before listing the property last month.