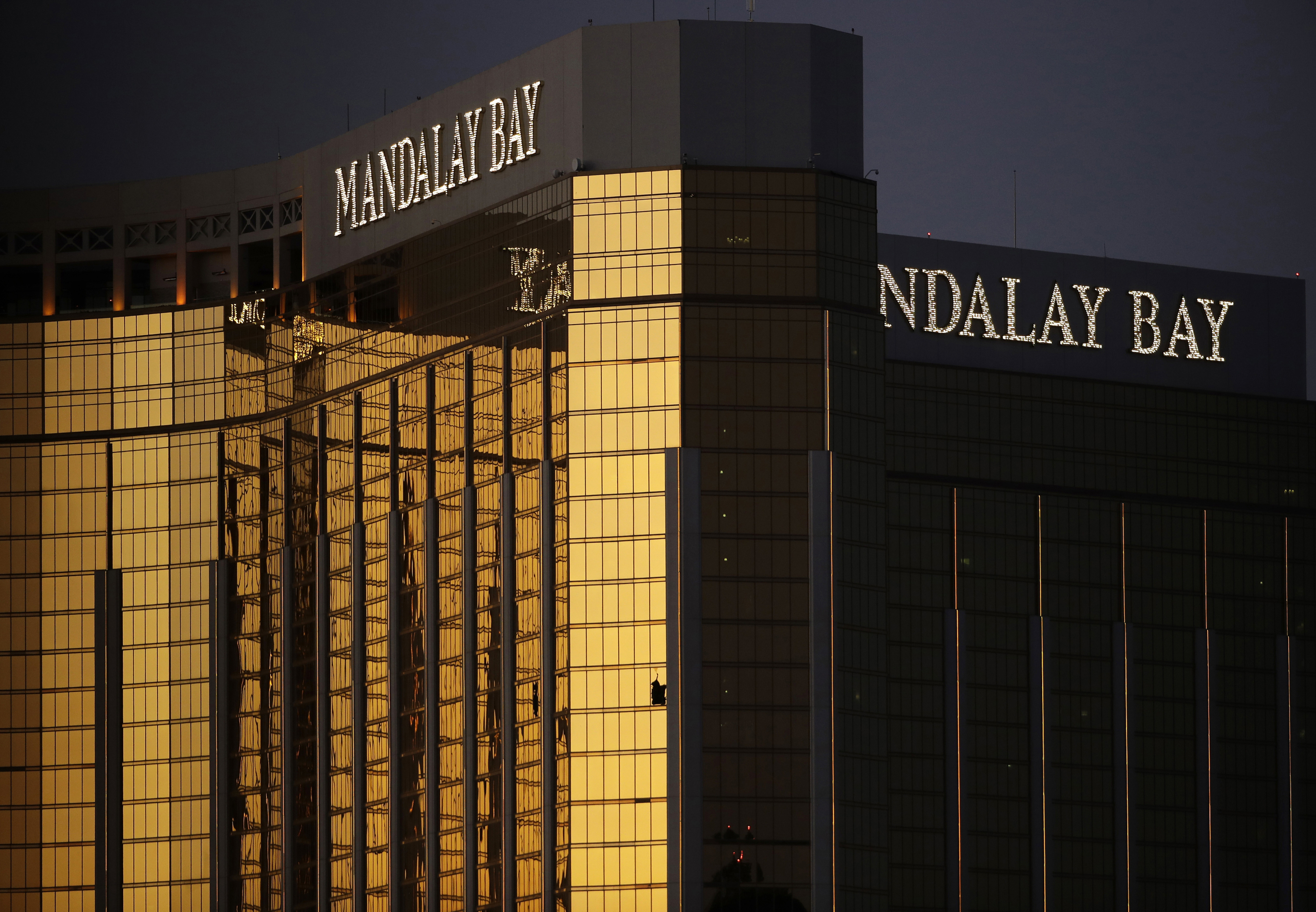 More than 4,400 relatives and victims of the deadliest mass shooting in recent U.S. history could receive a total of $800 million in payouts from MGM Resorts International and its insurers by January, the casino giant and attorneys said Thursday.

After a year arranging details, Robert Eglet, the attorney handling the settlement of dozens of lawsuits, submitted documents asking a Nevada court judge to approve sweeping negotiations involving an eye-popping number of plaintiffs from nearly every state in the U.S., at least eight Canadian provinces, the United Kingdom, Iran and Ireland.

The line-by-line list of victims, identified by initials only, runs for more than 170 pages of a 225-page civil complaint seeking compensation and punitive damages from MGM Resorts. It accuses the casino company of negligence, wrongful death and liability in the 2017 shooting that killed 58 people and injured more than 850 others on the Las Vegas Strip.

A man with military-style weapons rained gunfire into a crowd at an outdoor country music festival from his room on the upper floors of the Mandalay Bay resort, which MGM Resorts owns.

The company acknowledged no liability. It will pay $49 million, while insurance companies will pay $751 million, both sides said.

A separate document declares the case settled and asks Clark County District Court Judge Linda Marie Bell to set a date to field any objections. Bell could set a hearing by the third anniversary of the Oct. 1, 2017, massacre.

“Clearly, the case has been settled in good faith,” said Eglet, speaking on behalf of his 2,000-plus clients and dozens of legal firms and attorneys in at least 10 states who initially filed lawsuits and eventually joined the consolidated settlement.

“Everybody recognized there are no winners in long, drawn-out litigation with multiple trials where people and the community are reliving the event every time we try a case,” he told The Associated Press.

In a statement, MGM Resorts called the court filings “the next steps in the settlement process ... thereby bringing all parties closer to closure so the community can continue to heal.”

Millions of dollars could go to the most severely and permanently injured, Eglet said, depending on factors including age, number of dependents, type of injuries, previous and future medical treatment, and ability to work.

A minimum $5,000 would go to each person who filed a claim for unseen injuries and did not seek medical attention or therapy, he said.

“We’re hopeful it will be by the end of this year, but a lot could depend on appeals and how quickly and efficiently the administrators can finish their work. They’ve got a lot of work to do,” Eglet said.

This week’s court filings don't mention the gunman, Stephen Paddock, who killed himself as police closed in. Las Vegas police and the FBI determined the 64-year-old retired accountant and high-stakes poker player meticulously planned the attack and acted alone. They theorized he may have sought notoriety, but said they never determined a clear motive for the attack.

In various lawsuits, victims and families accused MGM Resorts of failing to protect people at the concert venue it owned or stop the shooter from amassing an arsenal of assault-style weapons and ammunition over several days before he opened fire.