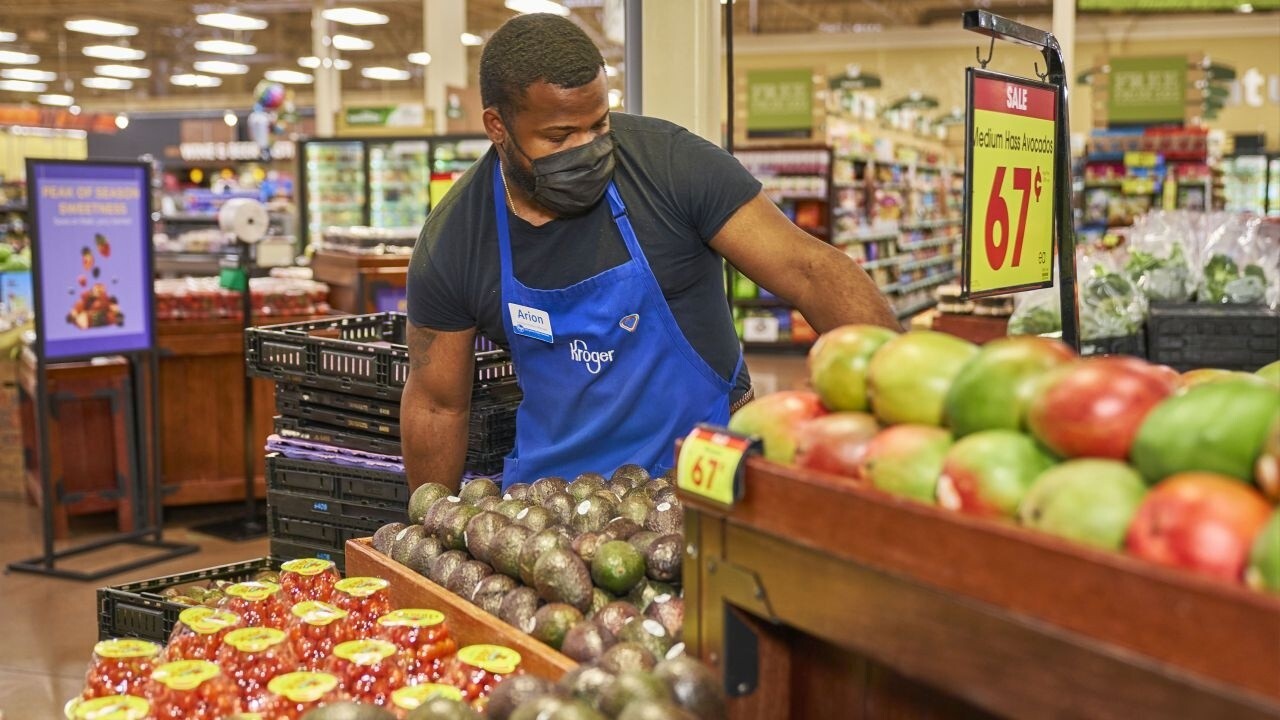 Kroger spending $350 million to get employees back to work

Kroger’s hiring event was a first of its kind for the company and involved virtual and in-store interviews that took place nationwide.

In a press release for the one-day event, the company initially said it was looking to expand its retail team with 10,000 store associates, who would work in e-commerce, pharmacy, manufacturing and logistics operations.

The Kroger Family of Companies held a one-day recruitment event on June 10, 2021. The company had previously said it was looking to hire 10,000 store associates nationwide. (Kroger)

A spokesperson for Kroger told FOX Business that more than 5,000 people were offered positions at the company as a result of the event. Kroger is also reaching out to other applicants for other roles as the company’s goal is to hire 10,000 new workers.

KROGER SEES SIGNS INFLATION IS STARTING TO PICK UP

Aside from being on track to meeting its hiring goal, Kroger’s first-quarter results state the company is on its way to raising its average hourly wage to $16 per hour, which stems from a $350 million investment the company made in 2021.

The quarterly release also claims the chain will be pushing the pay raise further by the end of the year.

"On track to increase Kroger Family of Companies' average hourly wage to $16 an hour and with comprehensive benefits, will be approaching $21 by the end of 2021," the results say.

Kroger’s national recruitment efforts come at a time when retailers and restaurants are struggling to find workers despite the coronavirus pandemic’s wane.

The 10,000 store associates Kroger said it would like to hire are going to take on different roles within retail, e-commerce, pharmacy, manufacturing and logistics operations. (Kroger)

When COVID-19 first hit, Kroger and many other companies offered hourly bonuses to front-facing employees who performed essential tasks. However, within several months these essential workers saw their additional pay dwindle, which a number of grocery store unions notably fought against.

The United Food and Commercial Workers issued a statement last month that criticized large grocery chains and big-box stores for updating coronavirus mask policies to go along with the CDC’s updated guidance. The health agency stated that fully vaccinated Americans no longer have to wear masks or social distance in most public settings, so long as it doesn’t conflict with federal mandates.

With only 146 million Americans fully vaccinated for COVID-19 so far, critics are concerned that optional mask wear and social distancing could further the spread of the respiratory virus. Although, current data from the Johns Hopkins COVID-19 Dashboard shows the number of daily cases is on the decline.

At the same time, American consumers appear to be going to stores more so than they have in the last year and it is spelling trouble for retailers who are trying to keep up with the rising demand, the Associated Press reports.