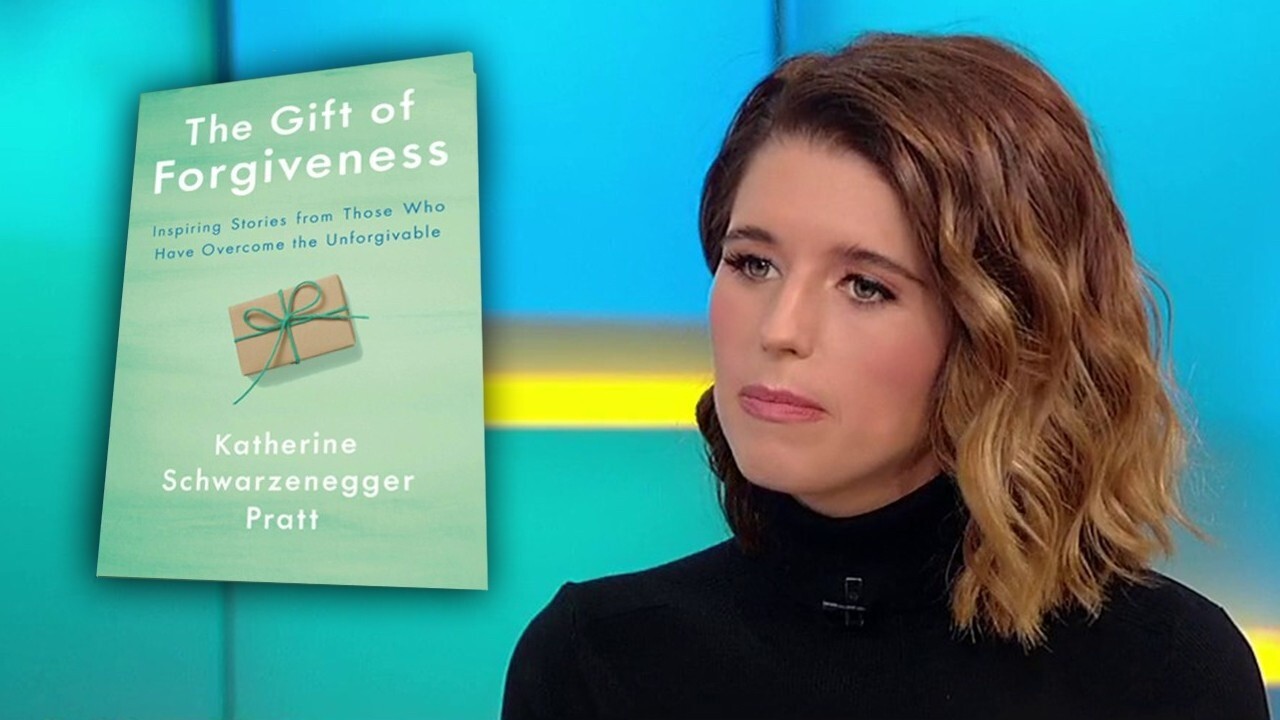 Katherine Schwarzenegger Pratt has made a career of writing what she knows, from teaching about healthy body image to grappling with entering the real world after graduating college.

Her latest book, “ The Gift of Forgiveness: Inspiring Stories from Those Who Have Overcome the Unforgivable,” is a deep dive into various stories on forgiveness.

Schwarzenegger Pratt, the eldest child of actor and politician Arnold Schwarzenegger and broadcast journalist Maria Shriver, writes in the book that she came up with the idea when struggling with how to forgive a friend who she had a falling out with.

This March 9, 2020, photo shows Katherine Schwarzenegger Pratt posing for a portrait in New York to promote her book "The Gift of Forgiveness: Inspiring Stories from Those Who Have Overcome the Unforgivable." (Matt Licari/Invision/AP)

She interviewed 22 people, including kidnapping victim Elizabeth Smart and Tanya Brown, the sister of murder victim Nicole Brown Simpson, and Sebastian Marroquin, the son of drug kingpin Pablo Escobar, about their own experiences with forgiveness.

Schwarzenegger Pratt says the biggest lesson learned is that forgiveness is not a one-size-fits-all process.

“There isn’t one way to forgive, there’s not a right way, a wrong way, there’s only your way,” she said. “I would never be able to tell somebody how to practice forgiveness specifically in their lives because it’s so unique to their situation.”

In an interview with The Associated Press, Schwarzenegger Pratt talked about writing, advocating for animals, and of course, forgiveness.

AP: You talk to people for the book who’ve experienced some pretty heavy circumstances. Were you nervous to do those interviews?

Schwarzenegger Pratt: You’re always nervous when interviewing people that you don’t know about a topic that’s very intense like forgiveness. I reached out to everybody and didn’t know anyone beforehand and just blindly asked them if they would be willing to sit down and talk to me about forgiveness. I went into every single interview not knowing how much they would open up or what they would give me in the interview and every single person was just so incredible to talk to, so inspiring and raw and open and vulnerable.

This cover image released by Viking Life shows "The Gift of Forgiveness: Inspiring Stories from Those Who Have Overcome the Unforgivable" by Katherine Schwarzenegger Pratt. (Viking Life via AP)

AP: What did you ultimately take away on forgiveness?

Schwarzenegger Pratt: For some people it comes very easily and naturally and they can just decide to forgive someone and be done with it. And for a lot of people, myself included, it’s an ongoing process. So, it’s about being OK with it.

AP: Did you want to be a writer growing up?

Schwarzenegger Pratt: I always would write in journals when I was younger and found it very helpful for myself and therapeutic. If you had asked me when I was 10 years old if I would be writing books, I don’t know that I would say that, but I think it’s been such a blessing for me in my life. I’ve been able to take situations and topics that I have struggled with and have looked at others struggling with and it’s driven me to write about these topics to help other people.

AP: Your dad is Arnold Schwarzenegger. Your mom is Maria Shriver and a member of the Kennedy family. You must’ve met so many notable people throughout your life. Is there anyone you haven’t met yet?

Schwarzenegger Pratt: I don’t actually know who that would be. A lot of times I think of people who are no longer on this earth that I would like to spend extra time with and I often will think about my grandma, especially as I’ve gotten older. When you’re little you kind of take your grandparents for granted and when you’re older you wish you could go back and talk to them about certain life things. So that’s probably who I would think about — both my grandparents — to have more time with.

AP: You do a lot of animal advocacy and you have your own dog, Maverick, whom you’ve written a children’s book about. Plus, you have a farm with your husband, actor Chris Pratt. Talk about why animals are so important to you.

Schwarzenegger Pratt: I’ve always been a big animal lover. When I adopted my dog, Maverick, and became introduced to the animal rescue world, it was such a blessing for me. To be a voice for the voiceless and advocate on their behalf is a really important thing for me.

AP: You’re embarking on a book tour. Is it hard to leave Maverick at home?

Schwarzenegger Pratt: Yes, but he has the greatest family support system. My mom is amazing with him and my sister, Christina, takes him for sleepovers and I’m so grateful.