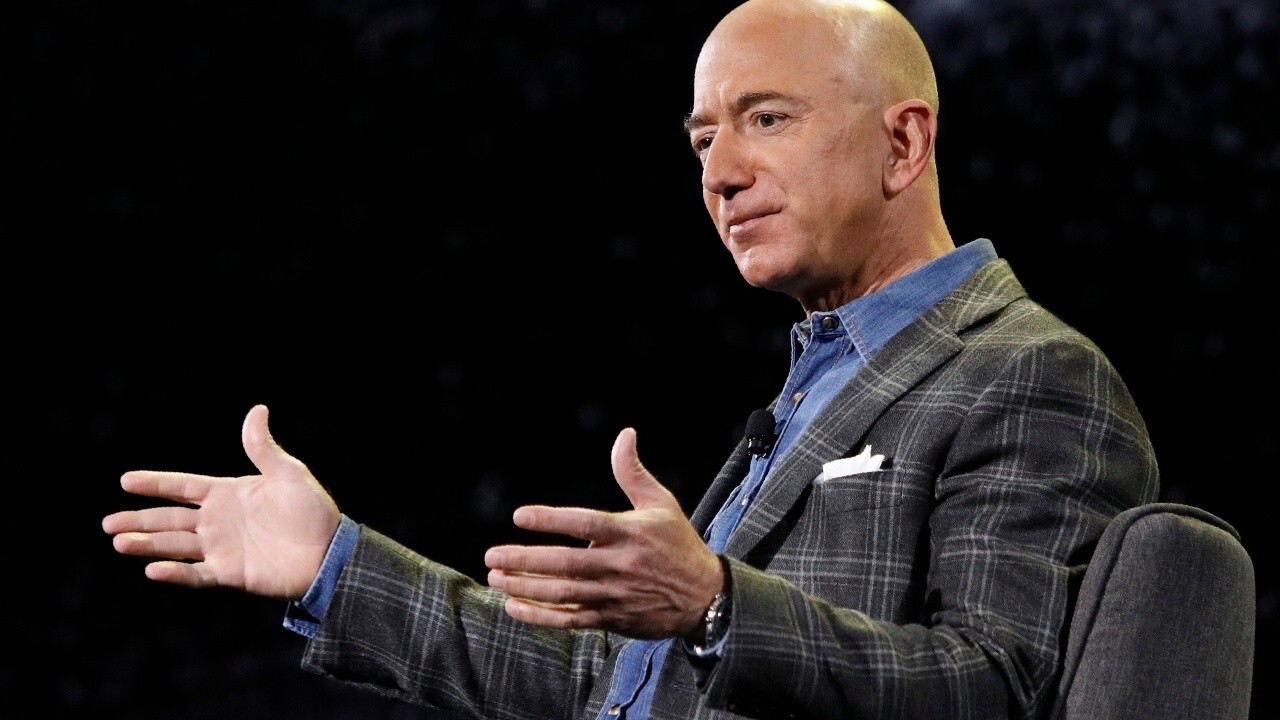 Billionaire Amazon founder Jeff Bezos has spoken out through his company in the wake of news that his ex-wife, MacKenzie Scott, is married, saying he is “happy and excited” for the couple.

“Dan is such a great guy,” Bezos said in a statement provided by an Amazon spokesperson on Monday. “I am happy and excited for the both of them.”

A rep for the company did not immediately respond to FOX Business' request seeking comment.

Bezos and Scott were married for 25 years before announcing the divorce filing in 2019. They have four kids together.

Scott and her new husband announced their nuptials on a Saturday post on the Giving Pledge, a campaign created by Bill and Melinda Gates and Warren Buffett, where the world’s wealthiest people detail their commitment “to dedicate the majority of their wealth to giving back.”

In a Saturday post under Jewett’s name, the Seattle teacher describes how, “in a stroke of happy coincidence, I am married to one of the most generous and kind people I know—and joining her in a commitment to pass on an enormous financial wealth to serve others.” The news of their marriage was first reported by The Wall Street Journal.

According to the Daily Mail, Jewett works for a private school attended by Scott's and Bezos' children.

As of Monday morning, Forbes estimated Scott's wealth as being $53 billion.