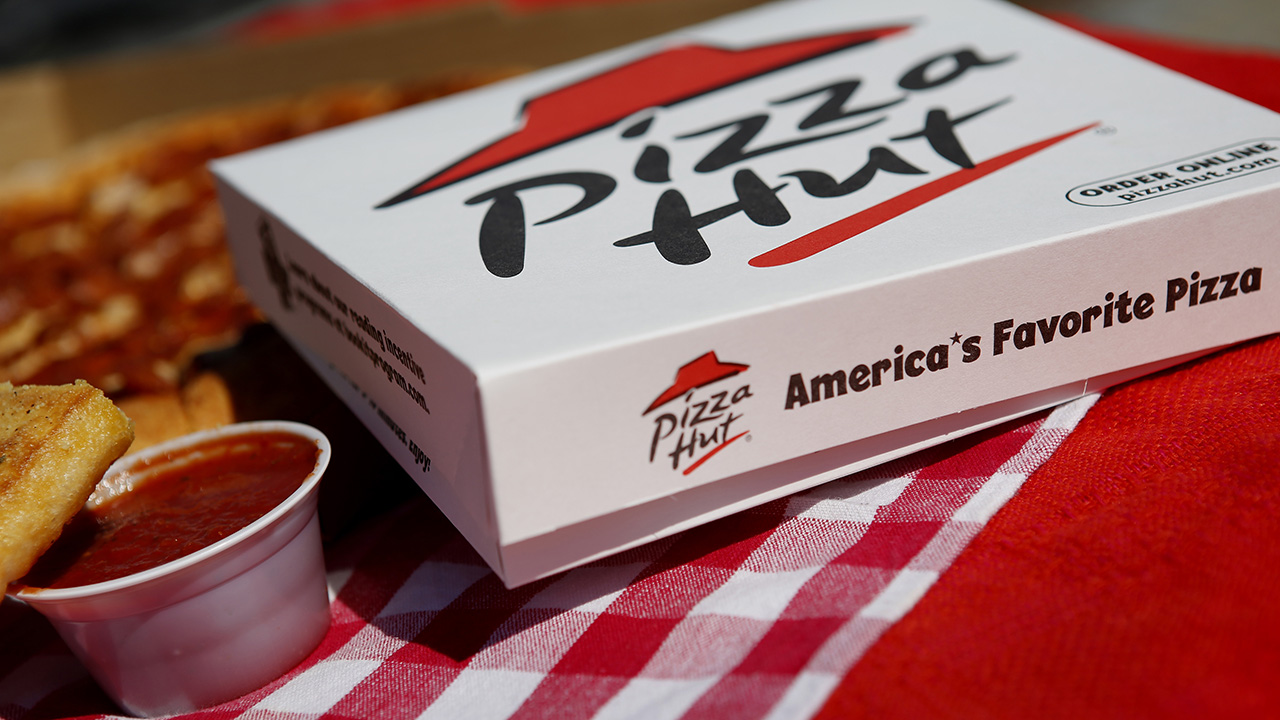 Pizza Hut Interim President Kevin Hochman on partnering with Beyond Meat to offer a plant-based topping, the impact of the coronavirus pandemic on business and its new gravity blanket.

Frank Carney, the co-founder of Pizza Hut and a lifelong entrepreneur, died on Wednesday morning at the age of 82, his wife Janie has confirmed.

Carney, who suffered from Alzheimer’s disease, reportedly passed while battling pneumonia, the Wichita Eagle reported. He had also recently recovered from COVID-19.

"The impact of Frank Carney’s entrepreneurship — and his decision to open the first Pizza Hut with his brother, Dan, in 1958 — can be felt by anyone with an appreciation for the brand's iconic red roofs and delicious pizzas," a Pizza Hut spokesperson said in an emailed statement shared with Fox News. "His legacy will live on in big cities and small towns across the country and around the world, in restaurants that for decades have brought people together and serve as a testament to his vision for the brand and his success as a business leader.

"We extend our deepest sympathies to the Carney family."

Carney and his older brother Dan began their pizza venture in 1958, when both were studying at Wichita State University. Using $600 loaned to them by their mother, the two brothers opened the first Pizza Hut — reportedly named so because “their sign only had room for eight letters,” according to Pizza Hut’s official account — in a small brick building that now houses the Pizza Hut Museum.

After growing their business, the Carney brothers would eventually sell Pizza Hut to PepsiCo for $300 million in 1977, though Dan would later claim that his younger brother probably “lost most of what he had made in Pizza Hut” pursuing other entrepreneurial ventures including real estate, oil, gas, automotive, and more, according to the Eagle.

Carney and his older brother Dan began their pizza venture in 1958, when both were studying at Wichita State University. Yum! Brands Inc. is scheduled to release earnings data on Oct. 8. Photographer: Patrick T. Fallon/Bloomberg via Getty Images

Still, Dan maintained that Frank Carney wasn’t “depressed,” but rather an “aggressive to build something new.”

One of those new ideas, oddly enough, was becoming a franchisee of the Papa John’s brand in the ‘90s, and famously appearing in a commercial declaring that he had “found a better pizza.”

Carney remained active as the largest franchisee of Papa John’s locations in the Wichita area, and one of the largest overall, until his diagnosis with Alzheimer’s.

His entrepreneurial spirit, meanwhile, was admittedly one of the traits he was most proud of, he admitted.

“I’m the luckiest guy in the world,” he once told the Wichita Eagle of his work.

The Associated Press contrinuted to this article.