It’s one of the key questions for our economy, our family relations and our basic ability to break from the routine: Is it safe to fly on an airplane?

The answer: not as safe as the airline industry would have you believe, but a lot safer than you might think.

Airplane cabins are heavily ventilated, and robust airflow, mixed with fresh air, seems to lessen the spread of the virus that causes Covid-19. Taken to its extreme, it’s the same idea that outdoors, with ample airflow and fresh air, is safer than indoors.

“Contrary to what people believe, you’re not flying through the air in a sealed tube,” says Amanda Simpson, vice president for research and technology at Airbus Americas.

DELTA MAY AVOID FURLOUGHS AFTER DEMAND FOR BUYOUTS, OTHER U.S. AIRLINES SOUND ALARM 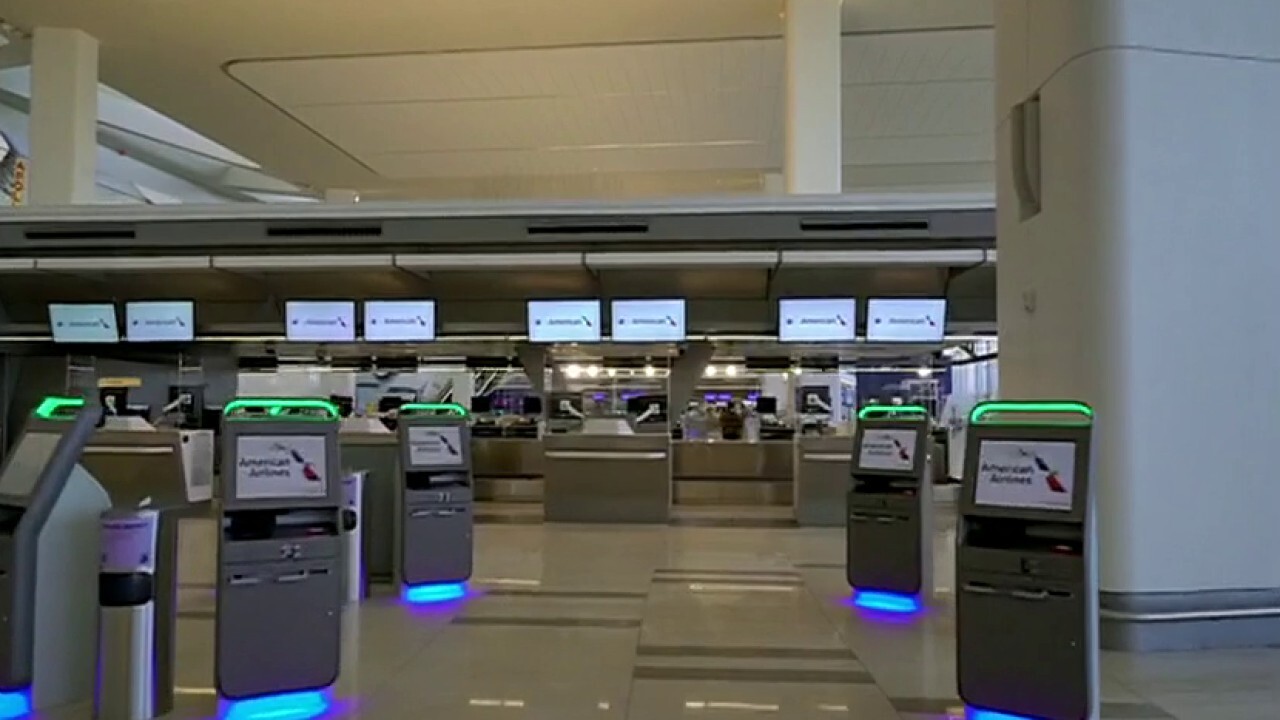 Airlines and airplane manufacturers are mounting a major push to build confidence among travelers. They claim the brisk ventilation, along with significant filtering of the air and a constant infusion of fresh air from outside planes, makes airplane air safer from the virus than many other indoor public settings such as office buildings and restaurants. Wearing masks and use of hand sanitizer after trips to the lavatory make the environment even safer, they say.

Some public health experts suggest the risks are greater: Airflow and filtering may not help if someone next to you coughs or sneezes on you. And there’s no getting around the fact that people are packed closer together on airplanes than just about any other public setting.

Airlines know this is a defining issue for the future of travel. A public-opinion study done in 11 countries for the International Air Transport Association, an airline group, the first week of June found that 65% of respondents listed sitting next to someone who might be infected as the top concern for people on aircraft. Using the restroom was second.

“The overall risk, I think right now, I would put it at moderate,” says Mark Gendreau, chief medical officer at Beverly and Addison Gilbert hospitals outside Boston and an expert on disease transmission on airplanes.

He was just asked to peer review a new study done in Germany by experts in airplane modeling that he thinks is instructive to travelers. The computer simulations showed the highest risk for Covid infection among air travelers is during boarding and deplaning. That’s when people are in close contact, sometimes with noses and mouths not far apart. Think of hoisting overhead bags into bins just above aisle-seat passengers.

Howard Weiss, one of the authors of a 2018 study identifying transmission paths for respiratory diseases on airplanes, says the comparison to office air and other settings may not be very relevant. “Offices don’t have seats packed like airplanes do,” says Dr. Weiss, a biology professor at Penn State University.

There are few known cases of transmission of coronavirus inside an airplane. Contact tracing after a flight March 31 between the U.S. and Taiwan with 12 symptomatic Covid-19 passengers on board revealed no onboard transmission among 328 other passengers and crew, according to an IATA report. A flight from China to Canada with one symptomatic passenger revealed no onboard transmission. However, preliminary research on a London-to-Vietnam flight on March 2 suggests that one passenger likely infected 14 others, 12 of whom were seated nearby.

SOUTHWEST AIRLINES WARNS IT MAY CUT JOBS WITHOUT JUMP IN TRAVEL

“If there were problems, the data would show it,” Mr. Seymour says.

Scientific studies over many years looking at previous virus outbreaks, as well as the current pandemic, suggest that viral transmission between passengers on planes is low on the whole. But it isn’t without risk. One study of SARS, another coronavirus, found one infected person on a flight infected 22 others.

“It is generally accepted right now that when the plane is in flight and the ventilation system is up and running, it does a really good job of clearing the air of infectious particles,” Dr. Gendreau says.

Scientists generally believe the biggest risk comes from someone near you coughing and sneezing. That’s why masks become so important. Aviation health experts point to previous studies done on pandemics, including SARS and H1N1, that showed that the risk of infection was higher for people seated within two rows of an infected person.

Because of a concern that some airlines may leave ventilation off even for a few minutes during boarding and deplaning, Boeing says it issued an advisory to airlines to use onboard power to run ventilation at full strength.

Airlines aren’t required to comply, and the U.S. has no regulations requiring cabin ventilation systems be operated on the ground, according to the Federal Aviation Administration.

Southwest, American and other airlines say they already have a standard practice of operating with full airflow on the ground as well as in the air. Southwest says its captains aren’t allowed to leave the cockpit until they confirm that the ventilation system is running on ground power.

Coronavirus is spread through droplets spewed from an infected person and ingested by others through the mouth, nose or eyes. Large droplets ejected by coughing or sneezing have been a concern, but increasingly scientists have suggested tiny aerosol particles emitted through breathing can hang in the air and do harm.

Most of the industry says ventilation and masks make it safe to put people in middle seats. Airlines also note that many planes have two seats on one side of an aisle, so there are plenty of times when you are seated shoulder-to-shoulder without regard to a middle seat.

The idea of blocking the middle seat seems a U.S. creation. A survey by consulting firm IdeaWorks found no effort to block middle seats among 17 non-U.S. airlines. Only Delta, Southwest, JetBlue, Alaska and Frontier are doing it.

Health experts say that even though you can’t social distance on an airplane, not having someone in the middle seat does reduce the chances of infection. For one, there are just fewer people nearby. And any extra distance, even under 2 feet, could help.

Recent calculations by Massachusetts Institute of Technology professor Arnold Barnett, an aviation statistics expert, found an occupied middle seat increased the odds of virus transmission by 79%. The chances were one in 4,300 with all seats full, versus one in 7,700 with an empty middle seat on an Airbus A320 or Boeing 737. In both cases, the risk is low, and he calls his own data “rudimentary,” but it suggests 90 people a day could be infected at current passenger loads of about 600,000 people a day on U.S. airlines.

The study doesn’t account for risks during boarding and deplaning or walking down an aisle to the lavatory. Dr. Barnett estimated the probability that a given passenger on board is contagious by averaging infection rates in New York and Texas in early July, assumed universal masking and used previous studies of virus transmission on planes.