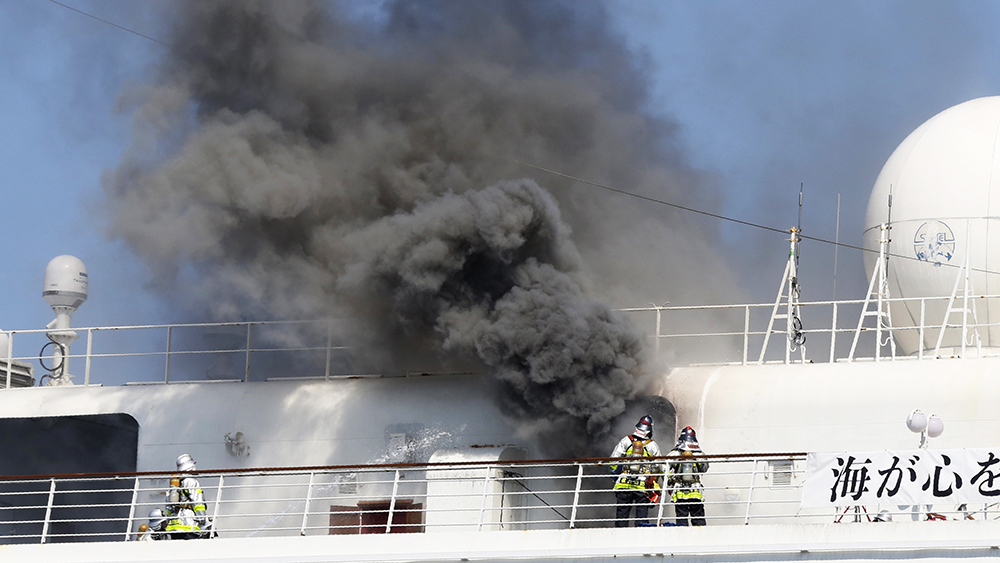 TOKYO — A fire broke out on a cruise ship docked at a port near Tokyo on Tuesday, with crew members and dozens of firefighters and coast guard personnel taking hours to extinguish it.

The cause of the fire was not immediately known, and the coast guard reported no injuries. No passengers were aboard.

The fire was extinguished after about three hours, coast guard officials said.

The local coast guard branch said the fire started in a storage area on the top deck of the Asuka II, one of Japan's largest cruise ships.

The operator NYK Line said 153 crew members were on board for essential duty and helped fight the fire.

The cruise ship has been docked in Yokohama Port, west of Tokyo, since early April after returning from Singapore, where it had undergone maintenance.