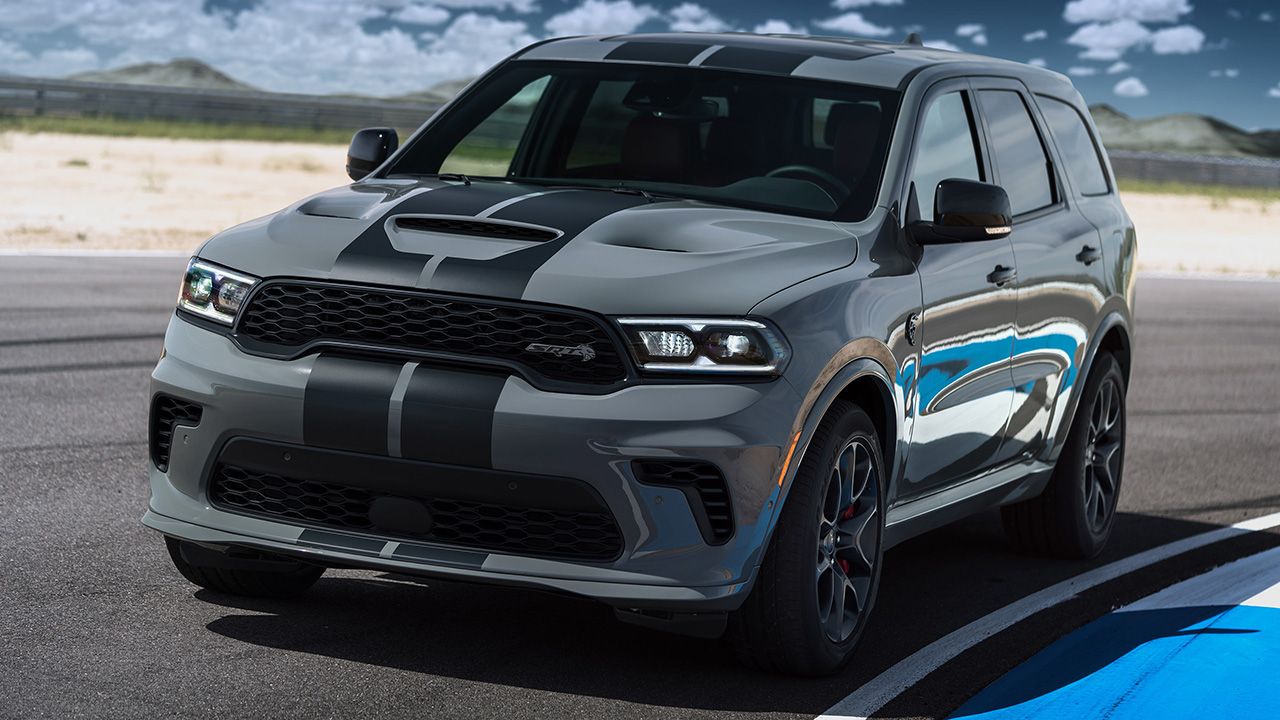 EXCLUSIVE - Dodge has introduced the most powerful SUV in the world.

The 2021 Dodge Durango SRT Hellcat features a 710-horsepower version of the supercharged V8 from the Dodge Challenger muscle car, but puts it in a package that can seat seven, tow 8,700 pounds and hit a top speed of 180 mph.

But does the world really need a vehicle like that?

"It absolutely doesn't, but people want it and that's why we have to do it," Fiat Chrysler Automobiles Head of Passenger Car Brands Tim Kuniskis told Fox News Autos.

Kuniskis is FCA's literal power broker and the man behind the so-called Hellcat engine, which is also offered in the Dodge Charger sedan and Jeep Grand Cherokee Trackhawk. Since its debut in 2015, the company has been selling over 10,000 vehicles powered by the monster motor annually at prices starting around $60,000.

Kuniskis said he initially underestimated the impact the Hellcat engine would have on the market and its longevity, but knows the hellacious fun can't last forever.

"Its days are clearly numbered because of the emissions requirements," he said.

In fact, the Durango SRT Hellcat will only be offered in 2021, because it can't meet the next stage of emissions requirements coming in 2022, but Kuniskis thinks technology will come to the rescue.

"Electrification is inevitable in this space. It will help internal combustion engines perform significantly better and in some cases electrification all by itself."

SHOULD YOU BUY A CAR AT COSTCO?

Dodge became the first U.S. brand to top the J.D. Power Initial Quality Study this year, despite having a lineup of vehicles that haven't been fully redesigned in about a decade, but Kuniskis thinks this is a strength.

"I believe we do a good job listening to our customers. We listen to them at events, we listen to them on the forums, we pay attention to what they're asking us for," he said about how the company decides where to allocate its engineering resources.