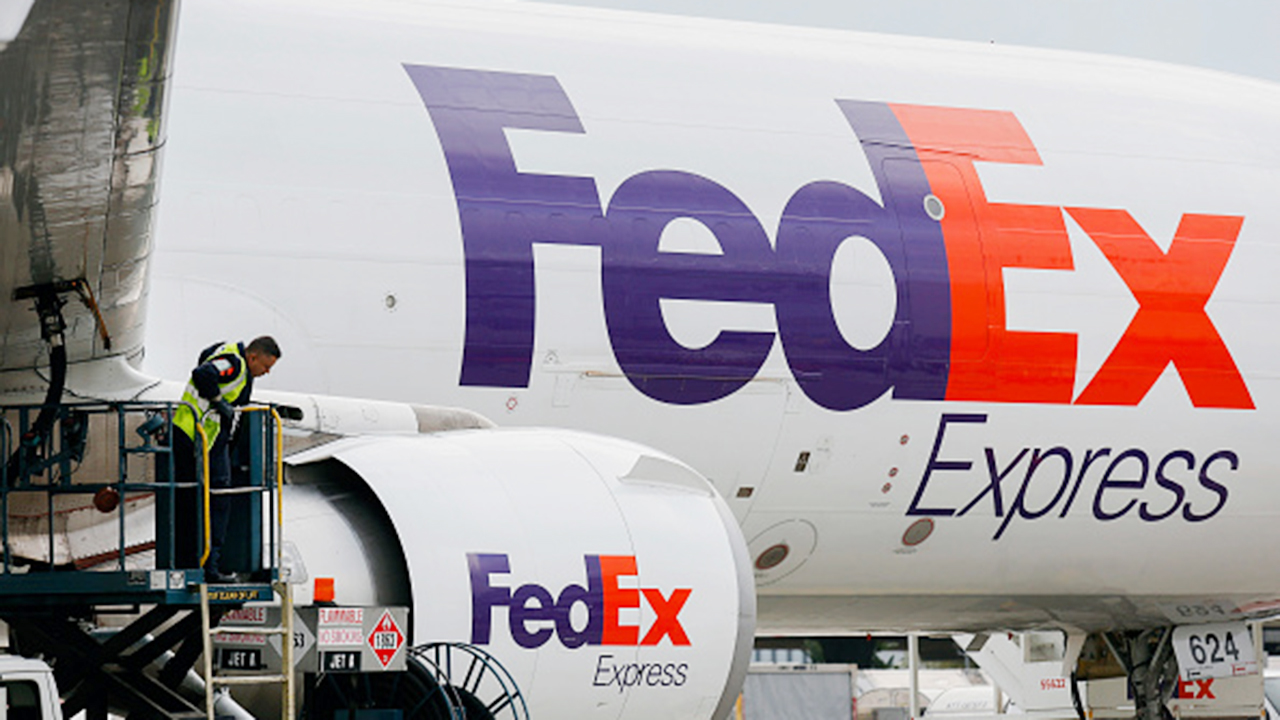 LOS ANGELES — A FedEx cargo jet made an emergency landing at Los Angeles International Airport before dawn Wednesday with sparks flying as the engine under its left wing appeared to drag along the runway.

One of the two crew members aboard was taken to a hospital for treatment of a non-life-threatening leg injury reportedly sustained while exiting the aircraft, said Margaret Stewart, a Los Angeles Fire Department spokeswoman.

The crew of FedEx Flight 1026, a Boeing 767, could not extend the left main landing gear before touching down around 4:50 a.m. after a flight from Newark Liberty International Airport, said Ian Gregor, a spokesman for the Federal Aviation Administration.

The FAA will investigate.

FedEx said in a statement said that company officials “are working with investigators to fully understand the matter.”

“We are grateful that our flight crew is safe and that no one was seriously injured," the company added.

The runway, one of four at the airport, was closed pending removal of the aircraft.