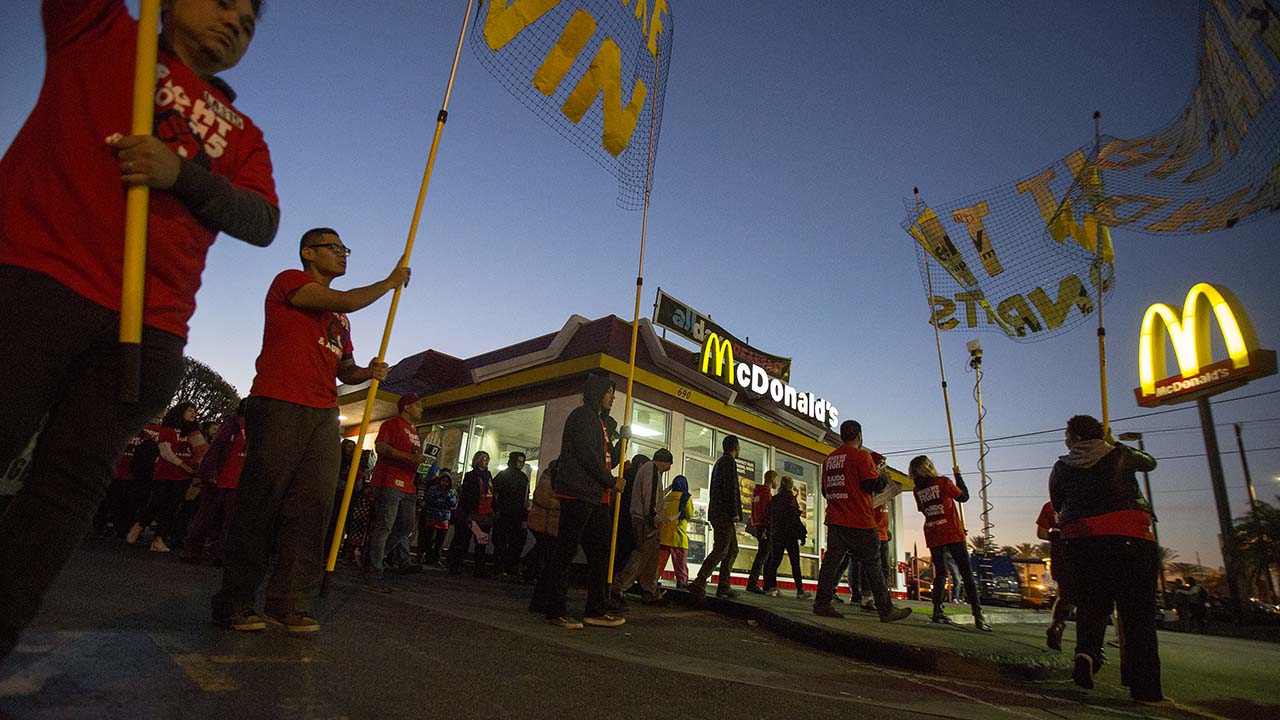 Workers at popular fast-food restaurants in 15 cities across America are planning to strike on Friday, in the hopes of convincing the incoming Biden administration to prioritize raising the federal minimum wage.

The strikes, which are being organized by Fight for $15 and a Union, are demanding just that — a $15 hourly minimum wage and the right to unionize without retaliation.

“Fast-food workers are going on strike January 15, on what would be MLK's 92nd birthday, to demand $15/hr and the right to a union! Workers will not back down until everyone makes at least $15!” the campaign wrote on Twitter.

In addition, Fight for $15 is also urging the Biden administration to ensure racial justice in the communities where fast-food workers are employed, as well as affordable health care. Per its website, the campaign would further like “McDonald’s and other giant employers” to be held accountable for “failure to protect essential workers” amid the ongoing coronavirus pandemic.

“The solution to low pay is clear. By raising the minimum wage to $15, we can benefit nearly 40 million Americans — predominantly women and workers of color — while reducing the racial wealth gap and giving millions of essential workers who put their lives on the line every day a permanent raise,” Fight for $15 writes, citing data from the Brookings Institute and the Economic Policy Institute.

A representative for the Fight for $15 campaign — which is primarily backed by the Service Employees International Union — was not immediately available to confirm which workers, and from which restaurants in which cities, would be participating,

The strikes will be at least partially staged with car caravans or on Zoom, USA Today reported.

McDonald's restaurant employees affiliated with the Fight for $15 movement are seen rallying around a location in Los Angeles during a strike in 2016. (Photo by David McNew/Getty Images)

Workers aligned with the Fight for $15 movement, however, have previously included those employed by McDonald’s, Wendy’s and Burger King, among others. The group has been organizing similar strikes demanding increased wages and fair representation since at least 2012, arguing that the minimum wage — currently $7.25 for hourly employees, or $2.13 per hour for tipped employees — cannot sustain the rising cost of living, and keeps workers under the poverty line.

Critics, meanwhile, have long held that raising the federal minimum wage would put strain on the employers and possibly put some companies out of business for good.

For now, at least, raising the minimum wage is currently a decision left up to each state, many of whom have plans to increase hourly pay in 2021.

Efforts to raise minimum wage to $15 on a national level have also been attempted in recent years, but have failed to pass in the Republican-controlled Senate. All of that may change in the near future after the Democrats gain control of both the House and Senate, as President-elect Biden has previously vowed “prompt action” on the matter.

“I’ve long said that we need to reward work, not just wealth, in this country. People in both parties now recognize it’s time to raise the minimum wage so hard-working people earn at least $15 an hour,” the president-elect stated last week.

Representatives for McDonald’s, Wendy’s and Burger King did not immediately respond to FOX Business’ request for comment.