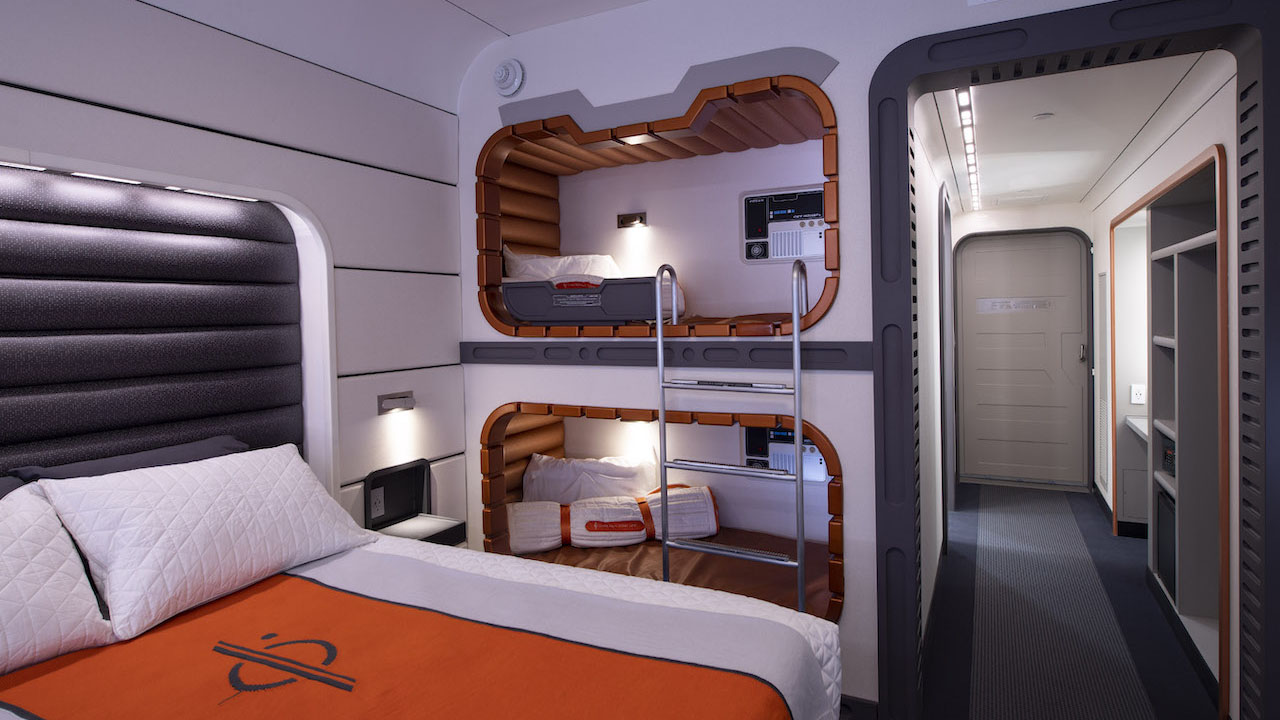 This must be what it's like to sleep in hyperspace.

Disney recently revealed updates to some of the projects that are in production at the company's theme parks, and in addition to new images of various rides that are still under construction, fans can get a peek at photos from its new "Star Wars"-themed hotel.

The cabins show off a futuristic look (or, a look from a long time ago in a galaxy far, far away) with view screens and futuristic paneling. (Disney Parks Blog)

Details of the first fully constructed rooms from the Star Wars: Galactic Starcruiser hotel were shared to the Disney Parks Blog this week. New photos were presented alongside renderings that had previously been revealed when the project was first announced.

The hotel will atttempt to recreate the experience of "living aboard a starship" from the "Star Wars" universe for two-day and two-night experiences, per the blog.

Each of the cabins will feature a futuristic look (or rather, a look from a long time ago in a galaxy far, far away) with view screens and "Star Wars"-inspired paneling. In addition to a normal bed, some of the cabins will include two smaller bunks built into the wall. And instead of a traditional window, rooms will feature viewports that display vast starfields, along with another spaceship flying by.

In other spacey news, Disney also revealed a preview of its new Guardians of the Galaxy: Cosmic Rewind roller coaster, which is described as a “family-friendly storytelling coaster.” The ride itself is said to be equipped with a new ride system that allows each vehicle to rotate 360 degrees. It will also be capable of a reverse launch, according to Disney.