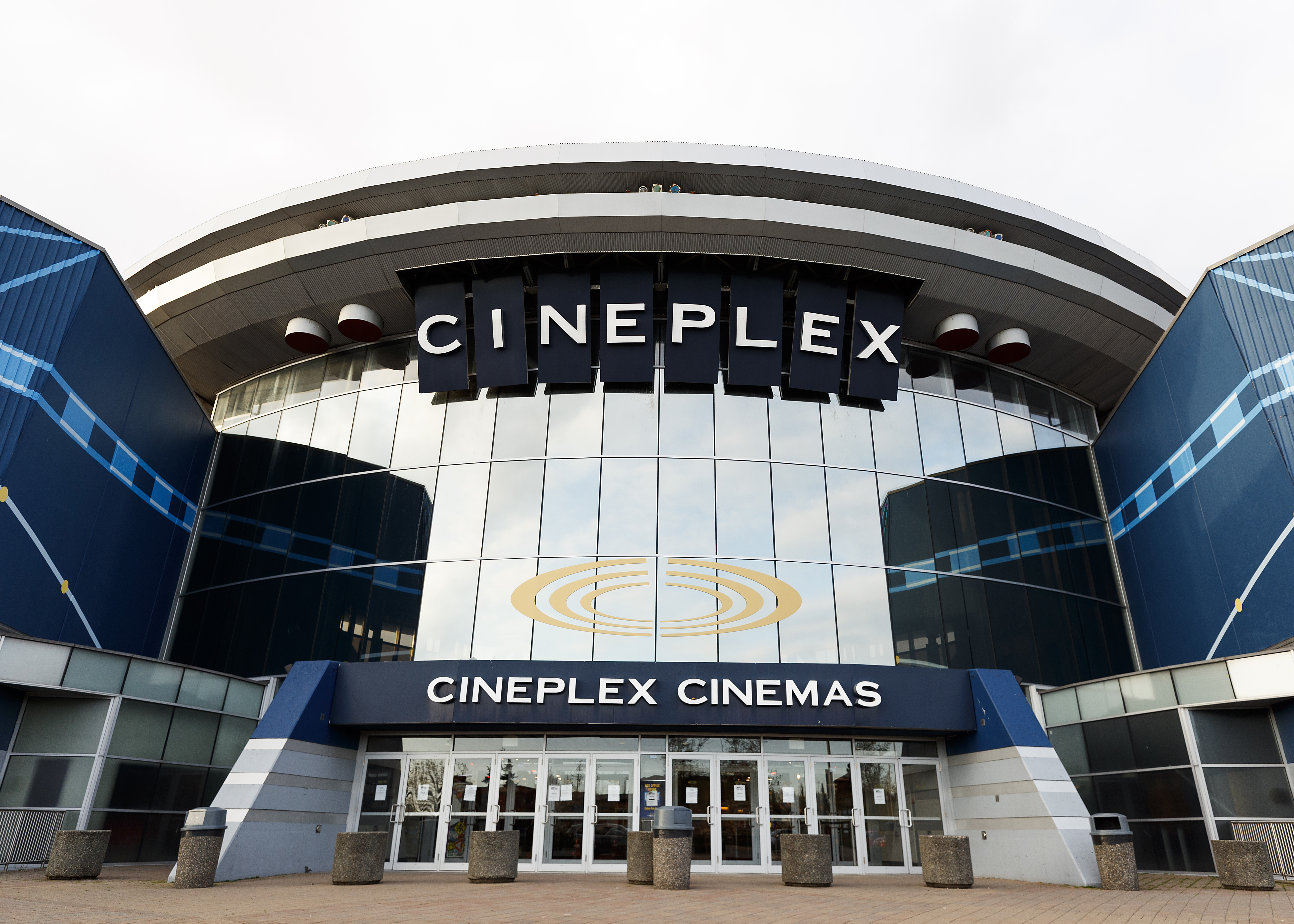 Private screenings will start at $95 each, according to The Hollywood Reporter.

The move comes after AMC, Cinemark and Alamo Drafthouse made similar announcements in response to a severe drop in attendance and revenue due to the ongoing spread of coronavirus.

The Hollywood Reporter states that during a call with analysts on Friday, Cineplex CEO Ellis Jacob said the company has been "severely impacted by COVID-19, resulting in substantial decreases when compared to last year."

Cineplex is set to offer private rentals for groups of up to 20 people, starting at US$95. (Photo by Andrew Chin/Getty Images)

Revenue dropped by 85.4% as well and the company has lost $92 million because of a lack of high-profile films hitting the big screen since early this year.

Christopher Nolan's "Tenet," accounted for 37% of the last quarter's box office revenues, and "The Spongebob Movie: Sponge on the Run" was responsible for 14.3%.

Jacob told the outlet he believes the company will thrive post-pandemic, pointing to Asia's massive box office numbers as proof.

"We really saw guests come back [for Remembrance Day]. They want that social experience," he said. "And as long as they feel safe and comfortable, and we made sure they did, we will see more of that rise in attendance as we move forward."

Cineplex's creditors extended covenant relief by six months. At the end of September, Cineplex had $350 million in outstanding debt and is burning about $15 million per month.

Sales of property and other assets may provide relief for theaters into 2021, rent forgiveness and a possible COVID-19 vaccine.

Additionally, Jacob believes that 2021 will be a strong year, as studios have pushed back their tentpole properties from this year, stuffing next year's calendar.

"Given the sheer volume of titles, it looks like we may have a new major release almost every week [next year]," he said.

"Wonder Woman 1984" is the last high-profile release of the year, set to hit theaters on Christmas Day, though Jacob noted there is potential for that to change as major moviegoing markets like New York and Los Angeles remain closed.

"At that moment they [Warner Bros.] haven't indicated that, but the risk is there," he said.