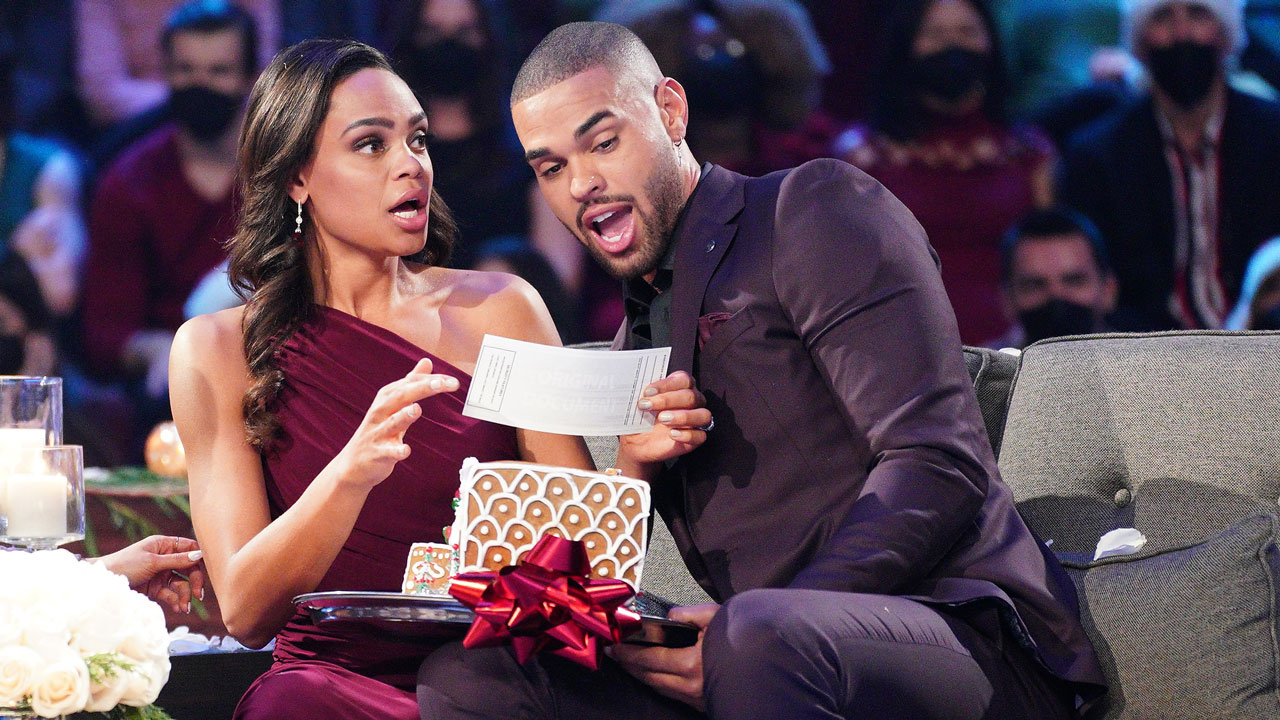 Michelle Young and Nayte Olukoya became the first "Bachelorette" couple to receive a $200,000 check to put towards a down payment on a home Tuesday night following the show's finale.

Host and former "Bachelorette" star Kaitlyn Bristowe presented the gift to Young and Olukoya during their first appearance as a couple on "After The Final Rose." Olukoya proposed to Young two months ago during the filming of the finale of the "Bachelorette."

New "Bachelorette" couple Michelle Young and Nayte Olukoya were gifted a $200,000 check to put towards a down payment on a new home. (Christopher Willard/ABC via Getty Images / Getty Images)

The couple admitted to Bristowe that they have begun house hunting after deciding Olukoya would make a permanent move from Texas to Minnesota, where Young lives.

Bristowe then presented Young and Olukoya with the gift from the "Bachelor family."

"We got you a little something," Bristowe said as someone dressed up as Santa came out carrying a gingerbread house.

The couple revealed Olukoya's plans to move to Minnesota to be with Young after getting engaged during the 18th season of "The Bachelorette." (Christopher Willard/ABC via Getty Images / Getty Images)

"That right there is from us in the ‘Bachelor’ family," Bristowe revealed as Young and Olukoya opened the gift. "And that is a — I'm going to cry — that's a down payment on your first home together."

Young and Olukoya seemed shocked after finding out what was inside. Young said, "It's $200,000" before sharing a kiss with Olukoya.

Young shared her thanks Wednesday on Instagram. The "Bachelorette" lead posted photos from "After The Final Rose" with a caption expressing her gratitude.

Olukoya got down on one knee and proposed to Young during the filming of the finale in Mexico. (Craig Sjodin/ABC via Getty Images / Getty Images)

"Last night was a special one for the Young and Olukoya family!" she began the post. "Nayte and I cannot express how grateful we are to have received the incredibly generous gift that we will be using to purchase our first home together! Although this @bacheloretteabc journey has come to an end, we are so excited to bring y'all with us as we start our life together! House warming invites to be sent soon #BachelorNation!"