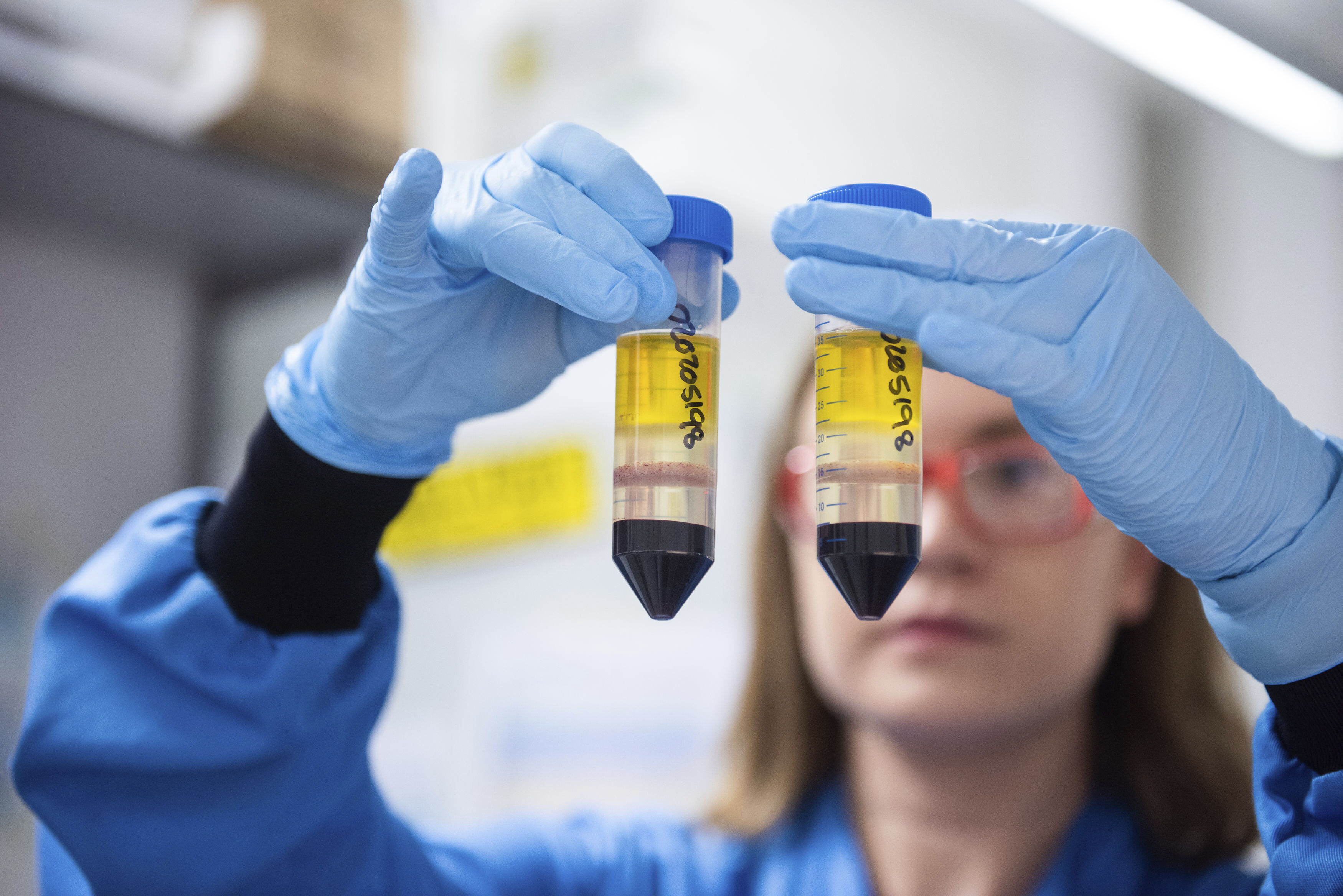 The shortfall comes as European leaders face heightened scrutiny over what critics say has been a slower rollout of several Western-developed vaccines than in the U.S. and U.K. It also comes after European officials clashed this week with Pfizer Inc. and BioNTech SE over the companies’ decision to cut their own planned deliveries of Covid-19 vaccines to the bloc.

The dual shortfalls put the Continent’s plans to accelerate its vaccine drive at risk. EU nations have placed big orders for the AstraZeneca shot, partly because it doesn’t require the cold storage needed for the Pfizer-BioNTech vaccine. Officials have been banking on the arrival of their AstraZeneca orders next month to speed up bloc-wide vaccinations.

FILE - In this undated file photo issued by the University of Oxford on Monday, Nov. 23, 2020, a researcher in a laboratory at the Jenner Institute in Oxford, England, works on the coronavirus vaccine developed by AstraZeneca and Oxford University. W

The AstraZeneca disclosure also threatens a fresh reputational hit to the British pharmaceutical giant, which partnered with the University of Oxford in developing the vaccine. AstraZeneca is responsible for manufacturing and distribution of the vaccine, as well as regulatory approvals.

The company has previously faced criticism over how it initially communicated results of the vaccine’s late-stage human trials.

AstraZeneca said it would still be able to start delivering vaccines upon anticipated approval of the shot in Europe, a spokesman said Friday evening. The European Medicines Agency is scheduled to review the AstraZeneca vaccine next week. If approved, the vaccine could start rolling out in early February.